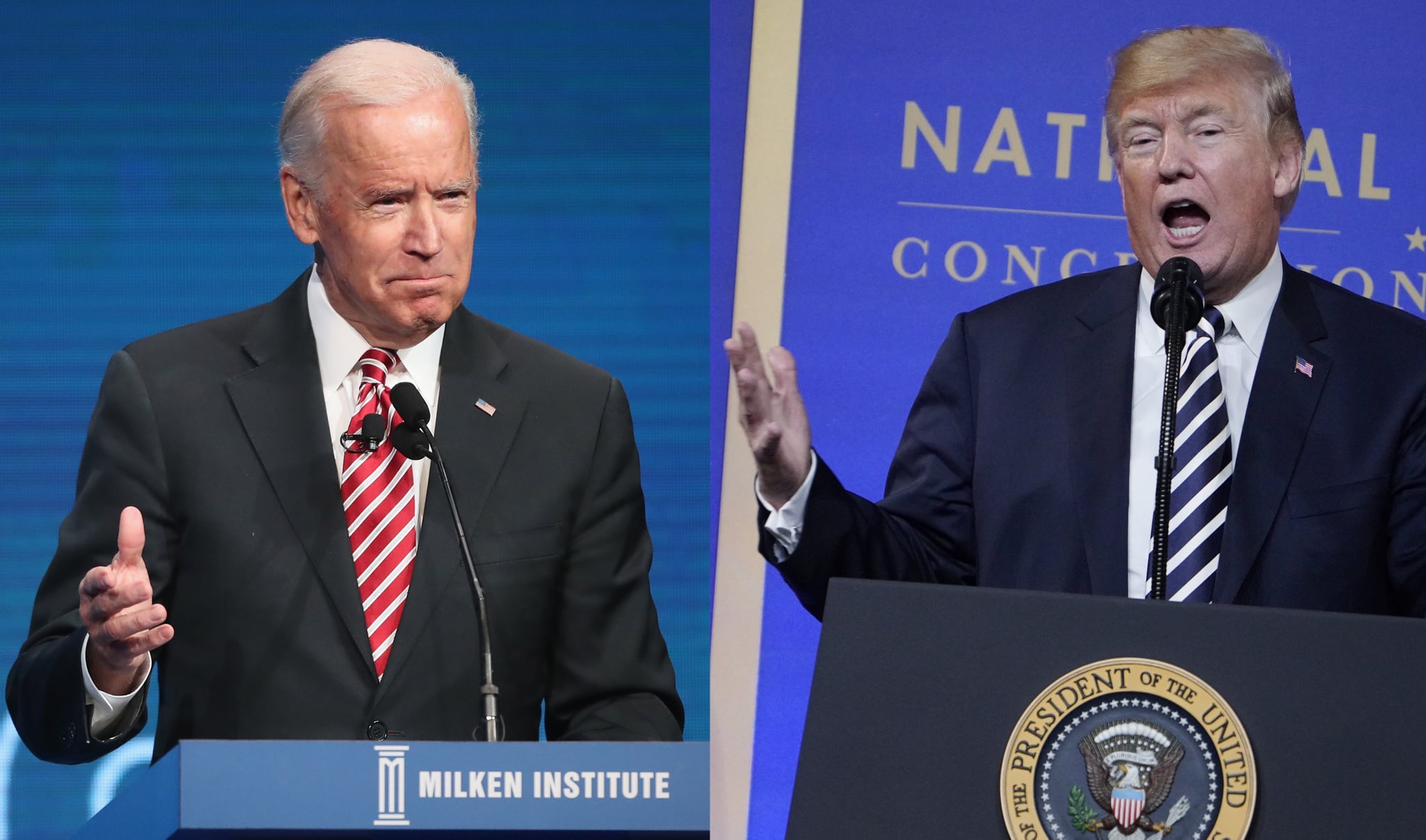 What happens when septuagenarian politicians threaten each other with physical violence? Nobody wins.

This is the basic understanding of the verbal row between former Vice President Joe Biden and President Donald Trump, two feisty men best known for their fiery ways with words. The battle features everything we could ever want: petty threats, Twitter bashing, third parties, and the reminder that American politics have devolved into the parking lot behind the cafeteria where lots of very old, very angry teens spar.

In one corner: Biden with the offensive. The former vice president gave a speech to students at the University of Miami on March 21 in which Trump was the punching bag: regarding Trump's 2016 "locker room talk" bombshell, Biden explained that men who talk like that are "usually the fattest, ugliest SOBs in the room" and noted that he refused to debate Trump, offering the primal response of, "If we were in high school, I'd take him behind the gym and beat the hell out of him."

Crazy Joe Biden is trying to act like a tough guy. Actually, he is weak, both mentally and physically, and yet he threatens me, for the second time, with physical assault. He doesn’t know me, but he would go down fast and hard, crying all the way. Don’t threaten people Joe!

In the other corner: Trump with the defensive. In keeping with 45's modus operandi, the president tweeted his reaction to Biden's words on the morning of March 22, employing 274 characters to fight back. "Crazy Joe Biden," Trump began. "He is weak, both mentally and physically . . . He would go down fast and hard, crying all the way. Don't threaten people Joe!" Trump then switched things up, throwing a Twitter punch at Hillary Clinton around the differences in their campaign strategies and uses of digital media.

For context: this is not the first brawl between these two men. In October 2016, Biden used the same high school comment to defame Trump. At the time, Trump responded days later that he "love[d] that" idea of a fight and called Biden "Mr. Tough Guy."

Today, the fight rings of rehashed bygones amplified to a more presidential degree. It has also rallied a slew of fellow older folks who are tossing their takes on this juvenile fight: Sheriff David Clarke offered a homophobic question about why Biden is "hanging around all those locker rooms"; Sen. Ben Sasse commented the sassy "both of our crazy uncles are fistfighting in the backyard" when they should be handling DC debt; and Arizona Sen. Jeff Flake joked about the fight in regards to a snowball fight he had with Sen. Cory Booker.

There is no clear winner on this happening, but one thing is known: this is the sort of behavior that makes no one look good. At the time of Biden's 2016 high school comment, political consultant Frank Luntz summed it up best, noting how "unpresidential" the matter was. Today, the thoughts are reiterated by CNN's Chris Cillizza, who summed up the fight best: "This is all dumb."

Space
There Are a Ton of Moon Events Happening in 2020, Including a Blue Moon on Halloween
by Emily Weaver 5 days ago

Tweens and Teens
New Bill Could Make Cell Phones Illegal For Teens, and This Shouldn't Be Controversial at All
by Kelsey Garcia 6 days ago