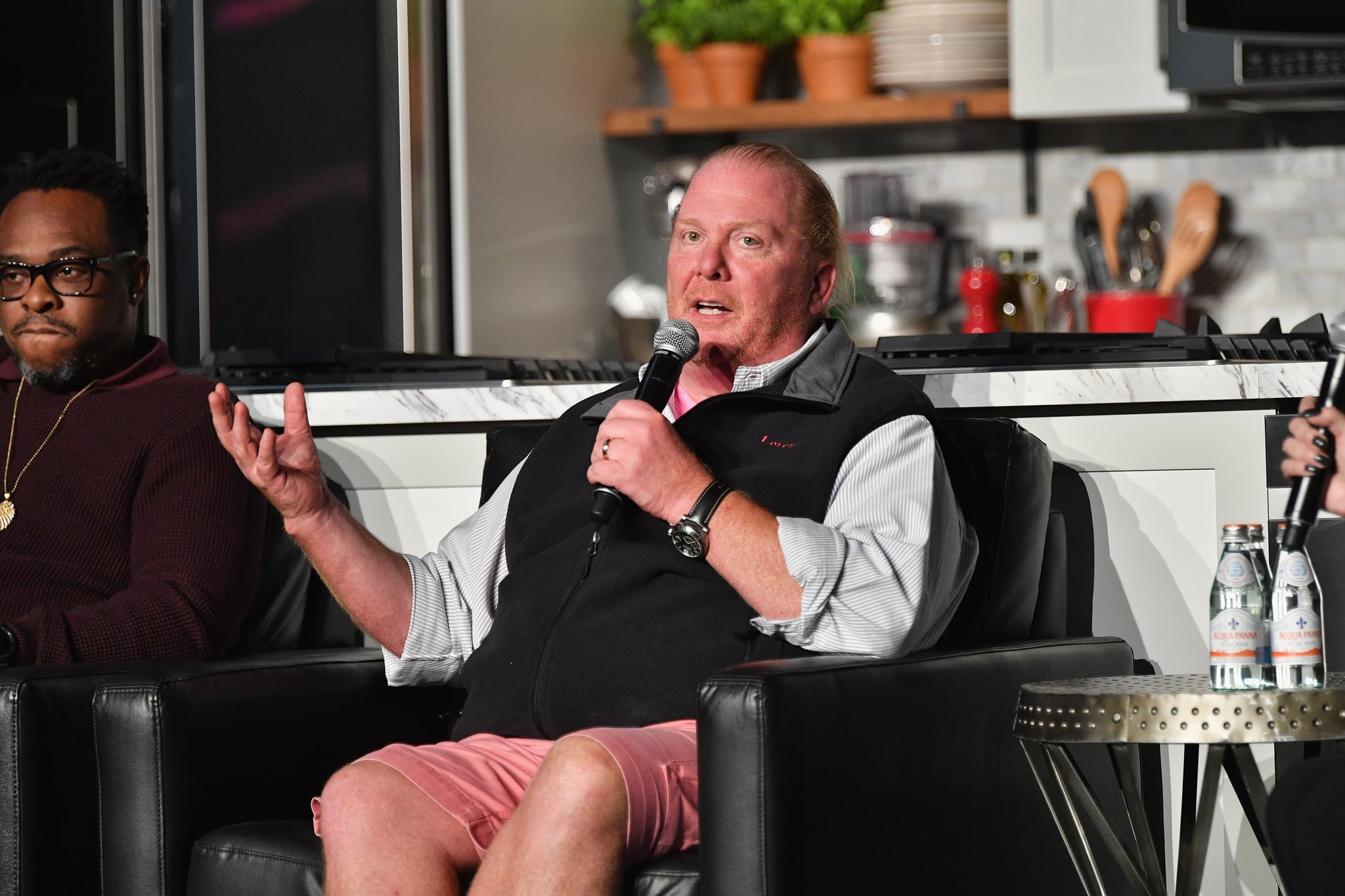 As the waves of change continue to crash against the walls of patriarchy, yet another story of sexual misconduct has come to light: four women have accused Mario Batali, celebrity chef, restaurateur, and star of ABC's The Chew, of sexual misconduct, as part of a sweeping review of allegations by Eater.

His accusers — who wished to remain anonymous for fear of retribution — include fellow chefs and former employees, all of whom cited groping and inappropriate grabbing and language by Batali. In response to the story, the chef has already stepped down from his post at Batali & Bastianich Hospitality Group — the company behind 24 restaurants primarily owned by the chef and Joe Bastianich — in addition to leaving his hosting duties on The Chew.

The allegations are in no way recent and date as far back to the 1990s at Pó, the New York City restaurant that made Batali a star. They also come after decades of lewd language and physicality in the workplace on Batali's behalf, as well as a prior allegation of misconduct that led to a formal reprimand and required Batali to undergo sexual harassment training.

And no one should be surprised https://t.co/DCLvDzNYwO

One twist in the story is that Batali hasn't denied the allegations but instead has stated that they "match up" with what he recalls. Moreover, Batali's apology breaks from the norm of high-profile men deflecting responsibility in their attempts to seek penance. "I apologize to the people I have mistreated and hurt," Batali said in a statement. "That behavior was wrong and there are no excuses. I take full responsibility and am deeply sorry for any pain, humiliation or discomfort I have caused to my peers, employees, customers, friends and family."

"I have work to do to try to regain the trust of those I have hurt and disappointed," he continued before adding, "The failures are mine alone."

While sexual misconduct and harassment are pervasive in all industries, the world of food service is known for being a toxic boys' club that reinforces gender inequality in kitchens. Batali's behavior reinforces these assumptions of the food world and follow the recent, similar falls of celebrity chefs like John Besh and Johnny Iuzzini, which emphasize just how strongly the tides are turning.