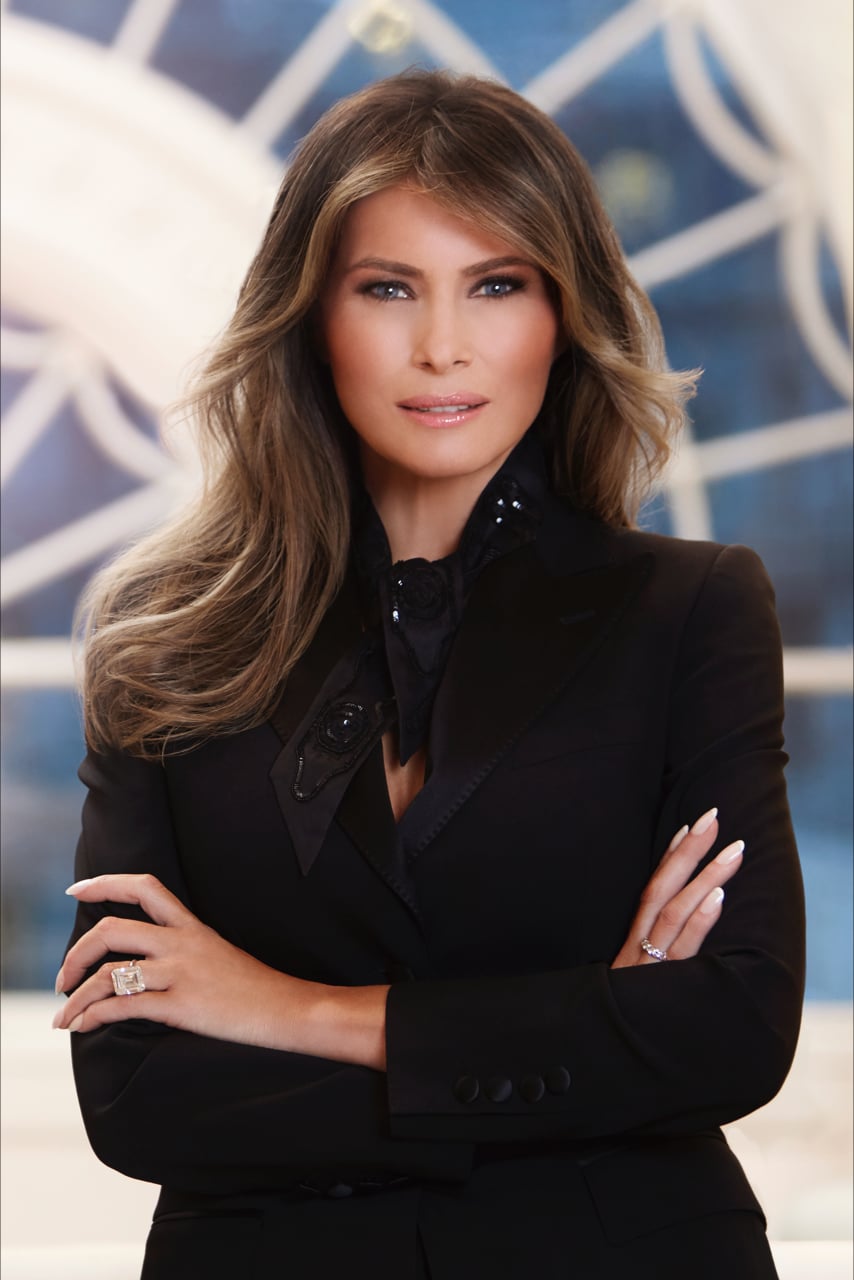 The White House released Melania Trump's official portrait as first lady on April 3, and a flurry of hilarious reactions on Twitter ensued because, well, that's what Twitter is for.

Take a gander at some Twitter reactions to the shot below.

Congrats to Melania on her official portrait pic.twitter.com/SuTfebTtTI

How they FaceTune an official White House portrait? Bye https://t.co/QPysRywVsQ

@TheCut five instagram filters and the liquefy tool in photoshop?

The White House did not reveal the name of the photographer who took Trump's portrait. However, the first lady did offer a comment on her duties in a statement. "I am honored to serve in the role of First Lady, and look forward to working on behalf of the American people over the coming years," she said.