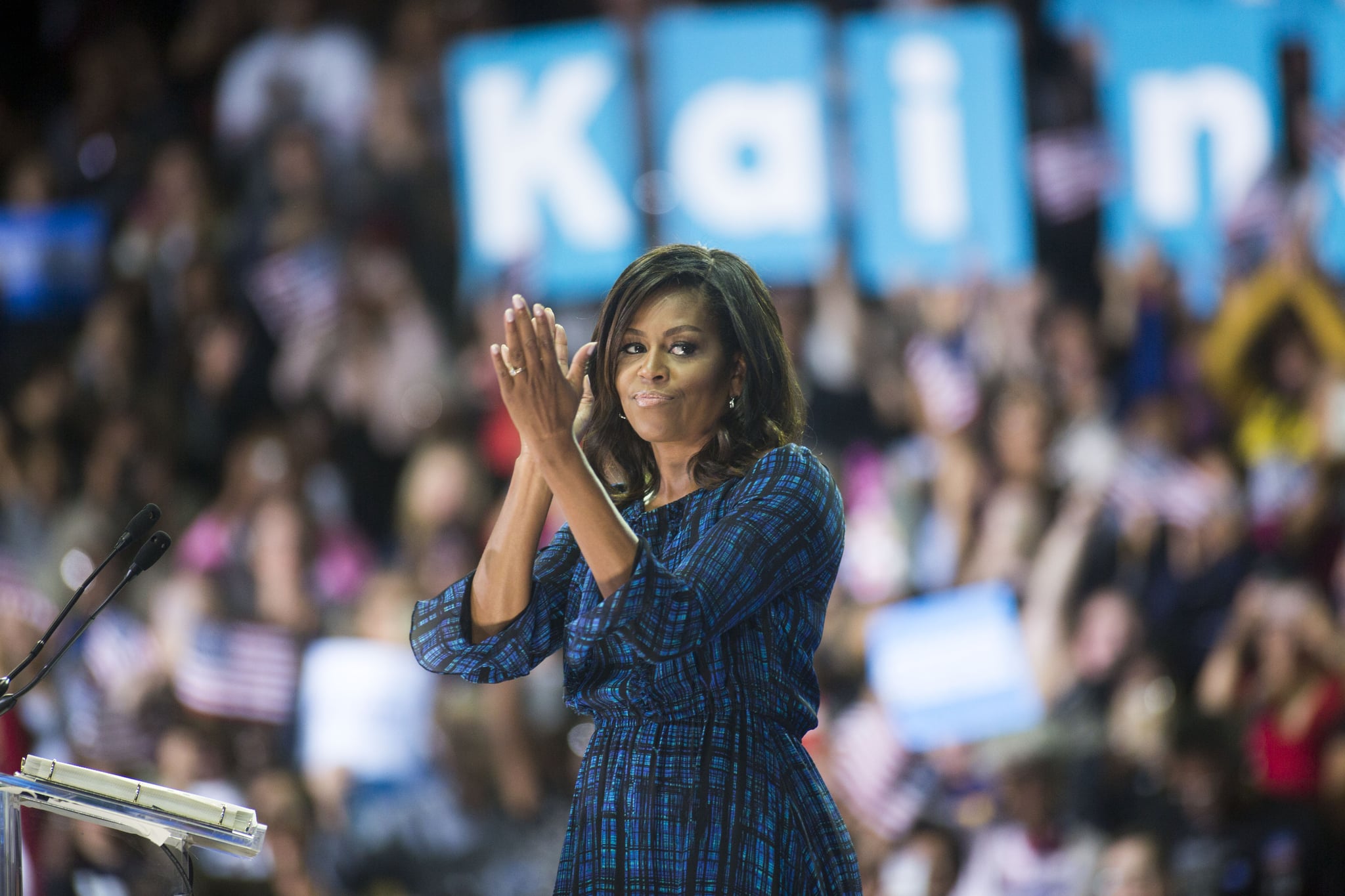 The first lady appeared in Philadelphia to campaign for Hillary Clinton this morning. Standing beneath a banner reading her now famous, "when they go low, we go high" remark from the DNC, Michelle Obama addressed a crowd at LaSalle University. During the speech, she encouraged people to simply vote because casting a ballot could "swing an entire precinct."

.@FLOTUS: "If you vote for someone other than Hillary" you are helping elect her opponent. https://t.co/9wvTkt4ZYM

Obama also made a plea to those voters who are considering not voting or voting for a third party candidate out of apathy for Clinton. Without even mentioning Donald Trump by name, she urged those people to reconsider: "You could also help swing an entire precinct for Hillary's opponent with a protest vote or by staying home out of frustration." Obama went on to remind those voters that either Trump or Clinton will be elected in November and that "the stakes are far too high" to not vote for Clinton.

"We need an adult in the White House," @FLOTUS at campaign stop for @HillaryClinton at @LaSalleUniv #Decision2016 https://t.co/QvVYKY4KqL pic.twitter.com/CZ0M2w7y9c

Her speech was not just about the importance of voting, she also denounced Trump more than once. "A president just can't pop off or lash out irrationally. No, we need an adult in the White House," she said.

Celebrity News
Barack Obama Celebrates 30 Years With Michelle Obama: "I Won the Lottery That Day"
by Chanel Vargas 4 days ago