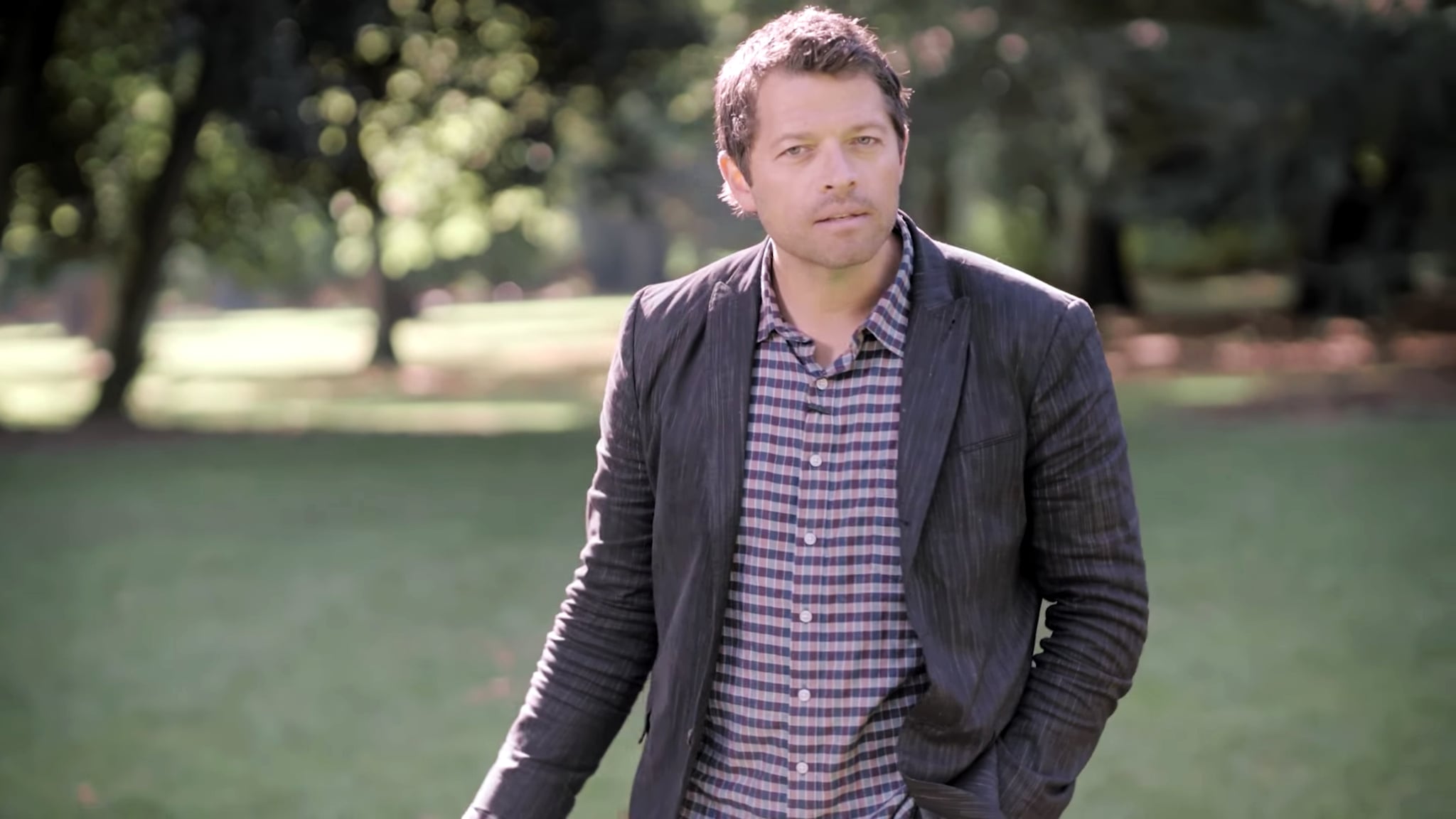 Nov. 7 marks the Washington state general election. Of all the current legislative races, perhaps none is more important than the District 45 State Senatorial race between Democratic candidate Manka Dhingra and Republican candidate Jinyoung Lee Englund. If Dhingra emerges victorious, it could mean that the entire West Coast is governed by Democrats. On top of mounting worries that Dhingra may not win, there's another preoccupation that often plagues smaller elections: actually getting people to vote.

In hopes of upping engagement, Dhingra's campaign released a new ad urging Washington state residents to vote. The one-minute video features state residents who are passionate about spreading Dhingra's message. Among them is Supernatural star Misha Collins, a Washington resident. Just ahead of the election day, we spoke on the phone with Misha about the dire importance of participating in smaller elections and how they can sometimes enact more change than the presidential race.

Collins has always been interested in politics — he admitted he once had hopes of becoming a politician and even worked as a White House intern during the Clinton presidency. Ever since the election of Trump, though, he's felt more inclined than ever to be more outspoken about political causes. In the context of Senatorial elections, like the Washington state race at hand, Collins explained how one vote can actually go a long way. "Your vote actually counts a lot more," he explained, "because your electorate peers tend to be less engaged. So when people do pay attention to local politics (and those are the politics that often affect you the most), you can also be a more influential voice."

It's true that all demographics are guilty of political apathy. After all, only 55 percent of voting age citizens participated in the 2016 election. But, as many have noted, perhaps the youngest generation is the least motivated of all. In Collins's opinion, part of the blame lies in the fact that we live in such a divisive time. "I mean, I actually feel terrible for young people who are growing up into the particular political climate that we have right now," he admitted. "I feel like in past decades, we had a much more reasonable debate where I felt like you could reasonably understand the other side. And now there's so much disinformation and propaganda and abuse of power going on that it's very difficult to understand what's really happening, and it seems like it's a situation that could foster a lot of cynicism."

"Young people are for sure a thorn in the side of the Trump administration and his ilk. And I feel like they could be the ones that save us."

Collins hasn't given up on the youngest voters in America. As a matter of fact, he hopes the bleak state of affairs might inspire them to become more involved. "I hope that the flip side of that is that people can see just how bad things can get if you are apathetic. I think a lot of people brought some apathy to the plate in the last election cycle, and the result of that was kind of catastrophic. Now, that's been a big wake up call for people, and they see that they need to be politically engaged." It's not just that the participation of young voters could help change things. Collins actually believe they're the antidote to the Trump administration. "Young people are for sure a thorn in the side of the Trump administration and his ilk. And I feel like they could be the ones that save us. Young people have an opportunity to chart the course of this country."

Therein lies the other piece of the puzzle: hope. Collins admits that he's shockingly optimistic, in the face of everything. In fact, he reveals, his friends call him a "pathological optimist." When asked how he maintains this silver-lining attitude, he mentioned a quote that was recently resurfaced from Supreme Court Justic Ruth Bader Ginsburg. "A great man once said that the true symbol of the United States is not the bald eagle," she told BBC back in February. "It is the pendulum, and when the pendulum swings too far in one direction, it will go back." Collins cited this pendulum as something to cling to as we look forward to a brighter future.

"Right now, I feel like the pendulum is swinging in the wrong direction," Misha said. "We're seeing a resurrection of the KKK, and white supremacy, and these deeply hateful things that I think a lot of us thought were mostly vestiges of a former era. All of the sudden, they've been flushed into the open because they have a president who has tacitly embraced them. But I hope and I trust that the pendulum swings back in the other direction and drags the momentum of the country in a forward direction. When we see that these things are still simmering under the surface in our culture, it wakes us up. And now, it's a moral imperative that we be politically engaged. It's absolutely unacceptable to stand back at this moment in history and pretend like everything is fine. It's not."

And it's not just the election in Washington that citizens need to show up for as Americans who want to enact positive changes. As Collins phrased it, "there are a lot of critical races right now." We're each responsible for voting in our respective cities, counties, and states. "There's a very important gubernatorial race happening in New Jersey, and another in Virginia," Collins said. "And up in Alabama next month. So, we all need to be, across the country, engaged. At this moment."

Personal Essay
I Weathered the Winter Storm in Texas, but It Left My Anxiety at an All-Time High
by Sydni Ellis 6 days ago