In honor of LGBT Pride Month in June, the NBA released a line of team t-shirts on Tuesday celebrating the community. Thirty different shirts feature a rainbow logo for each basketball team in the league and are a collaboration between the NBA and the Gay, Lesbian, and Straight Education Network (GLSEN).

According to Outsports, the apparel line is the first to be done in men's professional sports. Although MLB, NHL, and NFL have all showed their LGBT support in the past with a similar line of products, the NBA's shirts mark the first time an entire league's logos are in rainbow.

"Professional sports showing up for LGBT people is one of the biggest cultural developments of the last decade, and really the last five years," GLSEN executive director Eliza Byard told Outsports. "The NBA has been showing up for LGBT youth and for GLSEN for a number of years. Having this be a league-wide initiative, knowing any LGBT fan in the country can choose to celebrate their team and themselves with one of those shirts, that's a whole new thing."

The WNBA will be celebrating WNBA Pride for its third year and has unveiled pride t-shirts with Adidas in addition to other forms of support.

Fans will be able to score their own NBA Pride shirts and hoodies on Teespring's website for a limited time — now through June 13 when the campaign ends.

LGBTQ+US News
Around The Web 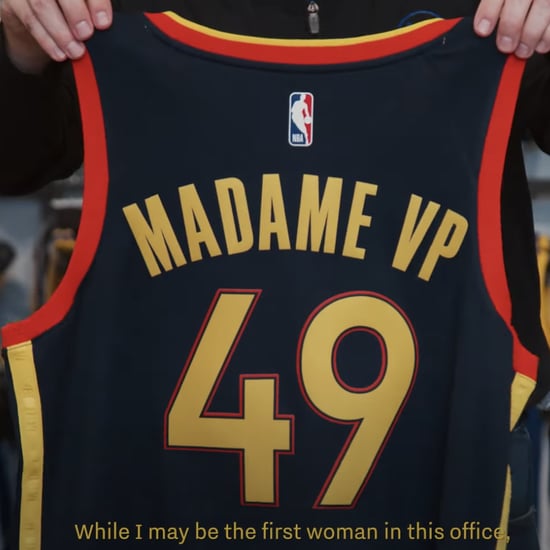 Fashion News
Sorry, but Ella Emhoff's Crystal-Embellished Coat Stole the Show at the Inauguration
by Victoria Messina 7 hours ago