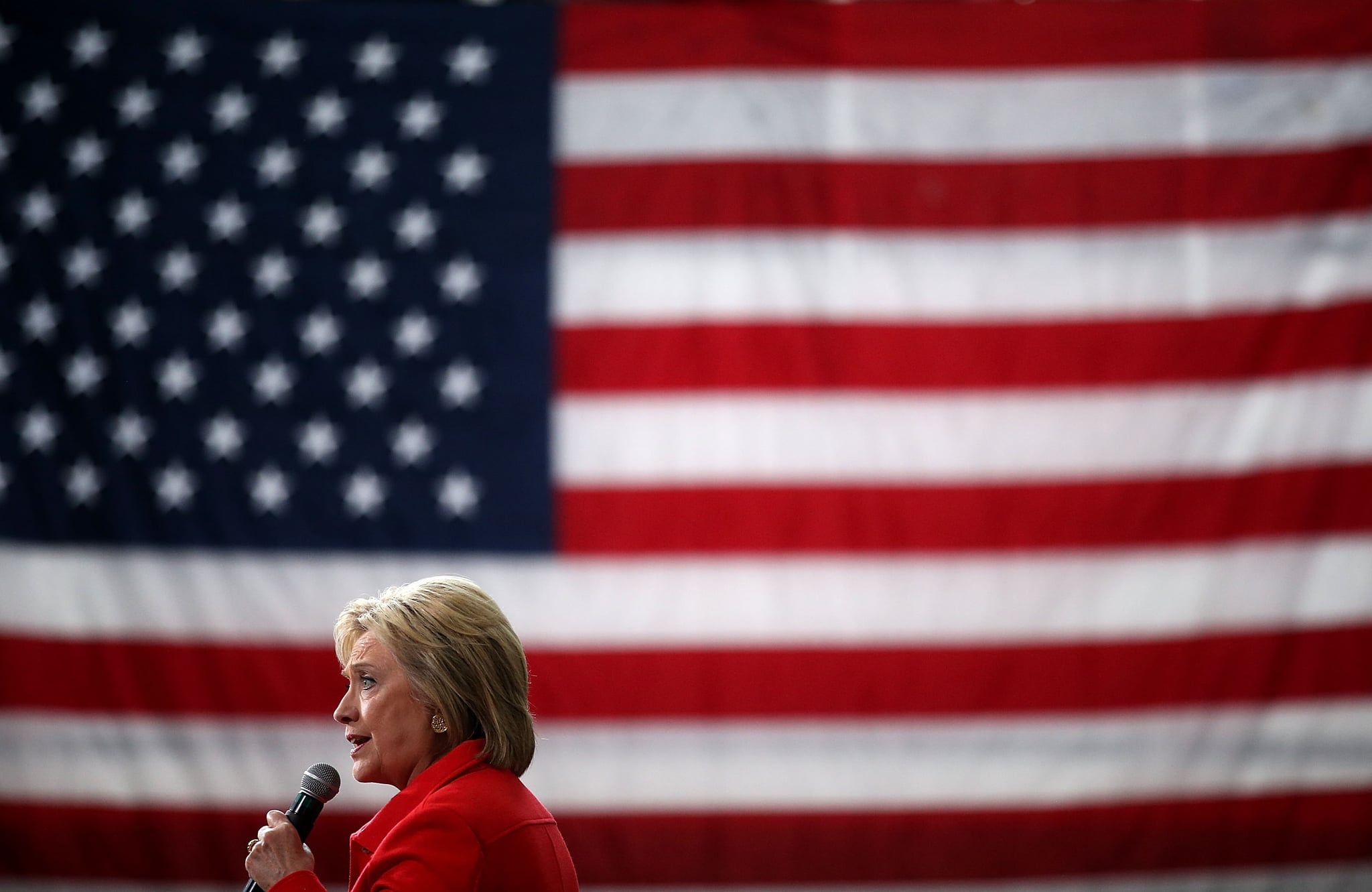 As she races toward the presidency, Hillary Clinton just scored major influence points. The New York Times endorsed Clinton for the Democratic nomination on Saturday, calling her "one of the most broadly and deeply qualified presidential candidates in modern history." Aside from praising her political experience and foreign policy platform, the article highlighted her impressive push for more women's rights.

When it comes to the economy, the Times said her pledge to support working Americans can be seen in her "lifelong fight for women," since many labor problems affect women the most — i.e., child care, paid sick leave, and unpredictable schedules.

"Mrs. Clinton is keenly aware of the wage gap for women, especially for women of color," the newspaper's editorial board wrote. "Her knowledge comes from a commitment to issues like reproductive rights that is decades old. She was well ahead of Mr. Sanders in calling for repeal of the Hyde Amendment, which severely limits federal money to pay for abortions for poor women."

The Times editorial board endorses Hillary Clinton for the Democratic primaries: https://t.co/SecBKMEMhC pic.twitter.com/UPRvOfNUI7

Bernie Sanders has advocated for women, no doubt, and has pushed for equal pay and more reproductive rights. So why didn't the Times endorse him? Not only does it believe that "Mr. Sanders does not have the breadth of experience or policy ideas that Mrs. Clinton offers," but also that some of his plans — such as his proposal for a new health care system that offers Medicare for everyone — simply aren't realistic.

The Times brushed over criticisms of the former secretary of state, like her use of a private email server, concluding that she presents a vision "in which middle-class Americans have a real shot at prosperity, women's rights are enhanced, undocumented immigrants are given a chance at legitimacy, international alliances are nurtured, and the country is kept safe."

This is the second time The New York Times has endorsed Hillary Clinton for the Democratic nomination — it did so in 2008 when she was running against President Barack Obama. On the Republican side, the Times threw its support behind Ohio Governor John Kasich, calling him "the only plausible choice for Republicans tired of the extremism and inexperience on display in this race." The endorsements come just before the Iowa caucus on Monday, which is the first time state residents will vote for who they want to win the party nominations.