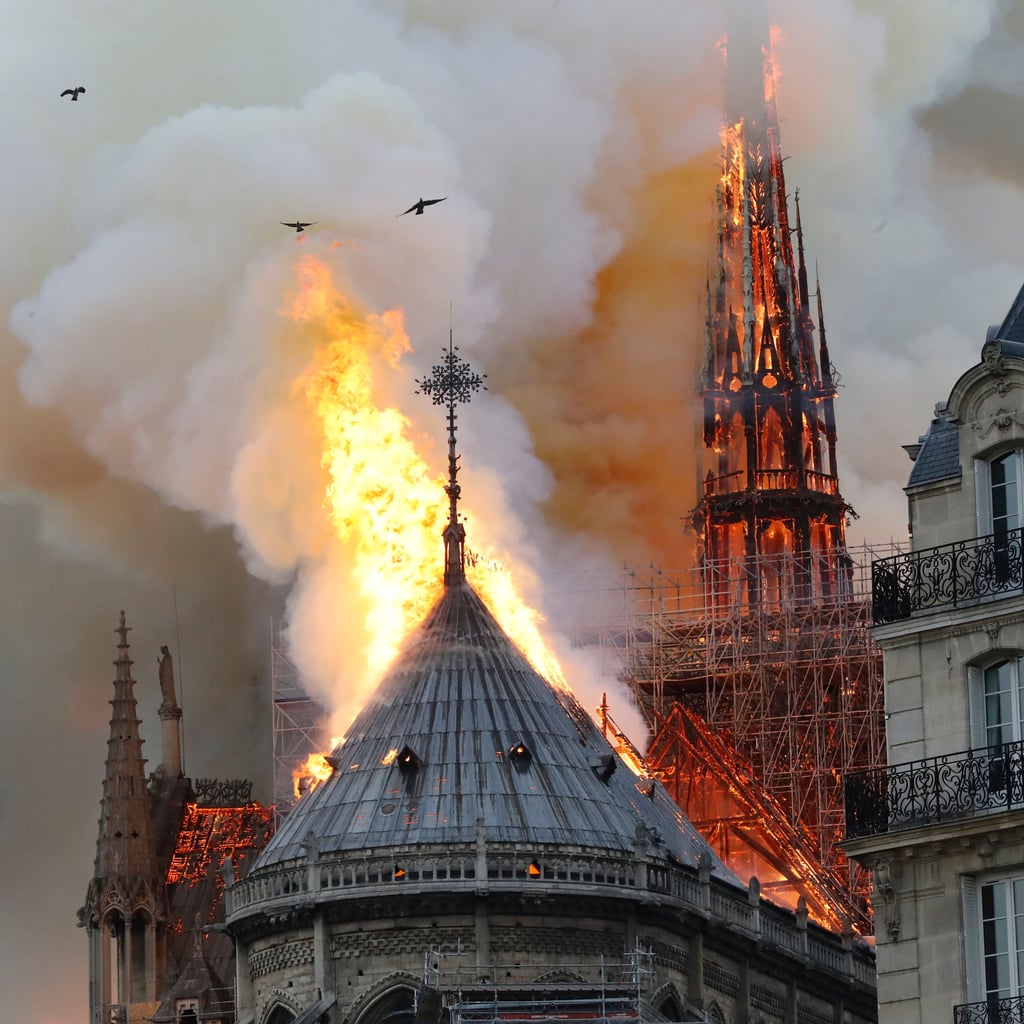 The Notre-Dame Cathedral in Paris Catches Fire, Causing the Spire to Collapse

Update, Paris, 11 p.m. — Notre-Dame's main structure has been "saved and preserved," according to a Paris fire official. "We can consider that the two towers of the north belfry Notre-Dame have been saved," he told BFMTV. "The structure of Our Lady is saved as a whole."

Original post: Smoke filled the air in Paris after a fire broke out at the historic Notre-Dame Cathedral around 6:30 p.m. on April 15. While the cause of the fire was not immediately apparent, French authorities say it may be linked to ongoing renovation work, according to BBC. Paris Mayor Anne Hidalgo announced the news on Twitter, writing, "The Paris firefighters are currently trying to stop the flames. I ask everyone to respect the security boundaries."

The cathedral's spire has since fallen and the roof has collapsed. "Everything is burning, nothing will remain from the frame," Notre Dame spokesman Andre Finot told French media. Built in the 12th and 13th century, the 856-year-old cathedral had its original spire removed in 1786, as it had weakened over time. "The building was evacuated, with no immediate signs of anyone being injured," Finot added. Hundreds of firefighters are directing all efforts towards saving what they can of the cathedral, which is one of the most visited tourist attractions in the world. See videos from onlookers and photos of the devastating event ahead.