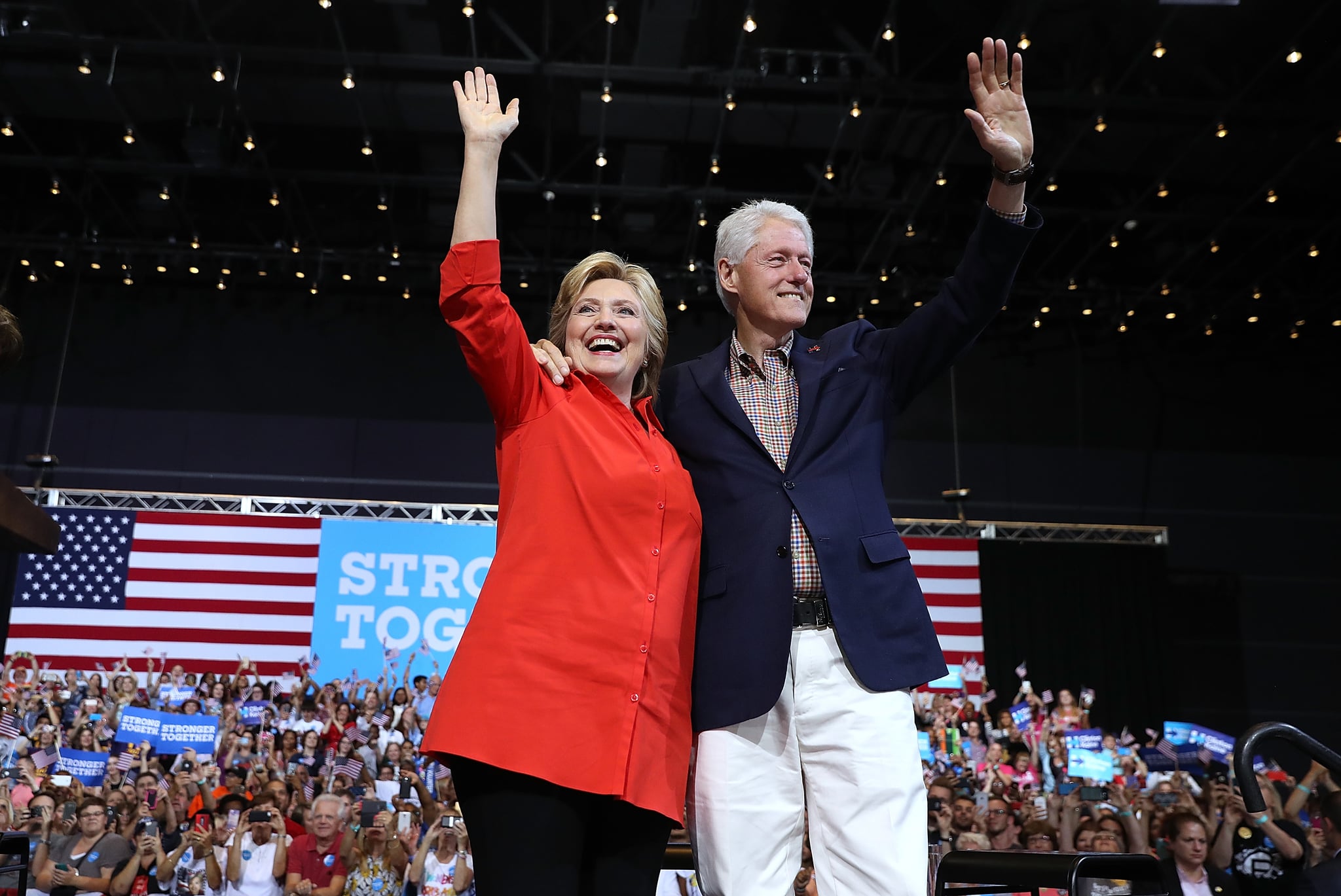 In an appearance on CBS's Sunday Morning on Oct. 14, former Democratic presidential nominee Hillary Clinton offered surprisingly ignorant comments about her husband Bill Clinton's extramarital affair with then-White House intern Monica Lewinsky. Asked whether her husband should have resigned over the affair, Clinton responded, "Absolutely not," and clarified her stance that her husband did not abuse his power, because the relationship had been consensual and Lewinsky "was an adult."

Clinton's insinuation that women who are legal adults can't be victimized or exploited by older, powerful men was not only inaccurate but also deeply disappointing coming from someone who has dedicated her career to women's rights and been a role model to feminists for many decades. Whether or not a relationship between a male superior (and what superior could be more imposing than the president of the United States?) and a female subordinate is consensual on the surface, nearly all such relationships involve exploitation of inherent power dynamics.

Persistent media and cultural narratives . . . not only allow but encourage men accused of abuse to use the women in their lives as human shields, dodging accountability.

There is no excuse for Clinton's comments, but certainly, it's frustrating that she was even asked the question at all. In a trend that ironically undercuts #MeToo, all while purporting to advance the movement, women are still too often the ones forced to answer for men's abusive behaviors. And that's due to persistent media and cultural narratives that not only allow but encourage men accused of abuse to use the women in their lives as human shields, dodging accountability.

Of course, former President Clinton has been asked about the affair, and at one point even declined to apologize to Lewinsky. But he continues to avoid responsibility for his documented abuses of power and remains a beloved figure within the Democratic Party, even as Democratic Party leadership often purport to advance #MeToo.

While there's no excusing the former first lady's latest comments, we should never forget or minimize the pain and humiliation she was forced to suffer in the national spotlight — nor the tremendous burden she was forced to carry — as she was often the one who had to publicly answer for her husband's transgressions. And today, as one of the most accomplished and influential politicians of this generation in her own right, surely she deserves some level of respect from media as an autonomous leader independent of her husband.

#MeToo was started by a woman to empower women to speak on issues of sexual abuse when they so choose to. But the only people who are empowered by women being unwillingly brought to task over men's actions are the men who evade accountability for their own abuses of power as a result.

The phenomenon of women shouldering responsibility for abusive men has become a trend in politics. Last year, when then-Sen. Al Franken was accused of sexual misconduct, female Democrats in the Senate were the ones who were forced to answer for his alleged inappropriate behavior. And when women like Democratic Sen. Kirsten Gillibrand did speak up, they were met with backlash from male Democratic donors and leadership.

Gillibrand was widely criticized by men purporting to be liberals for publicly being the first senator to call for Franken's resignation. Critics attacked Gillibrand for being "opportunistic," a common, gendered criticism of female politicians, as if it's somehow inconceivable that women like Gillibrand are capable of genuinely caring about sexual violence, or that it's somehow difficult to believe seven women coming forward with allegations against the same man.

Seeking comment from women close to men accused of abuse is often used to reinforce the problematic notion that if a man didn't abuse one woman, then he hasn't abused any women.

We all have a responsibility to engage in conversations about systemic misogyny and abuse, come together to create solutions, and disavow abusive men — not just when they are political opponents, but even if they share our political party. But women aren't the only ones to whom this should apply. Sexual misconduct and abuse of power are not some fringe, tangential issue that only women are affected by, and they are actions largely perpetrated by men. In contrast, why aren't Republican men in Congress who have yet to say a word about the more than 20 allegations of sexual abuse against President Donald Trump incessantly confronted about their silence and inaction?

This issue is by no means limited to politics. Earlier this year, actress Alison Brie was asked about allegations of sexual misconduct against her brother-in-law James Franco on the same night she received a Screen Actors Guild Award, while her husband, Dave Franco, James's younger brother, has yet to publicly comment on the allegations. The incident, which saw Brie offer a respectful answer about the need to listen to women and survivors, seemed to highlight a double standard in who is brought to task and held responsible for the behavior of allegedly abusive men. James Franco's male family members have yet to publicly be confronted about allegations against him, while Brie had to answer for her brother-in-law on a night that should have been about her and her accomplishments.

In addition to shifting responsibility from accused men to women, seeking comment from women close to men accused of abuse is often used to reinforce the problematic notion that if a man didn't abuse one woman, then he hasn't abused any women. We've seen this with defenses of ousted CBS executive Les Moonves, whose wife, journalist Julie Chen, denied allegations against her husband, just as we saw it in the signed list of 65 women who knew Supreme Court Justice Brett Kavanaugh in high school, vouching for his respect for women.

Of course, it's difficult to expect women with close relationships to men accused of abuse, from First Lady Melania Trump to Johnny Depp's daughter, to be capable of impartiality. With that in mind, one has to wonder whether it's productive for media to question them about allegations at all.

It's deeply frustrating and counterproductive to allow powerful, accused men to hide from allegations behind the women in their lives and skirt accountability for the harm and abuse they and their enablers, alone, are responsible for. The bottom line is that, while female abusers exist, women did not create the epidemic of systemic misogyny and sexual abuse that plagues every industry around the world. Yet, the overarching cultural narrative seems to be that it's our responsibility to fix this epidemic — all while trying to survive it.