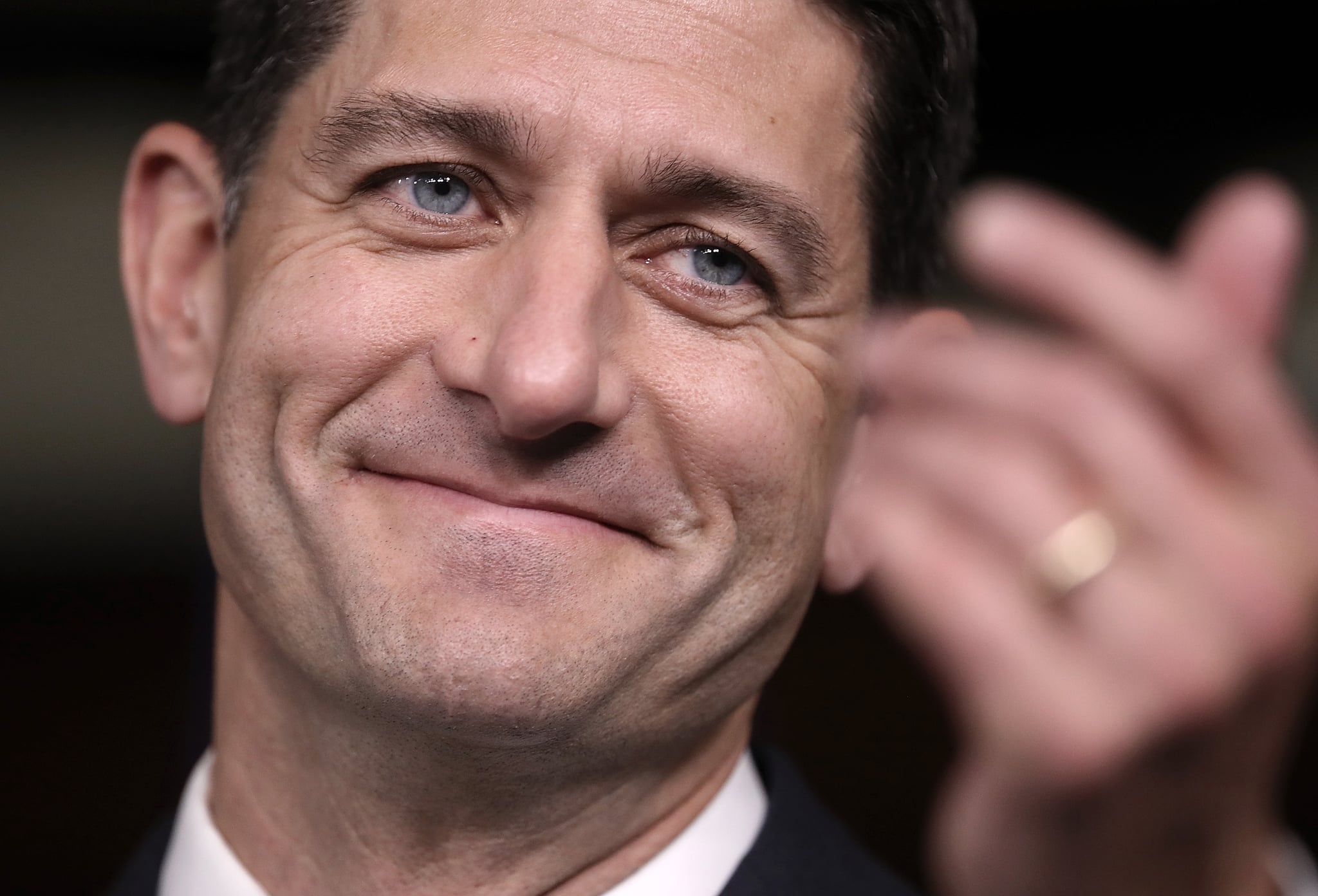 "What's it like to work every day with an abrasive New Yorker with a loud mouth?" House Speaker Paul Ryan asked a room full of the most elite men and women in New York, ostensibly referring to his boss, President Donald Trump. After a beat, Ryan added: "Once you get to know him, Chuck Schumer's not all that bad."

The Wisconsin representative was this year's keynote speaker at the 72nd annual Alfred E. Smith Memorial Foundation Dinner, a fundraiser for Catholic charities that tasks the biggest names in politics with bringing the best jokes that they've got on offer. Last year, Hillary Clinton and then-candidate Trump notably split the keynote duties, with Trump giving one of the most cringe-worthy performance in recent memory.

But the Oct. 19 event not only went off without a hitch, it also showed an altogether different side of Ryan, proving that despite the day-to-day, which sees him painfully accepting all of the White House's gaffes and insults, he's still got a totally spot-on sense of humor. Below, we've pulled out eight of the best jokes that he let fly at the dinner — consider this your advance warning that the head of the House of Representatives is really good at making fun of the current situation.

On Trump hosting the dinner last year: "Some said it was unbecoming of a public figure, and they said that his comments were offensive. Well, thank God he's learned his lesson."

On the audience: "I don't think I've seen this many New York liberals, this many Wall Street CEOs in one room since my last visit to the White House."

On the ongoing Schumer/Trump war of words: "I know why Chuck has been so hard on President Trump. It's not ideological. Chuck is just mad he lost his top donor."

On the awkward relationship between Trump and his cabinet: "Enough with the applause. You sound like the cabinet when Donald Trump walks into the room."

On the insane turnover in the White House: "The truth is the press misunderstands and never records the big accomplishments of the White House. Look at all the jobs that the president has created — just among the White House staff!"

On the president's Twitter habit: "Every morning, I wake up in my office and I scroll through Twitter to see which tweets I will have to pretend I didn't see later on."

On his own role in the current administration: "Every afternoon, former Speaker John Boehner calls me up. Not to give advice. Just to laugh."