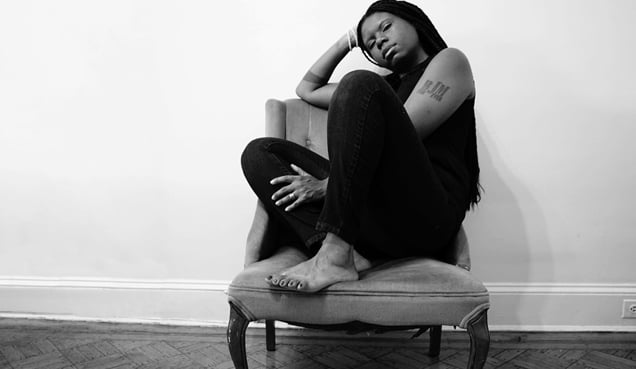 What people don't know about public sexual assault survivors like myself is that, at some point, you've got to make peace before you can help anyone, and you have to come to terms with the fact that your life was spared.

It took me 10 years to tell my story. My family had never heard it, but because of the anger I felt after learning about even more R. Kelly allegations in July 2017, I decided I needed to take down my guard, rebel against my own silence, and tell my own sexual assault story in solidarity with other black women survivors.

I worked and toured as a musician for many years before I became a full time journalist, and I was assaulted while pursuing my dreams as a musician. At the time, it was clear this attack was intended as an exchange for advancing my music career. This experience shaped my adult life, much of which I've devoted to intersectional feminism — both as a survivor and an advocate for survivors. Intersectional feminism is a form of feminism that faces the systemic issues that are unique to black women, including losing partners, family, and children to mass incarceration, police brutality, and racial discrimination.

"Despite how deeply invested men, white women, and non-survivors might be, I have a special ability to connect to black women survivors like me."

So, my life has not changed very much since the #MeToo movement emerged into the international consciousness one year ago. What happened with Harvey Weinstein wasn't the least bit surprising to entertainment professionals like myself. It was frustrating to watch to watch white, wealthy starlets overshadow the black women survivors and their families who had been coming forward to fight entertainment leaders like R. Kelly and Bill Cosby for so many years beforehand. As a musician, I was a victim of the industry and was told to do many of the things the white starlets said they were asked to do, like reveal my body or lose 15 pounds in just a few weeks. I had experience in what the women of Hollywood were revealing, and although after 10 years I felt like I was alone in my story, I felt black women had been telling these stories for years and were not believed.

My reporting on many allegations that preceded #MeToo, like R. Kelly's sexual assault allegations, continued immediately after #MeToo with more context. I spoke to women of all ages and races about their survivor experiences, but I knew it was important for the work and conversation to be led by me. As a black women and survivor, I would give more depth and perspective in the work. Despite how deeply invested men, white women, and non-survivors might be, I have a special ability to connect to black women survivors like me and other stories like my own. Continuing the reporting and conversations in my work — instead of writing as if #MeToo was a new phenomenon — was something I think #MeToo founder Tarana Burke eloquently expressed in her Twitter feed on Oct. 15, 2018.

In a series of messages, she remembered waking up to "find out that the hashtag #metoo had gone viral and I didn't see any of the work I laid out over the previous decade attached to it. I thought for sure I would be erased from a thing I worked so hard to build . . ." However, Burke said, "The most interesting thing happened over the next 24 hours. I posted a video of me giving a speech about #metoo from 2014 and that went viral. And then people began to get confused — had "white hollywood" tried to steal this from a black woman?!? . . . The short answer, No. But I was definitely in danger of being erased if you all black women and our allies and friends, didn't speak up."

The short answer, No. But I was definitely in danger of being erased if YOU ALL Black women and our allies and friends, didn't speak up. But something else happened too. I watched for hours that first day as more and more stories poured out across social media from survivors. +

My sentiments were very similar when the movement began, as Alyssa Milano was given credit for opening up the conversation about #MeToo, with headlines like, "A year ago, Alyssa Milano started a conversation about #MeToo", giving her sole credit while erasing the movement's true source. Burke started the conversation 10 years ago, along with thousands of black women who had been fighting against sexual assault. But once Burke's organization, which was started to advocate the safety of black women, was "unintentionally" rebranded by white women and for white women by Milano's endorsement, the movement took off and white women in Hollywood largely took the credit.

"The opportunity on the part of the wealthy women was missed to educate the public on what these women have been doing by following up and showing up in black communities and rural communities, and investing their time and money with a hands on-approach."

This was a huge problem. The resources, safe spaces, and platforms specifically created for black women survivors were transferred to wealthy white women. This left black women with less than what they initially had via Burke's decade of efforts, which can ultimately be considered erased, since no one can truly know who she impacted during her time as a community activist. At the Golden Globes, I witnessed white Hollywood starlets truly believe they were doing their part by walking side by side with renowned international women of color activists like Burke, Rosa Clemente, Ai-jen Poo, Mónica Ramírez, and Calina Lawrence, but all they did was show their glamorous version of white feminist allyship, leaving much to be desired on their stance on black women mass incarceration, workers and farmer rights, reproductive discrimination of black women, and so on.

I am glad Burke and activists took the invitation to participate in the Golden Globes and seized a moment for visibility, but that is because in their lives, their appearances were not a means to an end. They would go back to work and continue fighting sexism and misogyny as experts and leaders in their fields, and their work will continue to be incredibly important and effective, whether they receive public recognition or not. But it seemed for the starlets, the alliances were largely for show. The opportunity on the part of the wealthy women was missed to educate the public on what these women have been doing by following up and showing up in black communities and rural communities, and investing their time and money with a hands on-approach. At the very least, there was not much media attention of the starlets' community connection and efforts. The hardworking activists were expected to come to the world of the white and wealthy. The white and wealthy were not seen working to meet the people the activists truly served: the underprivileged and disenfranchised.

Of course, Weinstein should have been held accountable, but we must do more to recognize that there were and are so many systemic sexist issues — and a rape culture that lives and breeds in our own communities — far from Beverly Hills. So, one year later, as a black woman reliving her experience with #MeToo, I am convinced that the movement still has a very limited scope of what truly needs to be fixed in the United States and around the world.