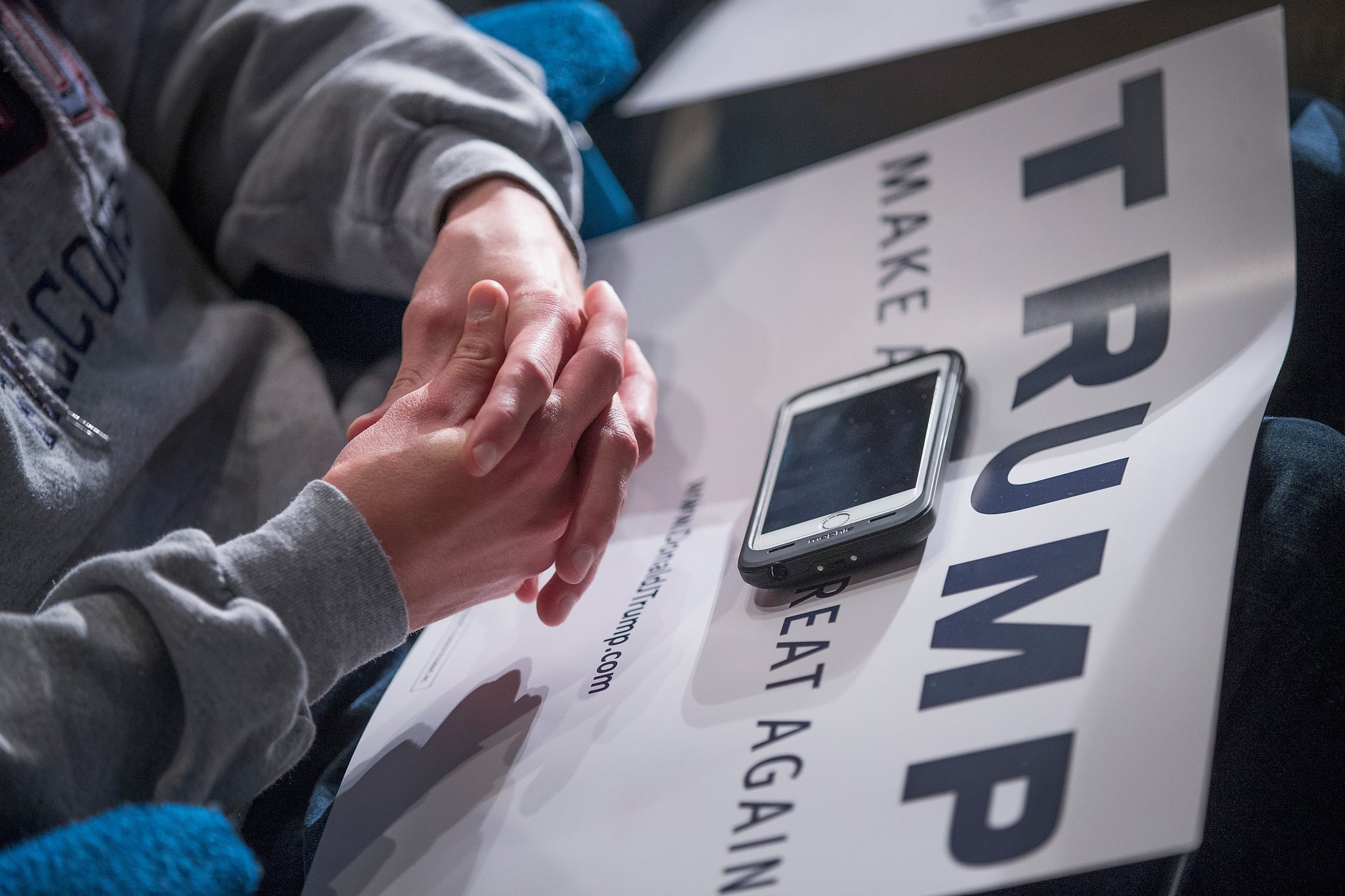 Social media, when used properly, serves society wonderfully. It allows us to stay informed, keep up with culture and trends, engage in meaningful conversations, and form or voice opinions. That last one, though, can spin out of control, and fast. Especially during or after a crisis such as the Paris attacks.

Whether you support the House's bill to close our borders (hint: it aids the agenda of ISIS), whether you're conservative or left-leaning, whether you believe in an immediate military response or war as a last resort à la Bernie Sanders, good social media citizenship boils down to empathy.

Perhaps never before have political tensions run so high on the Internet. Ten, 15 years ago, we didn't have these enormous platforms for public outcry — at least not on a massive scale. It's one thing to mutter a few swear words at a TV news report in the comfort of your home; it's another to spout nonsensical rage on Facebook, which boasts over a billion users. A billion! And the ignorance is like a game of tag-along. One resentful bigot hops on the bandwagon, and with him come 10 more. With social media working to round up followers, it's nearly effortless to incite loony camaraderie.

In the days since the Paris attacks, I've witnessed an alarming amount of malice directed at Muslims. On Twitter, I've read tweets ranging from "Why is Obama supporting Muslims?" to "We have to get rid of them!" to "Call me a racist, but I f*cking hate Muslims." "Offensive" doesn't even begin to cover it — this sort of rampant Islamophobia is downright heartbreaking.

Terrifyingly, most people don't even realize just how appalling their worldviews really are. Take this tweet I came across, for instance: "I'm just on here to have fun. Myself personally, I'm not racist. I respect religions, just dislike Muslims. They are cowards full of hate."

The matter of the Syrian refugees fuels yet another round of published animosity. There are those who still believe these refugees — who are, in fact, fleeing war in the land of the caliphate — are responsible for the attacks (wrong) and, furthermore, are covertly supporting ISIS (what the hell?). I cringed at one tweet that said, and I quote, "If you guys want ISIS to come to America saying that they are refugees, then go straight to hell."

Amazingly, people have even tied Black Lives Matter activism into the terrorism. "What have I been telling you? #BlackLivesMatter is a domestic terrorist group and they clearly don't like competition from overseas," wrote former radio host Neal Boortz on Twitter shortly after the attacks.

Dan Joseph, MRCTV's Man on the Street, wrote, "Look #BlackLivesMatter, THIS is tragedy. Not a criminal rushing a cop. Not a guy killing himself in a police van. THIS. Signs down. Shut up."

This pointed loathing doesn't exist solely on the Internet or in the minds of scrappy losers; it's also resulting in physical violence. Over the weekend, a black activist for Black Lives Matter was assaulted at a Donald Trump rally in Alabama. The attack was clear: the guy was on the ground, surrounded by a bunch of white men who appeared to be kicking and punching him. "Get him the hell out of here, will you, please?" Trump said. "Get him out of here. Throw him out!" Throw him out. Like a dog who's been naughty.

Not suprisingly, many of the responses on social media were difficult to stomach. One guy on Facebook asked why a black man was at the rally anyway, because, duh, he didn't belong there! Some Twitter users wrote him off as a Black Lives Matter "goon." I saw a comment from one dude who said maybe we should be doing more of that ("that" being assault) . . . because has anyone around here heard of respect and self-discipline?

The scariest part of all? A quick keyword search on Twitter turns up hundreds of racist, spiteful tirades by bitter, hot-blooded 'Mericans who believe all lives matter, damn it — but we should beat up a black dude anyway, because he was being insubordinate.

These posts, comments, and tweets spread like wildfire. It's time to douse it out.

Far-reaching as it may be, my early Christmas wish is for the world to gain a little online integrity. There are certain measures we, the sane ones, can take to minimize these terrible sentiments we're forced to bear witness to.

If you happen to stumble upon a Facebook jerk who has a few f*cking awful things to say, for example, I encourage you to call him out. You may not be one for social media politics (and trust me, I know how tricky it gets), but replying with a simple "Hey, this isn't right" or "That's kind of a mean thing to say, don't you think?" can go a ways longer than you realize.

Let's cut down the bigotry, piece by piece. Let's take a stand against those who've abused their social media rights. Because in the end, no matter your complicated political stance, it comes down to such an uncomplicated concept: human compassion. Let's have more of it.

Harry Styles
This TikToker Designed Tattoos Inspired by Harry Styles Songs, and I Want Every Single One
by Danielle Jackson 2 weeks ago