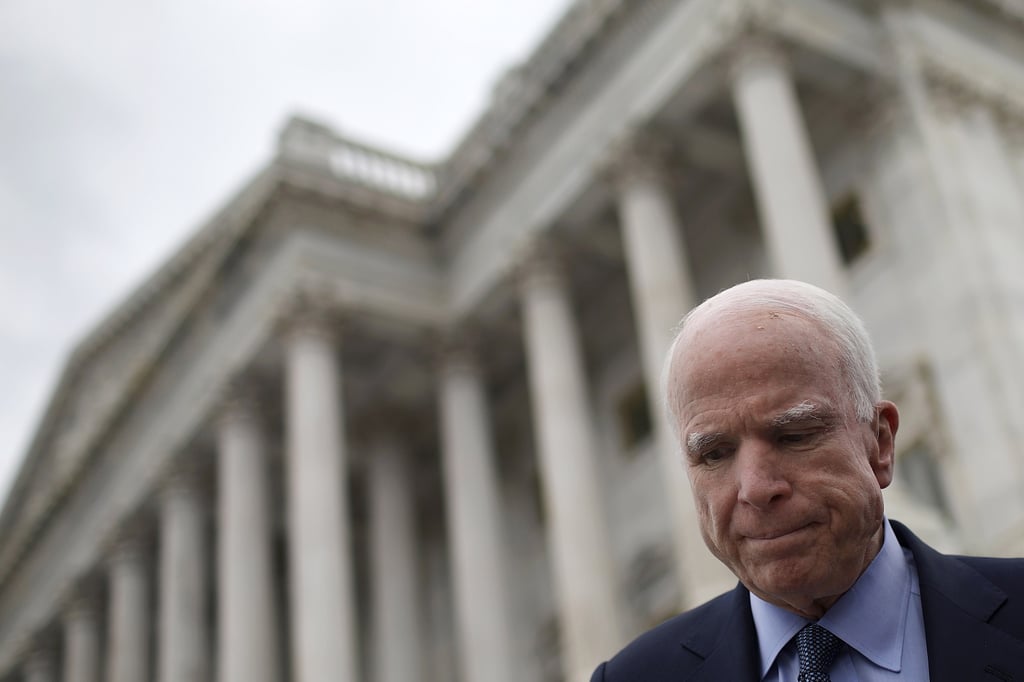 On July 19, it was revealed that Senator John McCain has been diagnosed with brain cancer. McCain recently underwent a procedure to remove a blood clot above his left eye at the Mayo Clinic Hospital in Phoenix. At that time, doctors discovered the presence of glioblastoma, an aggressive brain tumor.

In a statement, the senator's office said, "He is in good spirits as he continues to recover at home with his family in Arizona. He is grateful to the doctors and staff at Mayo Clinic for their outstanding care, and is confident that any future treatment will be effective." The Mayo Clinic said McCain will be reviewing treatment options, which will likely include chemotherapy and radiation.

Following the news, McCain's family, friends, and fellow politicians have shared their wholehearted support for the former POW. His wife, Cindy McCain, shared a picture from their wedding on Instagram. In the caption, she thanked everyone for their well wishes, adding, "We as a family will face the next hurdle together. One thing I do know is he is the toughest person I know. He is my hero and I love him with all my heart." His daughter, Meghan McCain, released a powerful statement wherein she referred to him as "one of the greatest Americans of our age."

His diagnosis has also elicited heartfelt reactions across party lines. His adversary in the 2008 election, Barack Obama, described McCain as an American hero in a sincere and warm tweet. John Kerry sent his love with a tweet that said, "He's Teddy Roosevelt's 'man in the arena' even when we're on opposite sides." Elizabeth Warren also shared a picture of herself and McCain "trekking" through Pakistan and Afghanistan just two weeks ago. She added that McCain is in "fighting shape."

For more on how Washington reacted to the difficult revelation, read ahead.

Joe Biden
Could Your Student Loans Be Forgiven During Joe Biden's Presidency? Here's What We Know
by Kaley Rohlinger 4 days ago