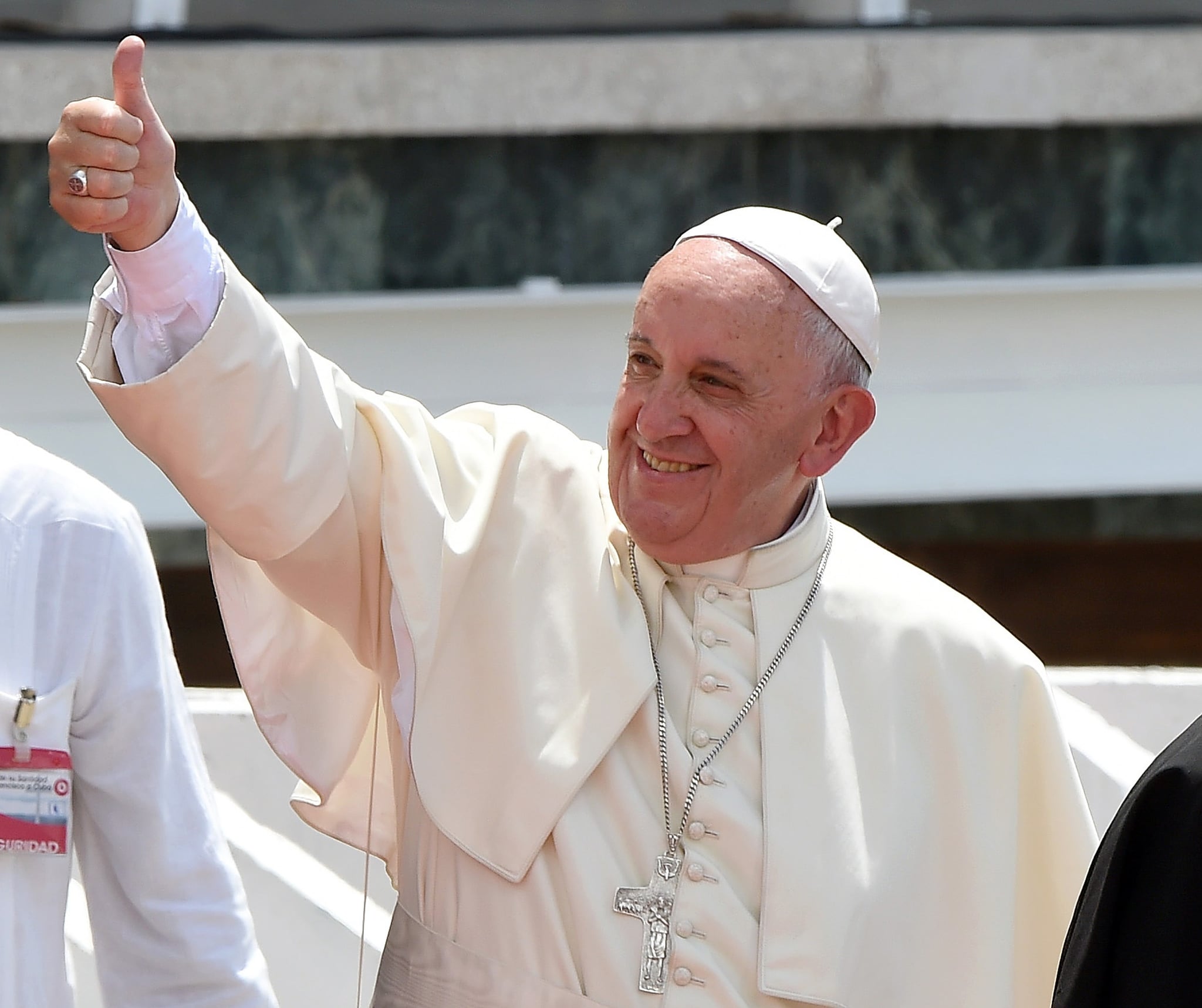 On Friday, Pope Francis released a much-anticipated document called Amoris Laetitia, or "The Joy of Love." The 256-page proclamation said the church should be more accepting of divorced people and the gay community, yet it made clear gay marriage was still seen as unacceptable. One of the more applicable parts has to do with his advice for married couples and families — it can be applied to all types of relationships.

On listening instead of talking:
"Often the other spouse does not need a solution to his or her problems, but simply to be heard, to feel that someone has acknowledged their pain, their disappointment, their fear, their anger, their hopes, and their dreams. How often we hear complaints like: 'He does not listen to me.' 'Even when you seem to, you are really doing something else.'"

On making time for people we love:
"Love needs time and space; everything else is secondary. Time is needed to talk things over, to embrace leisurely, to share plans, to listen to one other and gaze in each other's eyes, to appreciate one another and to build a stronger relationship. Sometimes the frenetic pace of our society and the pressures of the workplace create problems. At other times, the problem is the lack of quality time together, sharing the same room without one even noticing the other."

On accepting loved ones even if they're being superannoying:
"It does not matter if they hold me back, if they unsettle my plans, or annoy me by the way they act or think, or if they are not everything I want them to be. Love always has an aspect of deep compassion that leads to accepting the other person as part of this world, even when he or she acts differently than I would like."

"Loving another person involves the joy of contemplating and appreciating their innate beauty and sacredness, which is greater than my needs. This enables me to seek their good even when they cannot belong to me, or when they are no longer physically appealing but intrusive and annoying."

On spending time away from our smartphones:
"We know that sometimes they can keep people apart rather than together, as when at dinnertime everyone is surfing on a mobile phone, or when one spouse falls asleep waiting for the other who spends hours playing with an electronic device. This is also something that families have to discuss and resolve in ways which encourage interaction without imposing unrealistic prohibitions."

On acknowledging women's rights:
"There are those who believe that many of today's problems have arisen because of feminine emancipation. This argument, however, is not valid. 'It is false, untrue, a form of male chauvinism.' The equal dignity of men and women makes us rejoice to see old forms of discrimination disappear, and within families there is a growing reciprocity. If certain forms of feminism have arisen which we must consider inadequate, we must nonetheless see in the women's movement the working of the Spirit for a clearer recognition of the dignity and rights of women."

On being respectful during arguments:
"Making a point should never involve venting anger and inflicting hurt. A patronizing tone only serves to hurt, ridicule, accuse, and offend others. Many disagreements between couples are not about important things. Mostly they are about trivial matters. What alters the mood, however, is the way things are said or the attitude with which they are said."

On building a routine:
"Young married couples should be encouraged to develop a routine that gives a healthy sense of closeness and stability through shared daily rituals. These could include a morning kiss, an evening blessing, waiting at the door to welcome each other home, taking trips together, and sharing household chores. Yet it also helps to break the routine with a party, and to enjoy family celebrations of anniversaries and special events."

On the complexity of relationships:
"We have to realize that all of us are a complex mixture of light and shadows. The other person is much more than the sum of the little things that annoy me. Love does not have to be perfect for us to value it. The other person loves me as best they can, with all their limits, but the fact that love is imperfect does not mean that it is untrue or unreal. It is real, albeit limited and earthly."

This might all seem surprising coming from a man who has never been married, but it's still worth listening to.