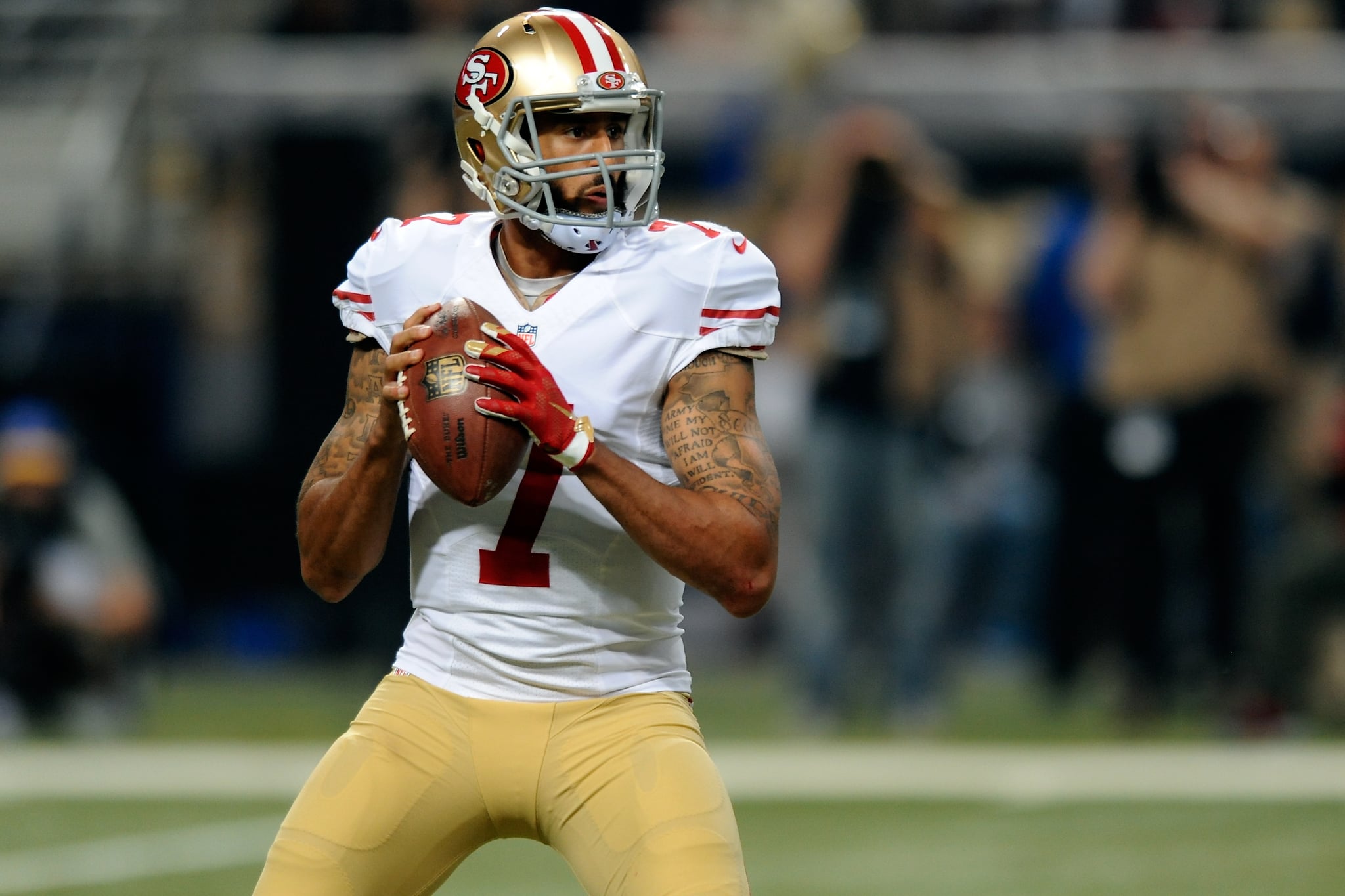 San Francisco 49ers quarterback Colin Kaepernick's decision to sit during the national anthem of a preseason game to protest police brutality has received plenty of backlash, including fans burning his jersey and those who say "he's not black" enough to know what he's talking about. Still, many have come to his defense after he said, "I am not going to stand up to show pride in a flag for a country that oppresses black people and people of color," including a veteran whose Facebook post is going viral.

Jim Wright, who identifies on Facebook as a retired US Navy service member, wrote a lengthy status that has more than 58,000 reactions and 44,000 shares. He starts by quoting Kaepernick's initial statement and saying that people kept emailing him to ask his opinion as a veteran. Wright wrote about how he learned in the military that respect has to be earned and you can't make someone respect another person or country.

"If Kaepernick doesn't feel his country respects him enough for him to respect it in return, well, then you can't MAKE him respect it. . . . With threats, by violence, by shame, you can maybe compel Kaepernick to stand up and put his hand over his heart and force him to be quiet," he wrote. "You might. But that's not respect. It's only the illusion of respect."

[Edit] The following is a brief excerpt from a larger essay. The full version of this essay is here:...

Wright also said that forcing Kaepernick to stand for the national anthem is not representative of freedom or liberty but "every dictatorship from the Nazis to North Korea where people are lined up and MADE to salute with the muzzle of a gun pressed to the back of their necks."

He went on acknowledge the injustices against people of color that Kaepernick is bringing attention to. "Torture, rendition, indefinite detention, unarmed black men shot down in the street every day, poverty, inequality, voter suppression, racism, bigotry in every form, obstructionism, blind patriotism, NONE of those things are worthy of respect from anybody — least of all an American."

Finally, he wrote how the interpretation of the national anthem is subjective and how veterans should always protect someone's freedom of expression. "To you the National Anthem means one thing, to Kaepernick it means something else. We are all shaped and defined by our experiences and we see the world through our own eyes. That's freedom. That's liberty. The right to believe differently. The right to protest as you will. The right to demand better. The right to believe your country can BE better, that it can live up to its sacred ideals, and the right to loudly note that it has NOT. The right to use your voice, your actions, to bring attention to the things you believe in. The right to want more for others, freedom, liberty, justice, equality, and RESPECT. A true veteran might not agree with Colin Kaepernick, but a true veteran would fight to the death to protect his right to say what he believes. You don't like what Kaepernick has to say? Then prove him wrong, BE the nation he can respect. It's really just that simple." 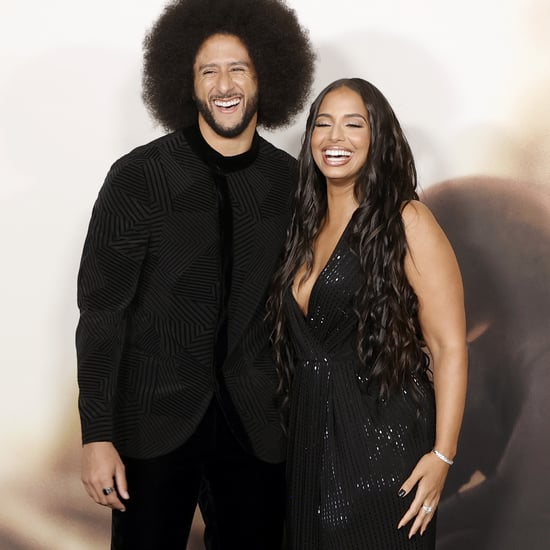 Celebrity News
Colin Kaepernick and Nessa Welcome Their First Child: "We Are Over the Moon"
by Monica Sisavat 8/28