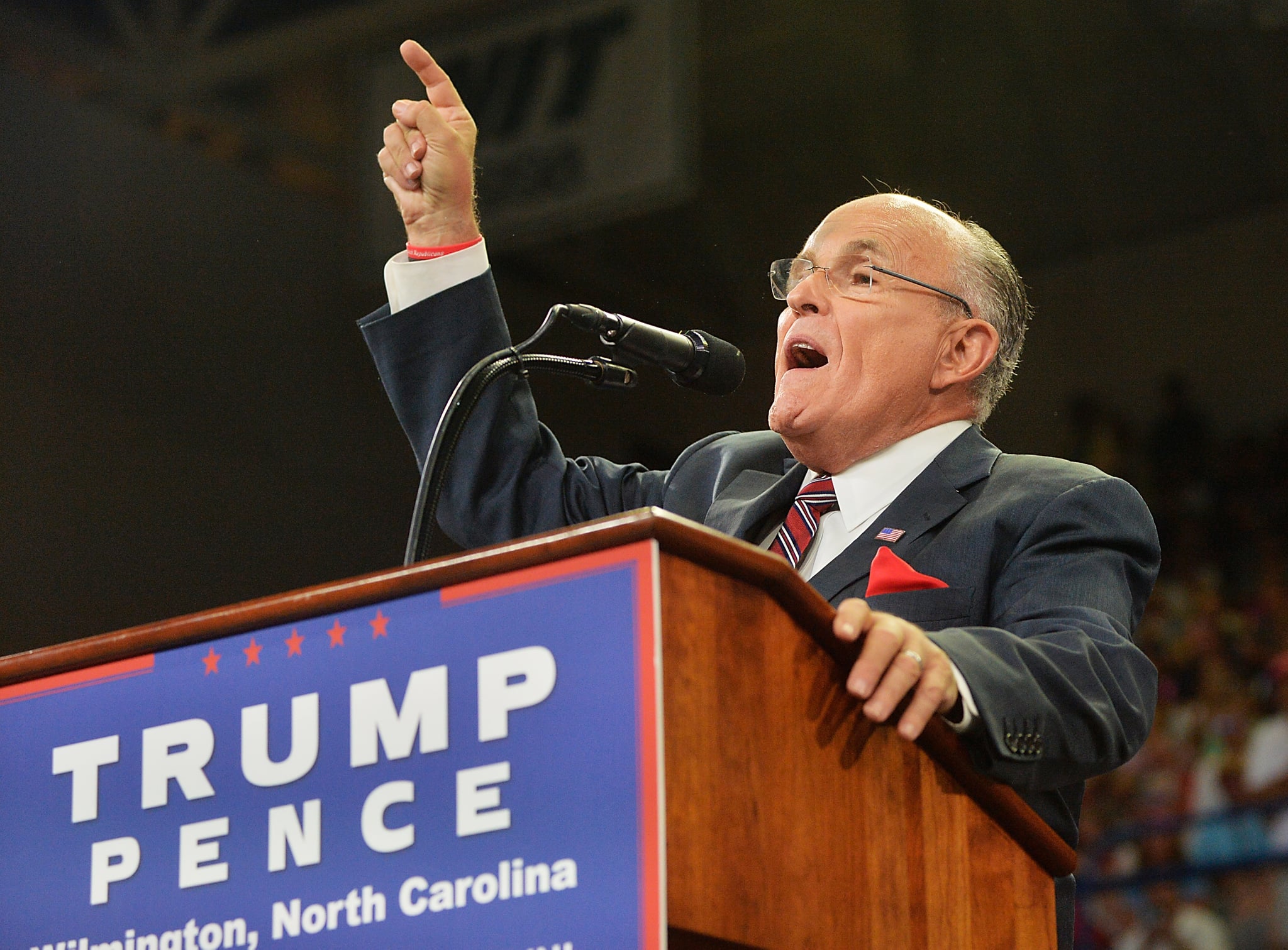 Yesterday Rudy Giuliani was accused of selectively forgetting 9/11 during a speech introducing Republican vice presidential nominee, Mike Pence. Speaking to a crowd in Youngstown, OH, Giuliani made an unfortunately worded remark about President Obama's record and domestic terrorism. He said, "Under those eight years, before Obama came along, we didn't have any successful radical Islamic terrorist attack in the United States. They all started when [Hillary] Clinton and Obama got into office." Out of context, it's strange that the man who was the mayor of New York City during the Sept. 11 attacks would forget such a tragedy. People quickly and predictably ran with his quote, as Slate pointed out. But when you listen to the entirety of his speech, it's clear that isn't what he meant.

Earlier in Giuliani's speech, he mentioned Sept. 11 when he asserted that George W. Bush kept America safe from terrorism after that attacks. Moments before the now-infamous quote, Giuliani said that "[on] September 11, when we went through the worst foreign attack in our history since the War of 1812." He went on to praise Pence's security record and work with former President Bush on the Patriot Act in keeping America free of major terror events in the Bush years following 9/11 and before Obama took office.

Even clarified, Giuliani's comments pose a problem because they imply that Republicans should get credit for keeping America safe after 9/11 without counting 9/11 as the problem of a Republican administration. Interestingly, Donald Trump has pointed out this hypocrisy, too. During the primary season, the GOP presidential nominee repeatedly censured Jeb Bush for lauding his brother's protection of America after Sept. 11. In a February debate, Trump said, "The World Trade Center came down during your brother's reign. Remember that," apparently implying that the attack was Bush's fault.

No matter the disconnect between Giuliani and Trump's comments, it's unlikely either will stop denouncing President Obama and Hillary Clinton any time soon.