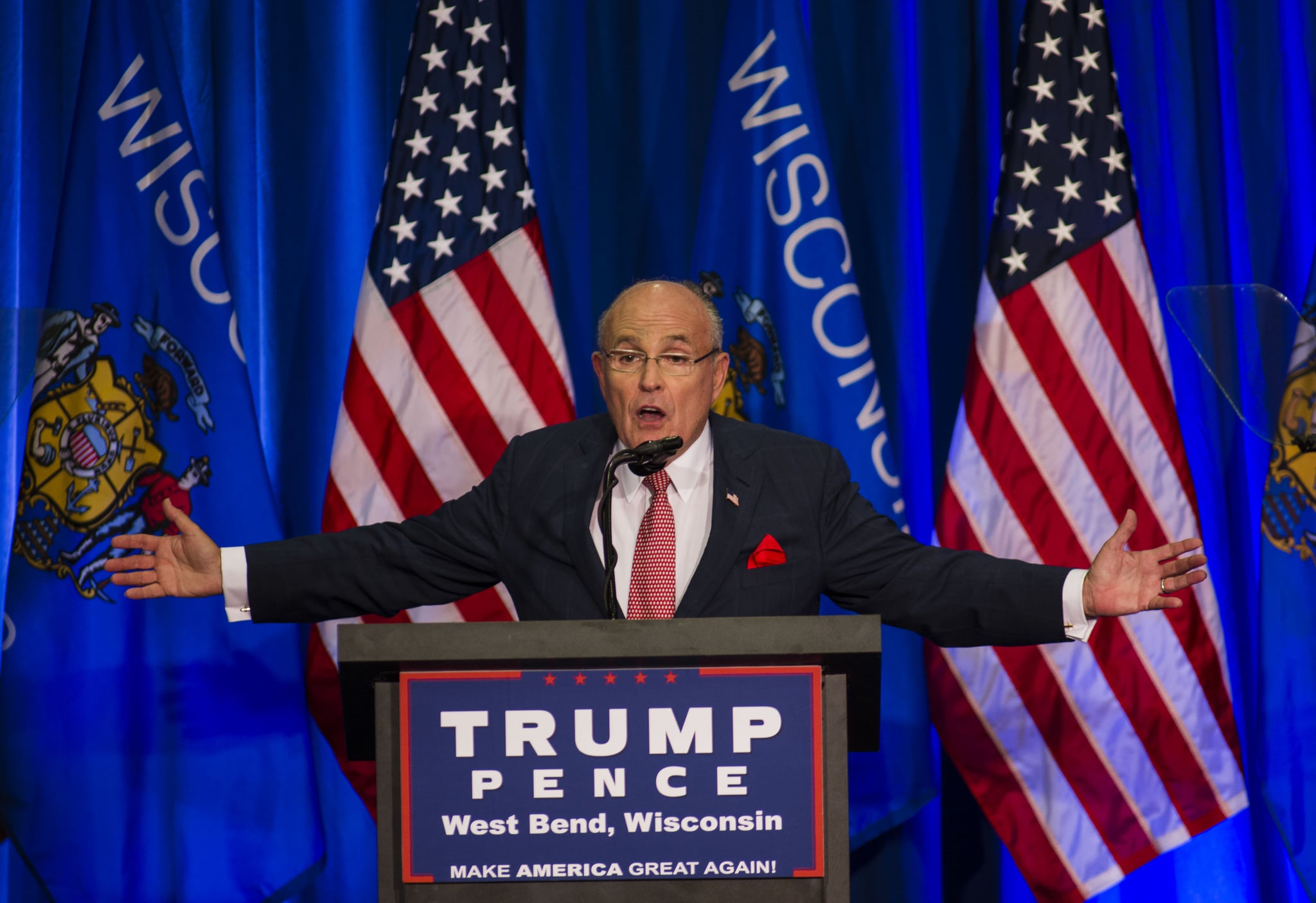 On Friday, Dec. 9, Trump's transition team announced that last month former New York City mayor Rudy Giuliani removed himself from being considered for secretary of state under Trump's incoming administration. While the news may upset those Republicans who had hoped Giuliani would snag the position, there are still plenty of other choices the GOP can likely get behind, like Exxon Mobil chief executive Rex Tillerson, who is considered to be a top contender. But given Giuliani's highly controversial rhetoric during Trump's run, there are three reasons it should come as a relief to many Trump opponents that Giuliani won't be the next secretary of state. Check them out ahead.

1. His history of racially motivated remarks and actions.

Giuliani has called the Black Lives Matter movement "inherently racist" and has voiced his support for the controversial "stop and frisk policy," which negatively affected predominately black and Latino people and was ruled unconstitutional by a New York Judge in 2013. Which brings us to . . .

2. His hostility toward refugees and Muslims.

Rudy Giuliani grossly generalized refugees while criticizing Hillary Clinton during the election cycle. "She's going to bring in 6 or 700,000 people, of which let's say 10 percent are bad, and we have 60,000 terrorists in this country in addition to the home grown terrorists we already have," he told FOX News host Sean Hannity in October.

Giuliani also bragged about treating Muslims as criminal suspects following the 9/11 attacks. "I was the mayor who put police officers in mosques in New York and New Jersey," Giuliani admitted during an interview with The Intercept.

3. His major conflicts of interest.

According to a recent New York Times report, Giuliani admitted to earning millions from foreign governments in 2006, which included giving a speech to an Iranian group following his tenure as mayor of New York. This information raised major red flags for some who considered his business ties as a conflict of interest if he were to be elected as secretary of state.

If those reasons didn't make you breathe a sigh of relief, this may sway you: Giuliani did not like Beyoncé's epic Super Bowl performance at the Super Bowl 50 halftime show. "I think it was outrageous," he said on Fox & Friends.