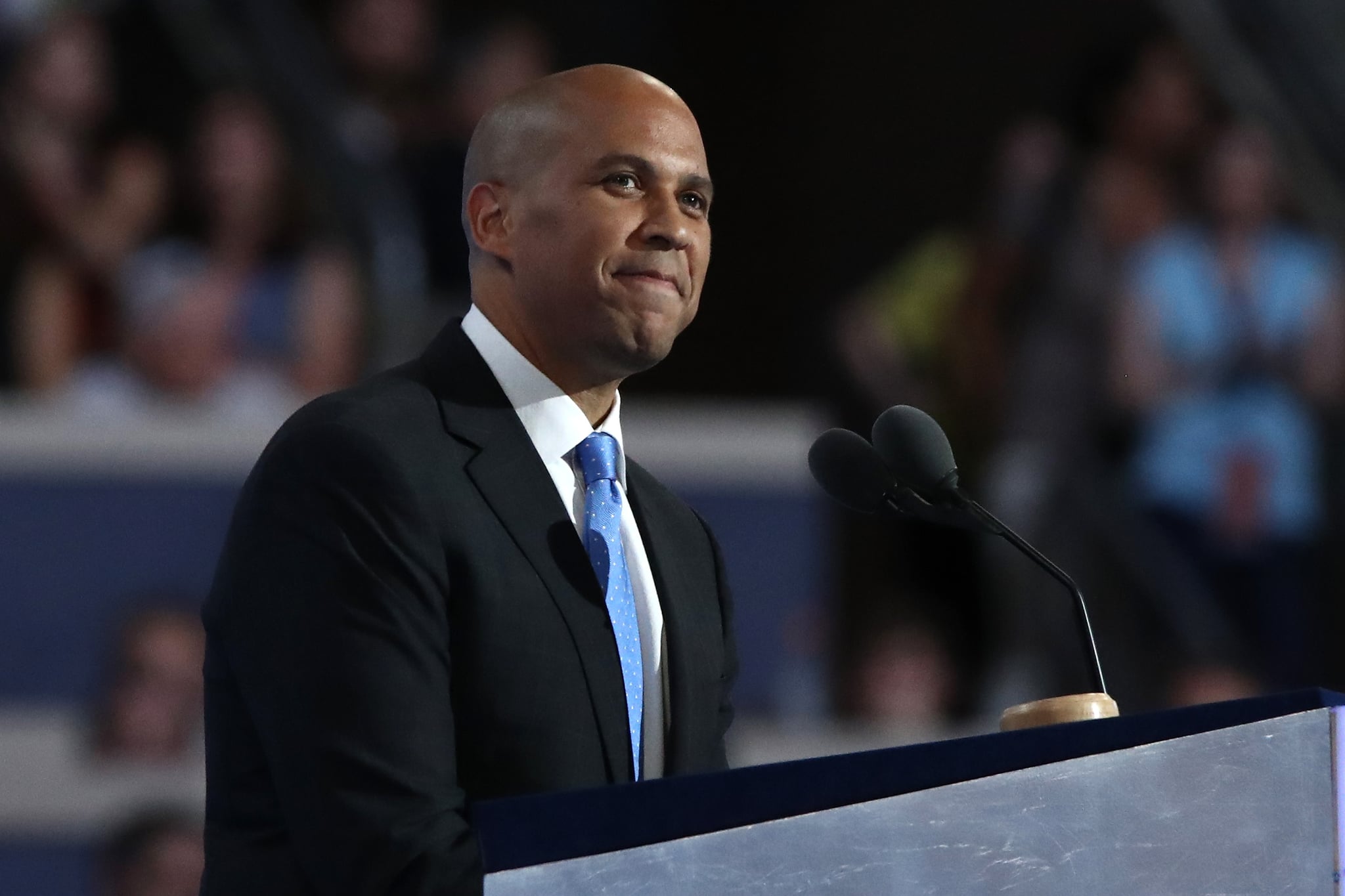 The United States has an incredibly complicated relationship with marijuana. More than half of all drug-related arrests in the US are related to cannabis, and we're not talking about a small number of people. Between 2001 and 2010, there were a staggering 8.2 million marijuana-related arrests, and almost all of them were for mere possession of the drug. This would be understandable if we took a common stand or had a national policy in place, but instead the rules and regulations vary from state to state, from full-on legalization to complete criminalization. As a result, we've got a patchwork of laws across the country that are often murky and always inconsistent. It's a recipe for disaster, and it should come as no surprise that there are millions who have suffered overzealous punishment in the hands of our nation's criminal justice system.

The Plan to Finally Fix Our Pot Problem

New Jersey Senator Cory Booker, however, has a strategy. On Aug. 1, he announced a long-teased piece of legislation: the Marijuana Justice Act.

"Our country's drug laws are badly broken and need to be fixed," Booker said in a statement. "They don't make our communities any safer — instead, they divert critical resources from fighting violent crimes, tear families apart, unfairly impact low-income communities and communities of color, and waste billions in taxpayer dollars each year." The best way to deal with this systemic pattern of damage, therefore, is to stop doing what we're currently doing — and try something else.

How This Law Could Fix Our Broken Drug Policies

What this new act proposes is to completely legalize marijuana on a federal level. This would enable the fair trade and regulation of the drug on the open market. It would also work retroactively, giving individuals who are currently serving prison terms for pot-related crimes the ability to petition a court for a resentencing. Booker emphasizes the particular strain current marijuana laws have put on minority communities. "Descheduling marijuana and applying that change retroactively to people currently serving time for marijuana offenses is a necessary step in correcting this unjust system," he says. "States have so far led the way in reforming our criminal justice system and it's about time the federal government catches up and begins to assert leadership."

The bill doesn't purport to be the answer to all the problems facing America right now. It does not address harder drugs like opiates — which are fueling a nationwide health crisis — but it does look to fix some things we have the ability to change. It also isn't blind to the fact that we need to invest not in the War on Drugs, but in rebuilding the communities most damaged by the failed policies of the past. The bill would hold back criminal justice funding from any state that failed to bring down its incarceration and arrest rate. That funding would then be funneled into a larger national program supporting job training, reentry programs, community center investment and other programs targeting minority communities hardest hit by an unprecedented rise in pot-related criminal arrests.

Why This Particular Bill Matters So Much

Booker isn't the first to concoct radical legislation aimed at turning drug statistics around, but he is certainly the most hopeful. In a Facebook Live video announcing the bill, he spoke to how well the states that have legalized weed are doing, which is a far cry from the current state of affairs on a national level. The senator is well aware that he will face skepticism, pushback, and legal hurdles from those who aren't as sold on the possibilities as he is — including from the extraordinarily marijuana-averse attorney general, Jeff Sessions. But that hasn't deterred Booker, who stated thoughtfully in his video announcement, "I believe the federal government should get out of the illegal marijuana business." And if anyone can do it, it's Cory Booker.

Image Source: Getty / Jessica Kourkounis
Any cannabis products referenced above are not intended to diagnose, treat, cure, or prevent any disease. The writer is not a medical doctor, and their experience is based on personal use, the results of which may not be typical or intended. The legality of cannabis products varies by state, and readers are encouraged to check their local laws before purchasing and using cannabis products. Nothing in this article should be construed as advice regarding the legal status of cannabis products. Any views expressed in this article by a third-party sponsor are those of such sponsor, and do not necessarily represent the views of POPSUGAR.
PoliticsSenateUS NewsMarijuana