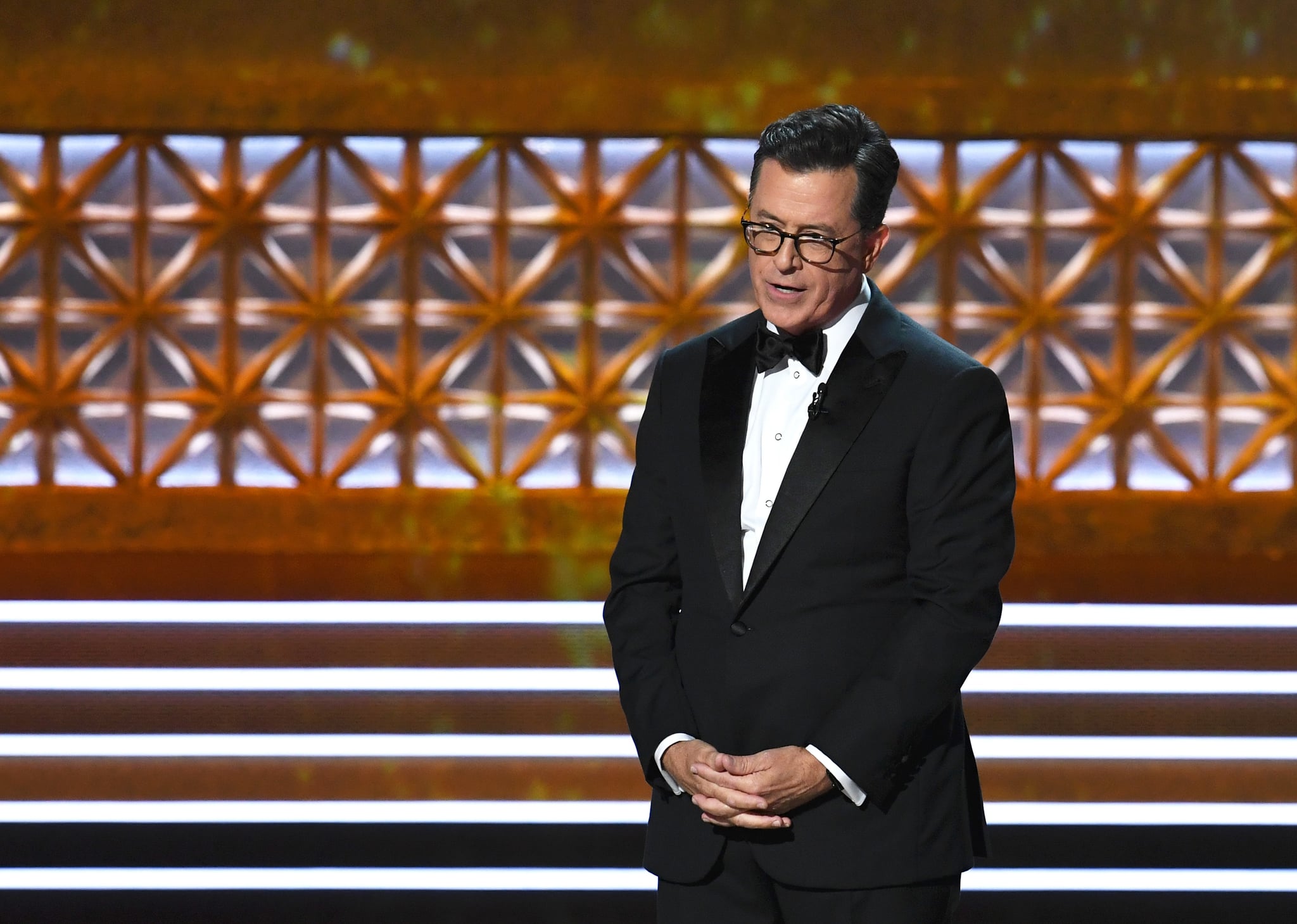 In a searing opening monologue at the 2017 Emmy Awards, Stephen Colbert went after President Donald Trump and hit him where it hurts. The president, who has been known to tweet about the Emmy Awards and his failure to win one for Celebrity Apprentice, was repeatedly reminded by Colbert that he never took home the trophy.

Colbert's monologue referred to the three times Trump didn't win an Emmy for Celebrity Apprentice and blamed his presidential run directly on this. "I bet if he won an Emmy, he wouldn't be president." Colbert did point out a possible reason Trump didn't win. "Unlike the presidency, Emmys go to the winner of the popular vote."

Related:
Sean Spicer — No, Not Melissa McCarthy — Showed Up to the Emmys

But of course, Colbert couldn't let go of the idea that this might've all been avoided if Trump had just been given an award. "I thought you guys loved morally compromised antiheroes!" Colbert exclaimed. And since he knows the president is most likely watching, he had a special message to Trump: "Hello, thank you for doing us. Looking forward to the tweets." At press time, Trump hadn't responded to Colbert's monologue — yet.

Schitt's Creek
I'm Canadian, and Here's How Schitt's Creek Winning 9 Emmys Made Me Feel
by Simrin Purhar 3 days ago