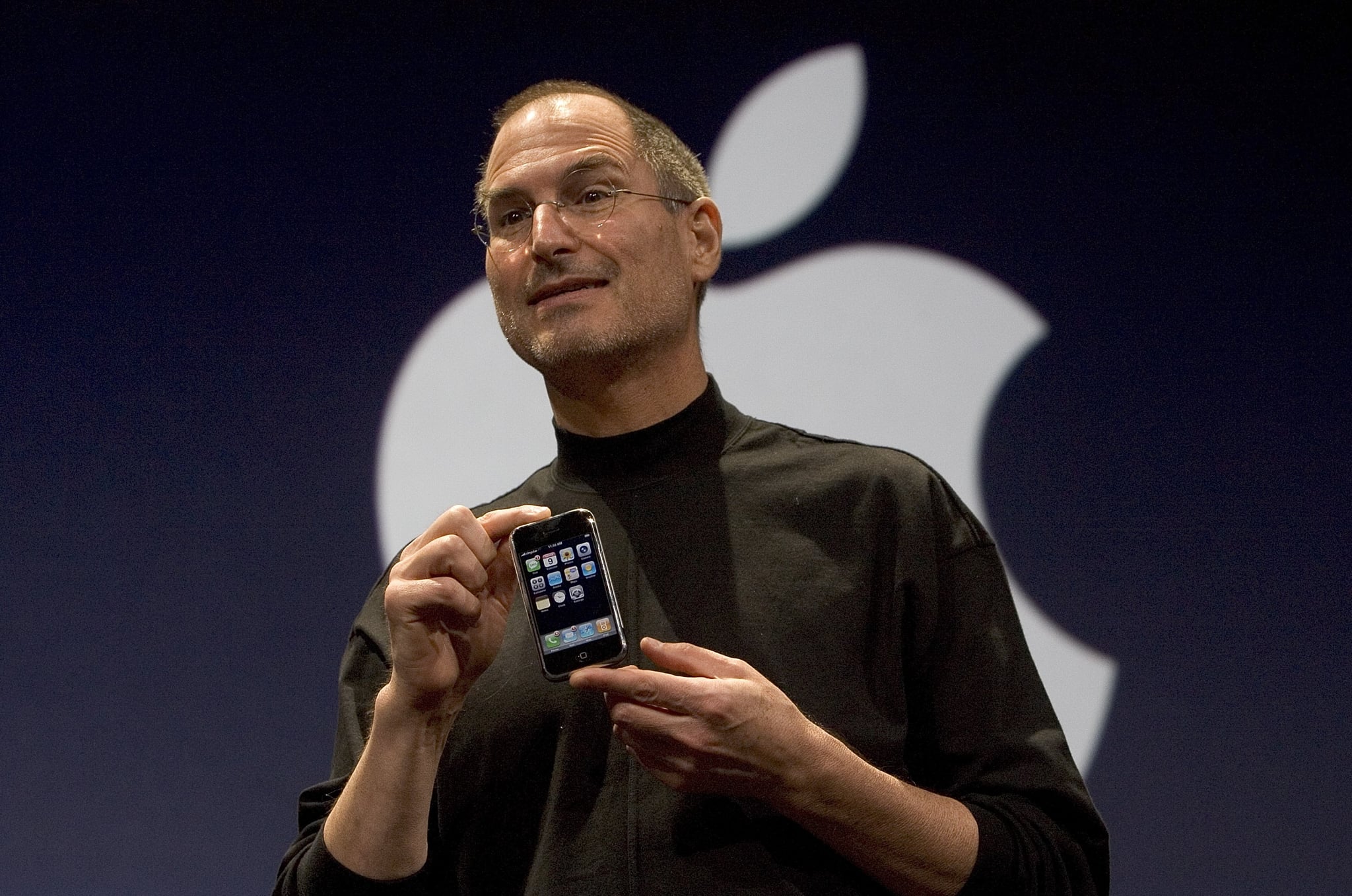 Whether you love or hate Apple, you can't deny the impact a once 4.5-inch tall smartphone called the iPhone had on the world. Imagine thinking then of the world as we now know it — filled with blue iMessage clouds, a Siri who doesn't always get us, and a battery life that can barely just make it through the day.

The late Steve Jobs first introduced the iPhone at the Macworld Expo on Jan. 9, 2007. In a press release about the iPhone, he said, “iPhone is a revolutionary and magical product that is literally five years ahead of any other mobile phone. We are all born with the ultimate pointing device — our fingers — and iPhone uses them to create the most revolutionary user interface since the mouse.” Consumers then had to wait an agonizing six months to get their hands on one, when it was officially released on June 29, 2007. People waited in line (and they still do) just to get their hands on a product that's beat most of our expectations of what it can do.

These days, the iPhone can be used in all most every facet of your life. Find your way in a new city with Maps, send a selfie to your friends on Snapchat, swipe through your News Feed on Facebook, or even call someone (a revolutionary idea, at least among millennials.) Vine, Musical.ly, and Instagram stars and influencers exist because of the iPhone and the smartphone revolution. POPSUGAR spoke to five tech influencers about the impact the iPhone had on them. 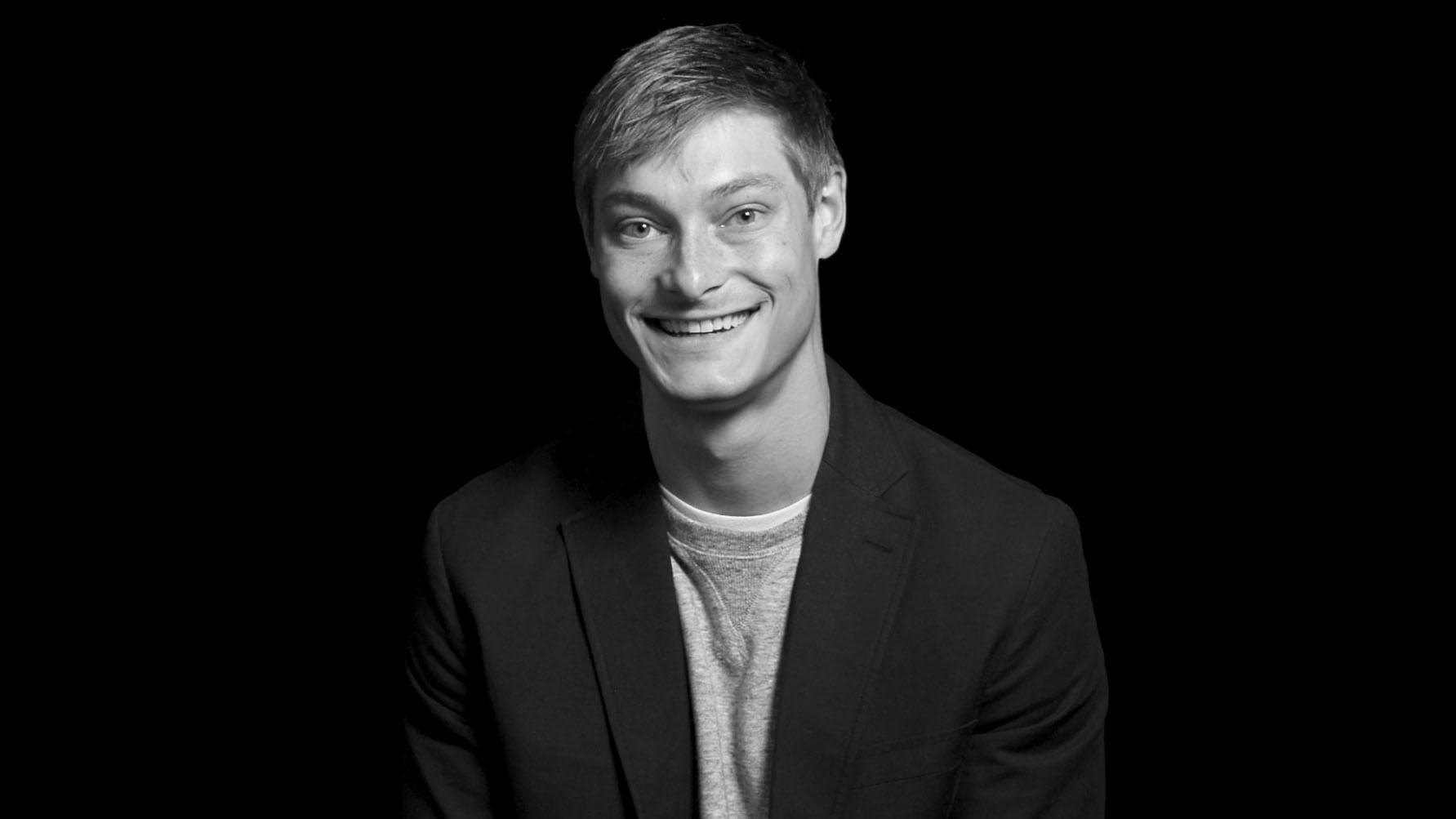 Chances are, if you’re even remotely interested in any new products around the web, you've used Product Hunt. The popular website, founded by Ryan Hoover in 2013, finds new, engaging products every day. The company was acquired by AngelList in 2016, though Hoover remains at the helm of the company.

His view on the iPhone? A powerful device that's changed our lives. "The iPhone has received a lot of criticism as a distraction from reality, a harmful addiction as its users incessantly check their phone throughout the day. While this is a real problem for many people, the iPhone has changed the way we live for the better, bringing the news to our fingertips as it's unfolding, connecting us with our distant friends and family, and empowering a new generation of makers through its rich developer ecosystem. Thanks, Steve Jobs and Apple."

". . . the iPhone has changed the way we live for the better, bringing the news to our fingertips as it's unfolding, connecting us with our distant friends and family, and empowering a new generation of makers. . . " 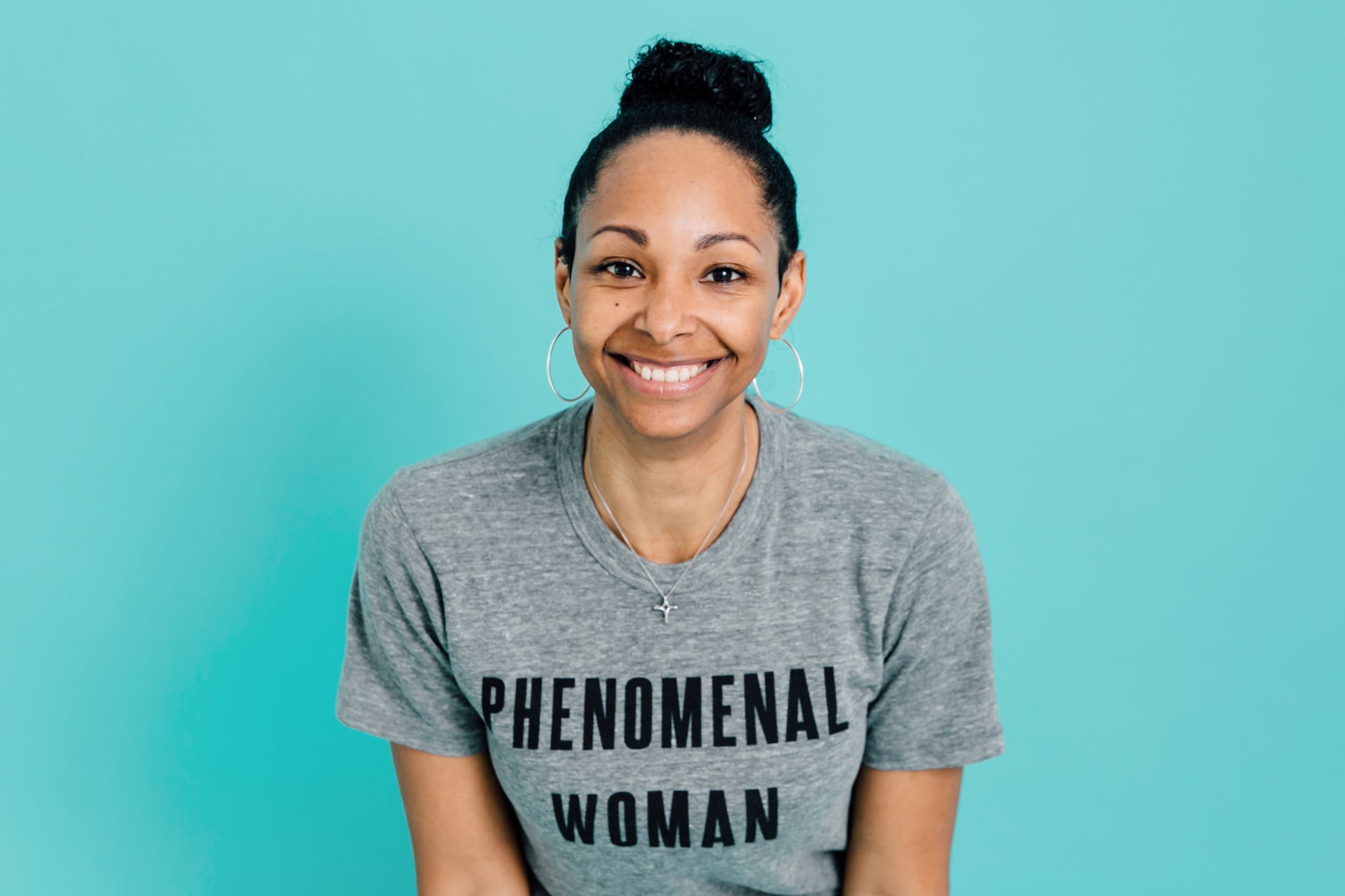 As Bärí A. Williams has said herself, she’s a woman of many hats. Formerly senior counsel at Facebook, Williams is now the head of business operations in North America at Stub Hub. She's also a diversity expert and mother who’s trying to pave a better road for people of color to get involved in tech. To her, the iPhone has given people a chance to be part of the world like never before.

"The iPhone was a game changer in the sense it really made personal computing in your pocket a real thing. You had access to literally everything you wanted accessible in your life, and [it] combined several devices into one. iPhone gave you your music, the internet, your friends via phone or text, a camera, and FaceTime in one, which is invaluable. Having the ability to walk around with a compact computer can never be overstated. It provides access and reach to the world in ways other devices haven't."

"Having the ability to walk around with a compact computer can never be overstated." 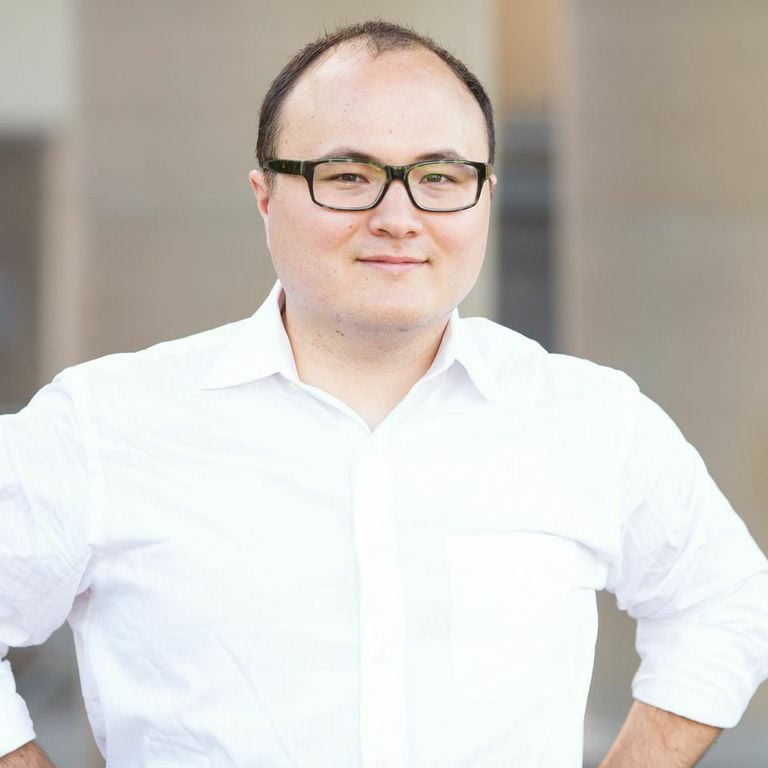 For journalist, investor, and author Ben Parr, anything related to technology has been on his mind for awhile. As a prominent writer who joined Mashable in 2008, Parr’s career has extended to him starting his own venture capital firm called DominateFund and writing the book, Captivology: The Science of Capturing People's Attention. Parr was also part of Forbes Magazine's 30 Under 30 in 2012. It's no wonder then why Parr's thoughts on the iPhone capture the delight and fear smartphones bring.

"Almost every single day, I call an Uber or Lyft, check my email and tweets, communicate with the Octane AI team on Slack, check breaking news, and iMessage my friends — all from my iPhone. More than anything, the iPhone sparked the app revolution and created thousands of products that we now rely on daily. The iPhone has made me — and the world — more connected and productive, all while keeping us more and more distracted."

"More than anything, the iPhone sparked the app revolution and created thousands of products that we now rely on daily." 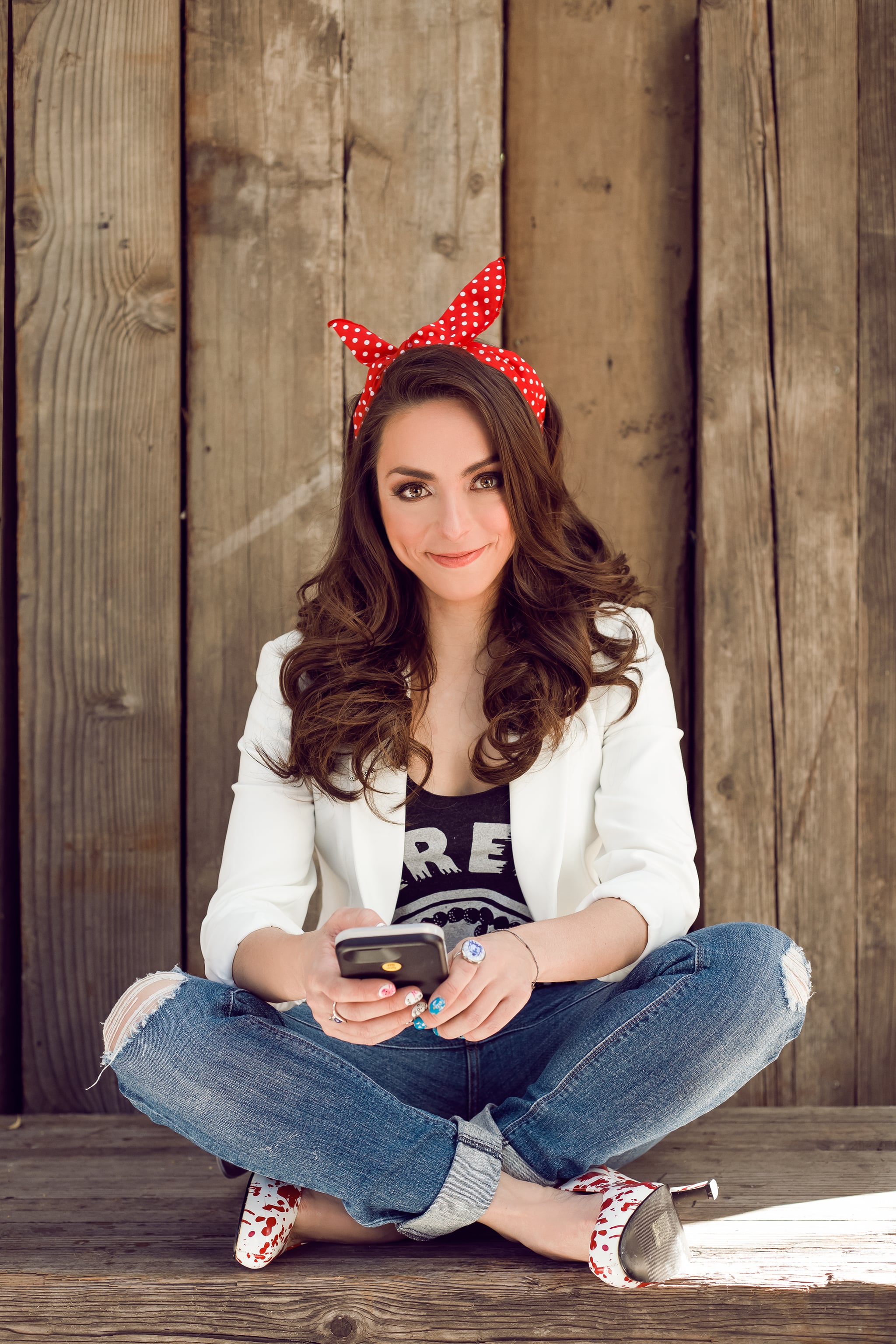 You might recognize Katie Linendoll from her various TV appearances, including on the Today show, where she talks about gadgets and anything tech related. Never afraid of trying new gadgets from drones to smart luggage, Linendoll knows much of her work would be empty without the iPhone.

“The iPhone has completely revolutionized my work as a technology journalist. In the past, I would have to travel with a whole crew and tons of gear. Now, I literally shoot high-grade video right on my iPhone. I just did a Facebook Live interview with a major TV network on a remote island — and the "crew" was just comprised of me and my iPhone!”

“The iPhone has completely revolutionized my work as a technology journalist." 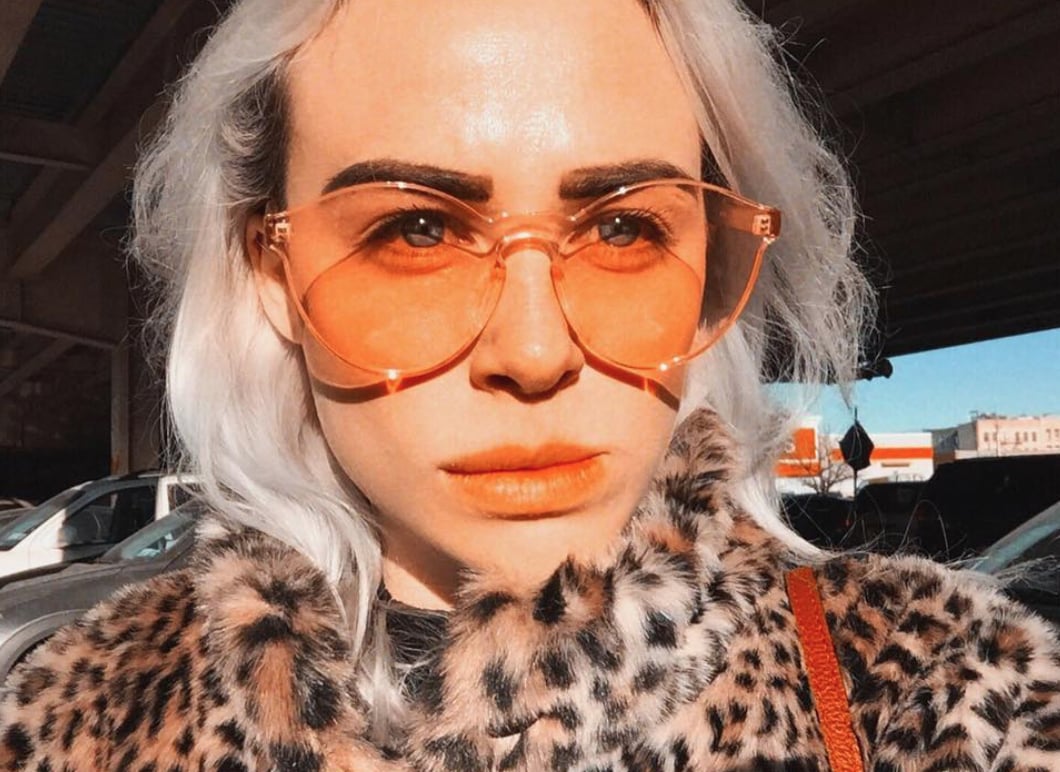 Social influencer and former Vine star Maris Jones is no stranger to the iPhone. Though it's now her phone of choice for many years, she still remembers being skeptical of the iPhone. “I was afraid of change, and at the time the Blackberry was the phone to have.” However, she’s since come around to iPhone, revealing how it changed her life — and introduced her to Vine.

"We no longer have to seek out information, it is all at the palm of our hands," she says. "As a creative, it has given me the option to connect with the world and share my art; if it was just a few years earlier I would have had to approach my career differently."

"The iPhone changed my life because of the apps that are on it. I had a following on the app Vine which helped me get discovered by Adolescent content (the production agency I am signed with). Just a few months out of college I directed my first national TV spot all because of the exposure I got from using my iPhone. I have been able to live as a creative, making my art because of it, and I know for a fact that there are many other people who share a similar story to me because of the iPhone. How crazy is that? When I was little I couldn’t even fathom the idea of ever even owning a phone that shot video! Now we can shoot HQ videos and edit them on our phone."

She also says that despite the fact that we are "dependent" and "obsessed on the invention, she sees it as largely positive. "I know that this invention has changed the way we approach so many different aspects of our lives for the better. I can’t imagine my life today if it wasn’t for the iPhone!"

"I can’t help but think how different my life would be now if I wasn’t able to put myself out there using technology like that. "

Tani Brown, Head of Partnerships at Jopwell and Fulbright Scholar 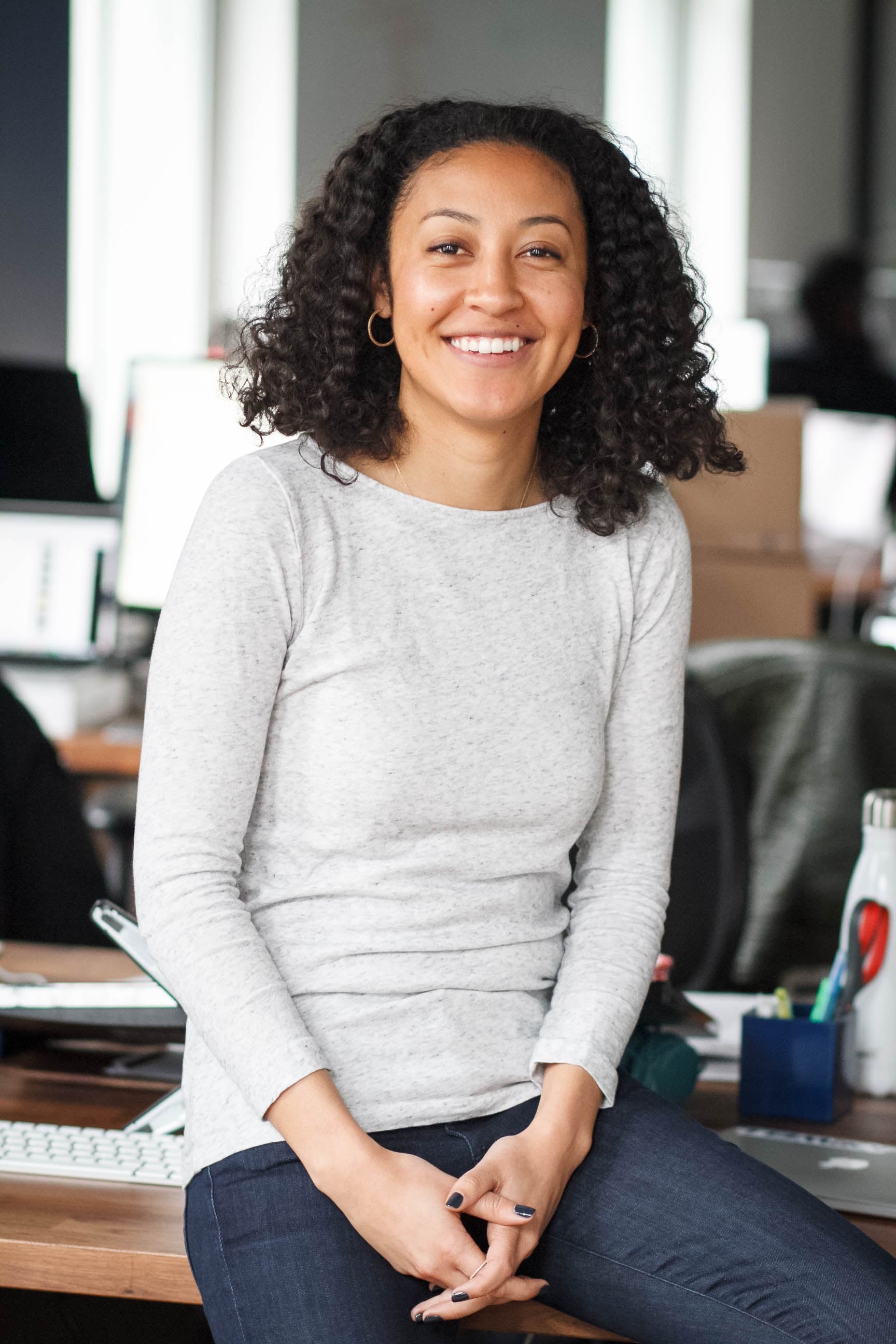 Tani Brown knows the power of technology well and what it means to work in the industry. As a former Google employee, she’s now head of partnerships at Jopwell, a recruitment platform meant to create a more diverse workforce in different industries. Brown enjoys how the iPhone helps her stay on top of her work and that it provides a means of access for underrepresented groups.

"The iPhone has been an amazing tool that is an essential part of my workday, allowing me to field emails on the go, check in easily with my team, and, more importantly, give our community of black, Latino/Hispanic, and Native American students and professionals access to our platform of career resources from wherever they may be!"

However, she also likes her time away from her phone. "I'll add that there's also something very nice about 'unplugging.' It's funny to think that term didn't exist in that context a decade ago and that it's now used so frequently."

"I'll add that there's also something very nice about 'unplugging.'"