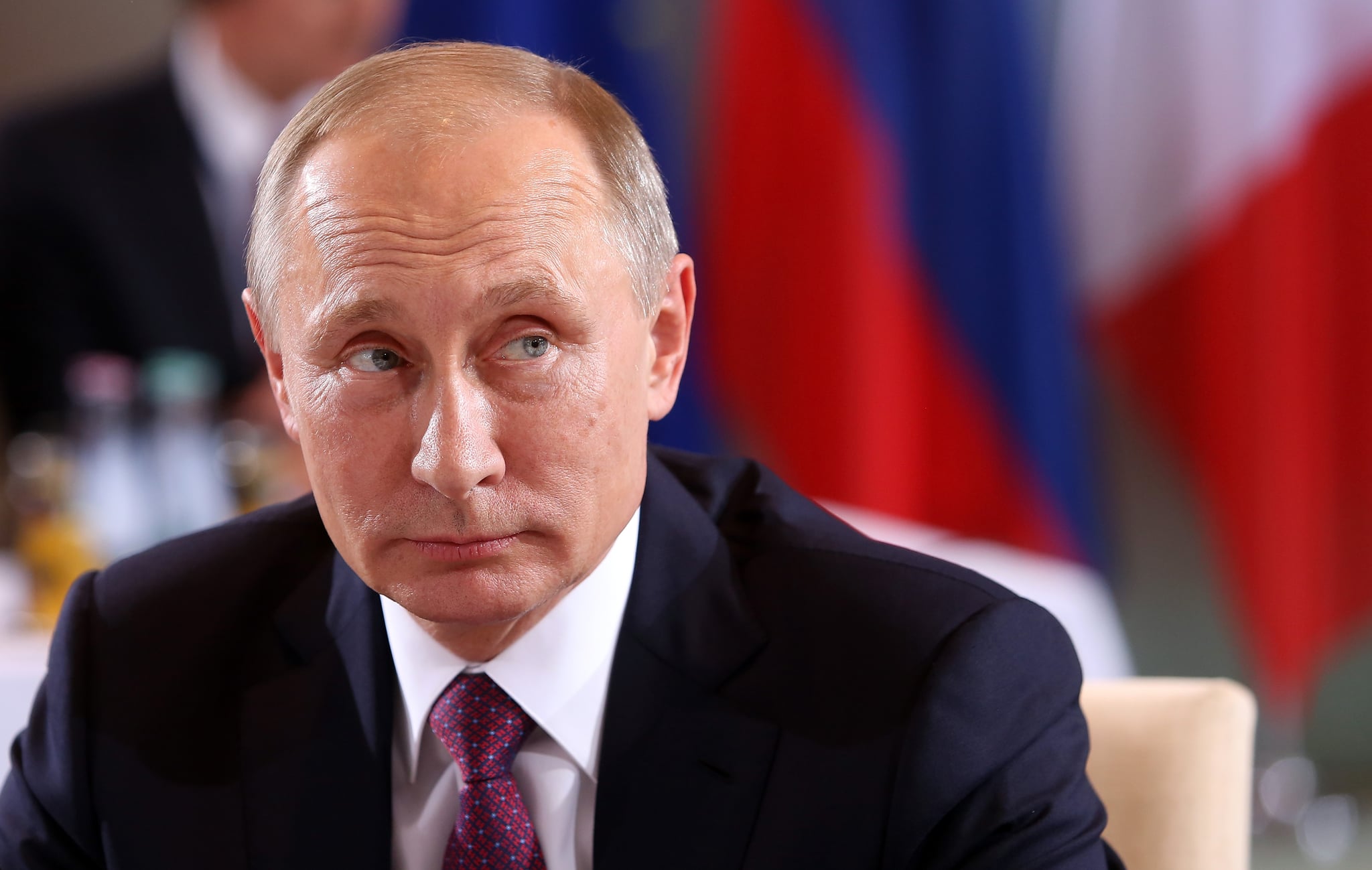 It sounds too surreal to be true: a presidential campaign may have worked with one of America's greatest historic enemies, Russia, to take down a political opponent. On March 20, FBI Director James Comey came out with yet another bombshell about the 2016 election, his first being the letter he sent Congress about Hillary Clinton's email server days before the November election. This time, Comey divulged that the FBI is investigating the Russian government's efforts to interfere in the 2016 presidential election, and that includes investigating "links between individuals associated with the Trump campaign and the Russian government, and whether there was any coordination between the campaign and Russia's efforts."

If criminal wrongdoing by the Trump campaign is uncovered, it could have a lasting impact on American democracy. Comey himself summed up what hangs in the balance:

One of the things we radiate to the world is the importance of our wonderful, often messy, but free and fair democratic system, and the elections that undergird it. So when there is an effort by a foreign nation-state to mess with that, to destroy that, to corrupt that, it is very, very serious. It threatens what is America. And if any Americans are a part of that effort, it's a very serious matter.

Regardless of how you feel about Comey's past judgement, it's hard to argue with that assessment. In the scope of past American scandals, conspiring with Russia to help win an election would rank up there. Congress impeached President Richard Nixon for covering up the break-in of the DNC headquarters at DC's Watergate complex during the 1972 campaign. This has parallels, since the DNC was once again hacked in 2016, but the scale of a scandal like this one would be unprecedented in our history.

What Did Russia Have to Gain?

A foreign actor undermining an election with help from Americans would be a serious blow to our democracy. But we should also look at what Russia would have to gain by interfering to really understand how it could threaten US interests. Under Vladimir Putin, Russian interests have not been American interests. We've been on different sides of issues like Syria, gay rights, and stability in Europe. Researchers who focus on Russian politics are split on whether Russian actors hacked the DNC and the Clinton campaign to help elect Donald Trump — or to simply damage an incoming Hillary Clinton administration, which would have taken a strong stance against Putin on areas of disagreement. Dr. Yana Gorokhovskaia, a postdoctoral research scholar in Russian politics at Columbia University, told POPSUGAR that she leans toward the latter theory.

Under Vladimir Putin, Russian interests have not been American interests. We've been on different sides of issues like Syria, gay rights, and stability in Europe.

"I find the more likely explanation for the hacking to be the long-standing dislike that President Putin has had for Hillary Clinton since her days as the Secretary of State under Obama." Gorokhovskaia noted that Clinton was accused of instigating protests in Russia and of being supportive of regime change in the former Soviet Union: "She's used some strong language to describe both Russia's regime and Putin personally." So the attempts to damage her campaign could have been less about electing Trump and more about weakening her inevitable presidency and undermining trust in American democracy.

While the main goal could have been to hurt Clinton, there is a chance that Putin also saw an opportunity with Trump — specifically, that he may be easier to manipulate, explained Dr. Sarah Wilson Sokhey, who studies Russia as a professor of political science at the University of Colorado Boulder. And others have argued that "Putin saw a potential for lucrative deals with Trump's businesses and possibly with the US government," she told us. Trump's open admiration for Putin and his willingness to reconsider US policy towards the Ukrainian crisis and sanctions couldn't hurt either.

Related:
An Unexpected but Important Sign That the Women's March Was a Huge Success

Following Comey's testimony, CNN reported that the FBI has information suggesting Trump associates communicated with suspected Russian operatives to possibly coordinate the release of information damaging to Hillary Clinton's campaign. "If there was actual collusion between the Trump administration and the Russian state, I would expect that the quid pro quo for Russia was a promise to respect what Putin views as Russia's 'traditional' sphere of influence," said Gorokhovskaia. Basically, Trump would promise to back off in the region Putin likes to dominate in exchange for the info on Clinton. "This would mean that the US would abandon democracy promotion and aid in Eastern Europe and Central Asia, back down from support of Ukraine, and probably lift sanctions." Gorokhovskaia said that while these policy changes may happen, they wouldn't necessarily be evidence Trump's team worked with Putin directly. "I very deeply doubt that there was active collusion between the Trump campaign and the Russian state to help elect Trump."

If experts like Gorokhovskaia don't suspect explicit coordination between Trump and Putin, what could potentially troublesome cooperation during the 2016 campaign look like? Writing in The New York Times recently, columnist Nicholas Kristof said there is a "smell of treason" in the air and claimed that a source (who is not a Democrat) told him there is a persuasive piece of intelligence on ties between Russia and a member of the Trump team that isn't yet public. Kristof then engages in a bit of "guesswork" to surmise what this could look like:

At some point, I suspect, members of the Trump team gained knowledge of Russian hacking into Clinton emails, which would explain why Trump friend Roger Stone tweeted things like, "Trust me, it will soon the Podesta's time in the barrel."

This kind of soft collusion, evolving over the course of the campaign without a clear quid pro quo, might also explain why there weren't greater efforts to hide the Trump team's ties to Russia or to camouflage its softening of the Republican Party platform position toward Moscow.

This fits with CNN's reporting and Gorokhovskaia's assessment that Russia was mainly acting in a way to undermine Hillary Clinton. Perhaps Russian and Tumpian actors figured they had a mutual adversary (Clinton), and those in the Trump camp who have done Putin-friendly work in the past took advantage of their ties to Russia for an upper hand in the election. In July 2016, Trump himself said, "Russia, if you're listening, I hope you're able to find the 30,000 emails that are missing." Watch below.

"It is certainly very big news if there is evidence of links between the Russian government and Trump's campaign," said Sokhey. As Comey himself said, it could threaten our "wonderful, often messy, but free and fair" democratic tradition. Sokhey believes the potential consequences depend largely on the response by Republicans who control Congress. Assuming Congress can act as an actual check on any bad actors in the Trump campaign, our democracy should be fine.

Of course, the actions of Congressman Devin Nunes don't bode well for that. Nunes is the chair of the House Permanent Select Committee on Intelligence, which has bipartisan oversight on the Trump/Russia investigation. The day after Comey's testimony to the committee, Nunes ran over to Trump to directly share information with the president about the investigation. Nunes claimed to have seen intelligence that Trump's transition team communications were picked up in monitoring of other (foreign) targets, but he has since backed down from his claims. Nunes also worked on Trump's transition team, which is being investigated. There is a major conflict of interest. America would be served best if both Democrats and Republicans put partisan politics aside and tried to get to the bottom of this.

The potential consequences depend largely on the response by Republicans who control Congress.

In addition to questioning the legitimacy of our electoral process, if Trump or his associates are not held accountable for any possible wrongdoing, his foreign policy will likely benefit Russia — to an extent. "Trump could lift sanctions and pursue an isolationist foreign policy, meaning that the US would have a smaller role in promoting and protecting democracy abroad," Gorokhovskaia explained.

Trump's outsized admiration for Putin is usual. For example, when asked on Fox News about Putin being a "killer," Trump had this to say: "There are a lot of killers. We've got a lot of killers. What, you think our country is so innocent?" Gorokhovskaia said that was shocking. "Trump is saying that the American political system is just as brutal and corrupt as the Russian political system. Beyond the fact that a statement such as this should insult most Americans who value American democracy, it also plays into the Kremlin's hands."

"This is in no way normal and should worry people."

Since the era of the Soviet Union, Russia has long pointed to problems in the US, like racism and economic inequality. "Putin himself has made these types of statements when asked to account for the state of Russian democracy. So I would say that this is in no way normal and should worry people." Gorokhovskaia said stripping the US of the "special" status as a beacon of democracy and human rights might go hand in hand with Trump's more isolationist foreign policy. "This would also help Russia pursue a revisionist international policy in an environment where international norms of human rights and international law matter less because all political leaders are essentially the same."

But Gorokhovskaia also noted that what Russia gains by a Trump presidency might be outweighed by what it potentially loses. "Hillary Clinton would have been a predictable foe for Putin." Moreover, Gorokhovskaia said, Clinton would have been a handy object of blame and ridicule for Putin. As we're all finding out, there's no playbook for dealing with Trump. "He's neither an obvious enemy nor is he an experienced or known international political actor. Who knows what his actual foreign policy will be? The Russians have lost a reliable opponent and gained an unreliable maybe ally." In other words? Perhaps Trump's unpredictability is America's best chance against Russian influence.