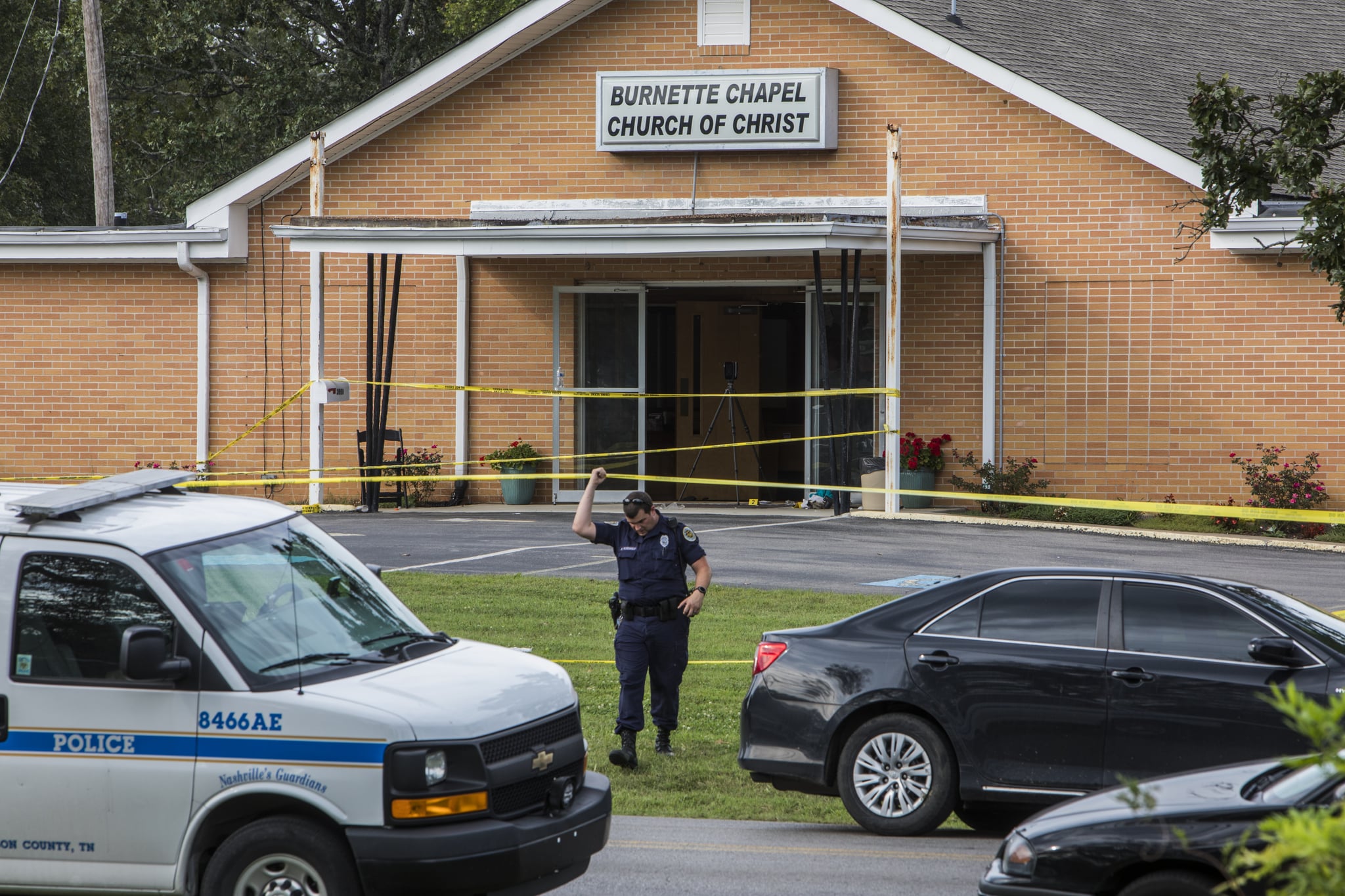 Thanks to the quick actions of a man named Robert Engle, a mass shooting incident at a Tennessee church was far less deadly than it could've been. After Emanuel Kidega Samson entered the Burnette Chapel Church of Christ in Antioch, TN, and started shooting, Engle, an usher at the church, went face to face with him and stopped him in his tracks. People are now calling Engle a hero and are grateful for his bravery in such a terrifying situation.

During the confrontation, 25-year-old Samson pistol whipped 22-year-old Engle, but in doing so he accidentally shot himself in the chest. Engle then ran out to his car, got his own pistol for which he had a permit, and kept Samson on the ground until police came. The Nashville Police Department praised Engle and called him a hero, according to CNN. "We hear all the time about citizens doing the right about deciding to get involved," said Don Aaron, a spokesman for the Metropolitan Nashville Police Department. "That's what Engle did; he saved countless lives today. He was brave. He took action even to his own peril, his own injury and he is at the end of the day the hero in this. Because we think this could have been much worse in terms of death." Other churchgoers, like Minerva Rosa, agreed with the sentiment. "He was a hero today," Rosa said to reporters.

Engle, however, doesn't consider himself worthy of the hero title. "The real heroes are the police, first responders and medical staff and doctors who have helped me and everyone affected," he said in a statement, while recovering at a hospital. "I ask everyone to pray for the victims, family members of the victims, our church community. Please pray for healing. Also, please pray for the shooter, the shooter's family and friends. They are hurting as well."

Samson has since been charged with first-degree murder and is being held without bond. Samson killed 39-year-old Melanie Smith in the Sept. 24 shooting, and six others were injured.