Serra Sippel is the president of the Center for Health and Gender Equity (CHANGE) and leads the organization's advocacy agenda to advance gender equality by promoting sexual and reproductive health and rights globally. Follow Serra on Twitter at @SerraSippel. 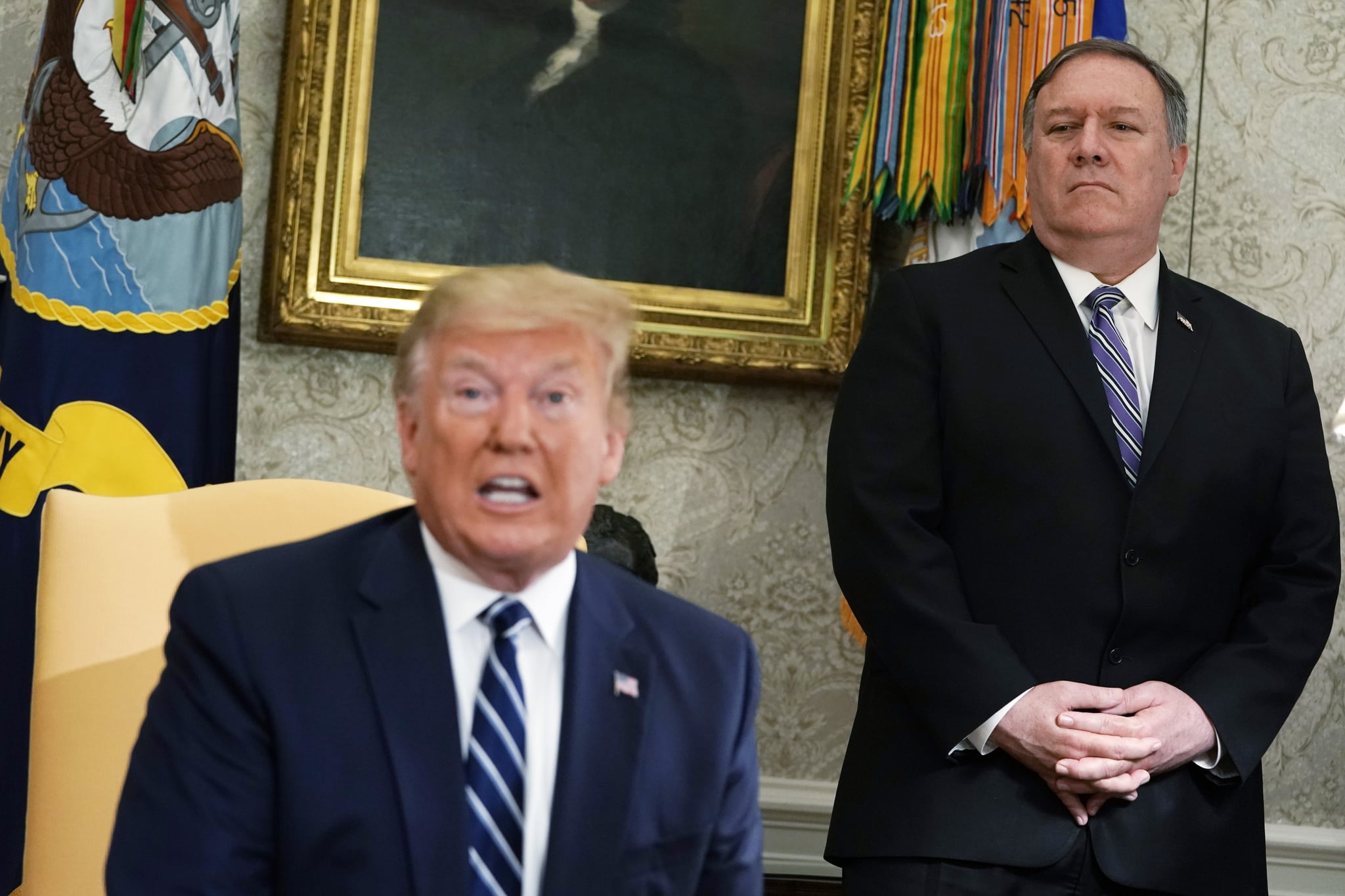 At the end of May, it was widely reported that the Trump administration was planning to launch a new group at the State Department to offer so-called "fresh thinking" on international human rights and "natural law." The new body, to be called the Commission on Unalienable Rights, would advise Secretary of State Mike Pompeo and "provide fresh thinking about human rights discourse where such discourse has departed from our nation's founding principles of natural law and natural rights." Yikes.

The takeaway is pretty simple: the Trump administration is waging a radical and calculated attack on our rights.

This focus on so-called "natural law" is a barely coded signal. "Natural law" is often meant to suggest "God-given," a phrasing that is less common in modern human rights literature but which could signal a religious component — that the White House and the State Department are abandoning the United States' historic role as a global leader in protecting human rights, and at worst, actively working to undermine the rights of women and LGBTQ+ people abroad. This is hardly surprising from an administration that quit the UN Human Rights Council and is working actively to eliminate sexual and reproductive health and rights frameworks (SRHR) in multiple global agreements -— but is no less disturbing.

The takeaway is pretty simple: the Trump administration is waging a radical and calculated attack on our rights, attempting to derail the global consensus on sexual and reproductive health and rights and take us back to a time where women, children, gender nonconforming individuals, and LGBTQ+ people are openly under threat.

If this focus on "natural law" and undermining sexual and reproductive health and rights sounds familiar, it's because this crusade is not just about banning abortion rights in states like Alabama, Missouri, Louisiana, Ohio, and Georgia, or repealing Roe v. Wade. It's a larger global fight — one that will impact hundreds of millions of people around the world.

But how did we get here?

At the International Conference on Population and Development in Cairo in 1994, the United States — after years of pressure from the international women's movement and global health advocates — joined with 170 other countries in adopting a sexual and reproductive health and rights framework as a pathway to achieve gender equality and sustainable development. Prior to 1994, the US focused its global efforts on demographics and population control, which led to numerous human rights abuses and problems. This shift in framework was a huge win for women and meant that US international development programs and funding would now move toward human rights and gender equality.

The global consensus on sexual and reproductive rights took a long time to build, but without support and leadership, it can be unraveled.

Let's be clear: sexual and reproductive rights and health are important. Reproductive rights are pretty simple to understand — they're entirely about deciding what to do with your reproductive organs: controlling if, when, how, and with whom you want to have children. Sexual rights mean controlling your own sexual destiny and decisions. This can range from laws about consent, to prohibitions against child marriage, to the decriminalization of homosexuality. Together, this rights and health framework empowers everyone and ensures that the global community provides people with relevant resources for their individual situations.

This is what the Trump administration is trying to stop.

The Trump administration has systematically attempted to undermine the global consensus on sexual and reproductive health and rights since 2017. At the United Nations, the US joined countries like Sudan, Russia, and Saudi Arabia to strip language on these rights out of the UN Commission on the Status of Women's official documents and went so far as to reject an agreement at the UN because the US is a "pro-life nation" that does not support abortion or comprehensive sex education. This is false. The majority of Americans support abortion access, and the majority oppose the US exporting abortion restrictions in our foreign assistance. The Trump administration even tried to veto a UN resolution on survivors of sexual violence because it mentioned vital postviolence reproductive health services.

That's why it is clear that Secretary of State Mike Pompeo's announcement that it will start to examine human rights through a "natural rights" perspective is both terrifying but, also, unsurprising.

These attacks on SRHR matter. The global consensus on sexual and reproductive rights took a long time to build, but without support and leadership, it can be unraveled.

Just this month, for example, Botswana repealed colonial-era restrictions criminalizing homosexuality, a major win for sexual rights in Africa, and Ecuador legalized gay marriage in another win for LGBTQ+ rights in South America. But by radically departing from this international set of norms, the Trump administration is trying to change the arc of history and could potentially set back the forward consensus on human rights by decades.

When the US steps away from this international SRHR framework, it telegraphs to bad actors that the US will not hold countries accountable for attacks on human rights, or the allowance of child marriage and female genital cutting. This undermines the international SRHR framework on who matters: who gets health services, what health services are provided, and what the expectations are for holding governments accountable for providing them. This is the difference between a survivor of domestic abuse getting critical health services or not. This is the difference between an LGBTQ+ individual getting important health screenings or not. This matters.

So as the Trump administration aims to invoke "natural rights" and undermine the global consensus on sexual and reproductive rights, we must stand up against it. We must remember that what is natural is upholding our human rights. We must remember that as we fight for our rights at home, we need to stand in solidarity with the millions of people around the world who do not have a voice in the US political process.