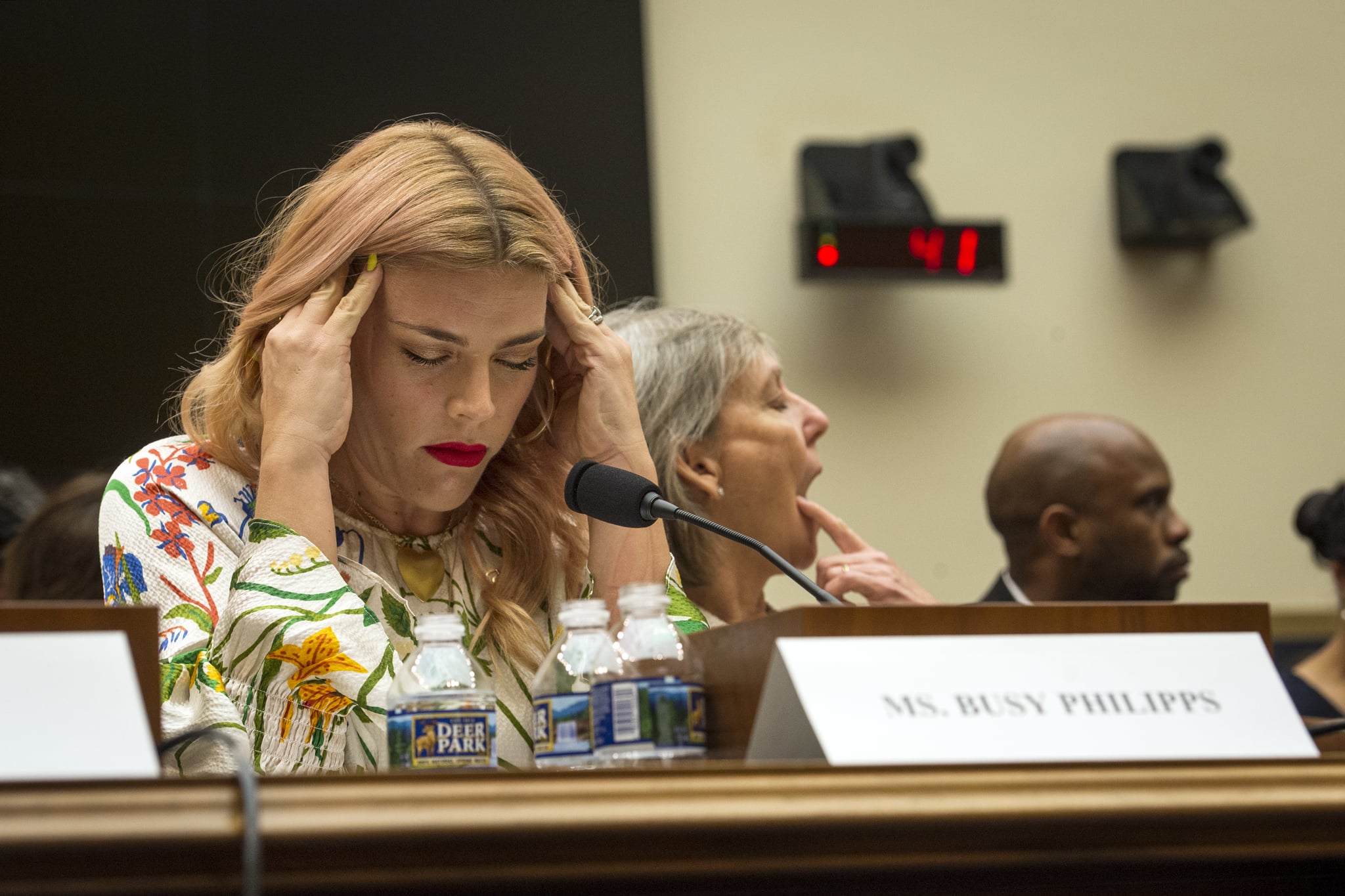 On June 4, actor, author, and activist Busy Philipps testified before Congress about her abortion experience. Among many powerful and electrifying quotes from her testimony, Philipps recounted to lawmakers how many women had thanked her for coming forward and stressed the commonness and everyday nature of abortion. "Abortion is health care and should not be treated as different from any other health care," she said.

Prior to her impassioned testimony this week, Philipps started the #YouKnowMe hashtag on social media to encourage the one in four women who have had abortions to share their stories, and in doing so, destigmatize and demystify abortion care. #YouKnowMe came in response to a series of dangerous total, or near-total, abortion bans being introduced or signed into law in Georgia, Alabama, Missouri, Louisiana, and other states.

Related:
ALL Proceeds of This Miley Cyrus and Marc Jacobs Sweatshirt Go to Planned Parenthood

The thousands of stories that have since surfaced have been vital to the dialogue around reproductive rights, and the women who have told them should be celebrated. And yet, the fact that we still need social hashtags like #YouKnowMe is undeniably frustrating. Abortion storytelling is beautiful, powerful, and important — but why does our culture require women to potentially forfeit their privacy, comfort, and safety just so other people will care about a critically important issue they should already care about? The voices, testimonies, and emotional labor of those who choose to tell their abortion stories are inspiring and impactful — but sharing those stories should be just that: a choice.

There is no equivalent demand on men to disclose and defend the choices they make about their own bodies and health care.

The fact is, abortion remains dangerously stigmatized. While more open conversation about its safety and prevalence will help change that, it's insulting and degrading that our culture pressures women to yield our privacy and expose ourselves to the sexist hatred and harassment that are so common on the internet, just to be seen as human. Stigma aside, why should anyone be forced to publicly disclose anything about their personal medical history, just to ensure they can still receive health care? There is no equivalent demand on men to disclose and defend the choices they make about their own bodies and health care.

It's a critical time for abortion rights. In the past seven years alone, more than a third of all 1,200 antiabortion laws across the country were passed, rendering abortion care inconvenient at best and inaccessible at worst for millions of American women well before May. Just three years after Roe v. Wade was decided, Congress enacted the Hyde amendment, which prohibits government funding of abortion care in nearly all cases and effectively serves as an economic ban on abortion, disproportionately for low-income women of color. And most alarming of all, in recent years, the United States has been the only industrialized nation in the world to see steadily increasing maternal death rates, in tandem with more and more restrictions on abortion care.

Those who have only begun paying attention now, with a conservative, antiabortion Supreme Court majority and near weekly state abortion bans, should have cared a long time ago — and without having to hear the personal stories of their loved ones.

Similar to #MeToo, #YouKnowMe has the potential to fundamentally transform the conversation around abortion access by raising awareness about how prevalent and wide-ranging women's experiences with abortion are. But like #MeToo and the #WhyIDidntReport hashtag that followed last October's Brett Kavanaugh hearings, it shouldn't fall on individual women to bear the onus of dismantling the misogyny that gives rise to antichoice sentiment.

In an ideal world, it wouldn't take women on the frontlines, risking so much, just so others can understand abortion bans are wrong and that the government should not have the power to force women to give birth. But of course, this isn't an ideal world. It's critical that we listen to, trust, and support those who come forward with their abortion stories — and it's critical that all of us, regardless of our own experiences, ensure that talking about and fighting antiabortion stigma don't just fall on the shoulders of those who have had abortions.