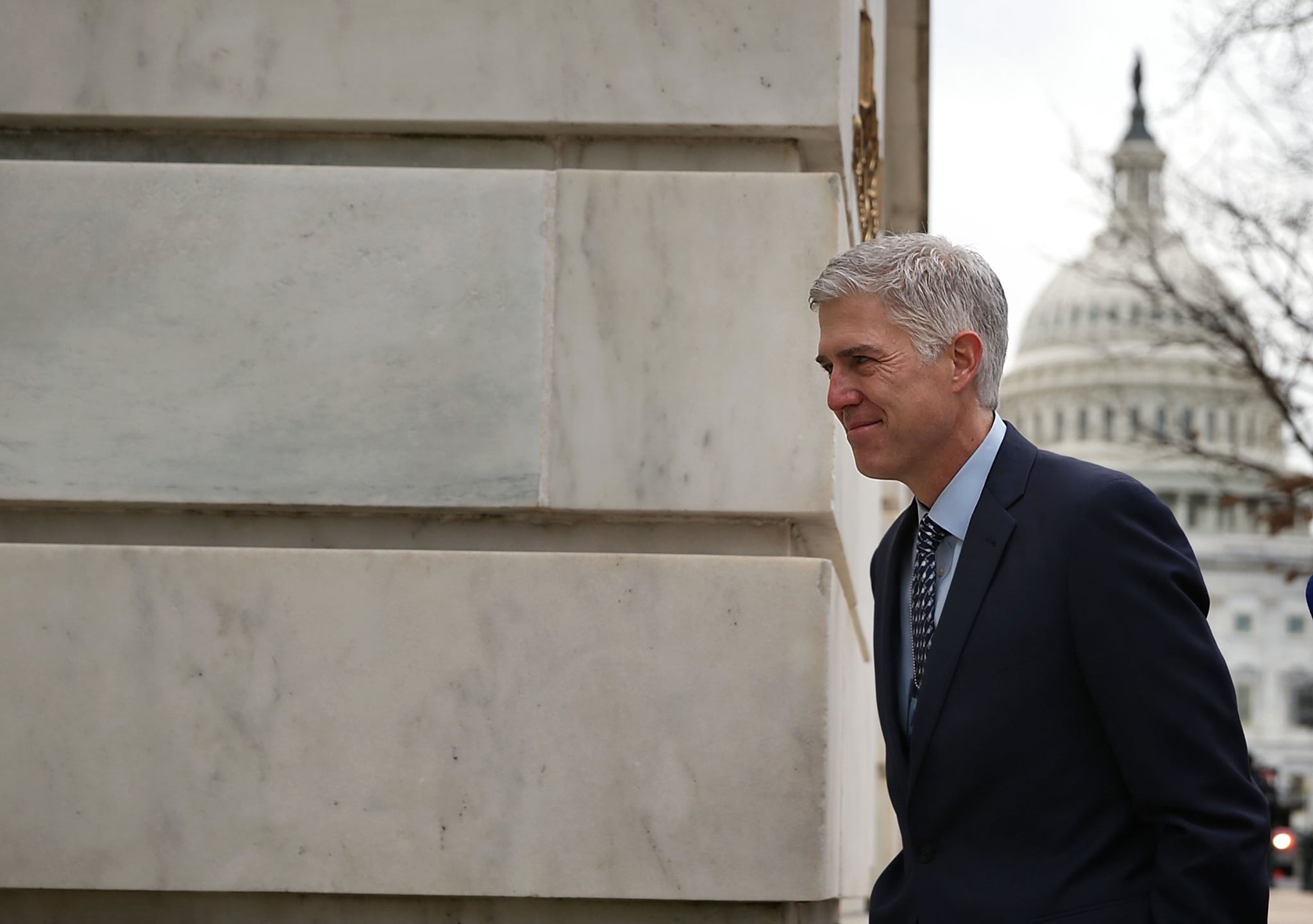 In case you missed it, Congress is expected to

Like Scalia, Gorsuch is considered an originalist, which is basically just a fancy way of saying "someone who bases his decisions off the literal interpretation of something that was written almost 250 years ago." Unfortunately, those ideals apparently do not extend to his stance on that whole separation of church and state thing, since Gorsuch has a rather robust résumé of ensuring that us ladies consider Jesus ahead of our sexual freedom and access to birth control.

In 2013, during the famous Hobby Lobby case, Gorsuch was instrumental in ruling that for-profit businesses should not be required to cover contraception through their insurance provisions to employees. In fact, Gorsuch wrote that if companies were forced to do so by law, employers could "bear moral culpability" for the lascivious acts of women wanting to prevent unwanted pregnancies. He has also argued that Obamacare tramples the rights of religious nonprofits by requiring them to provide contraceptive coverage. And yeah, these employer-sponsored health insurance plans DO cover medications like Cialis. Apparently lawmakers like Gorsuch think the big guy upstairs is chill about providing a four-hour erection but not so much the protection from said erection's potential consequences. 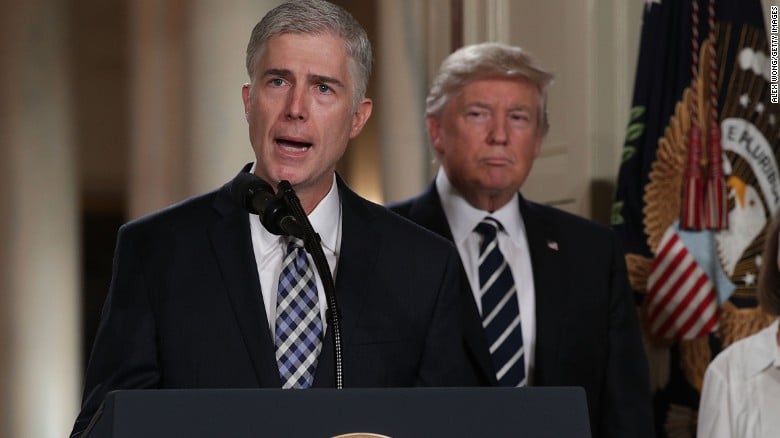 Tabling the inherent inequality in that ruling, Gorsuch has built his career and reputation primarily on the back of not having women's backs. A cursory Google search for Neil Gorsuch yields articles with an overwhelming focus on his support for "religious freedom" as a means to limit and revoke women's freedoms. And while I am a huge proponent of and activist for religious freedom in this country, I do not want Jesus, Moses, or Muhammad near my lady regions.

But the implications of decisions like Gorsuch's extend beyond religion.

For women, the inherent fear in having someone like Gorsuch take a seat on the Supreme Court is that we will lose the power to have a CHOICE over our bodies and more ominously, our lives. For millions of women across the country, losing coverage for "preventative care and screenings" (which encompasses birth control) is not just a slightly inconvenient extra cost, but a life-and-death issue. Low-income women often cannot afford birth control without the help of insurance (an average cost of about $1,200/year) and thus are more prone to unwanted pregnancies, plunging them further into the cycle of poverty.

Impoverished women who cannot afford the choice of when to have children and how many they want/can afford oftentimes raise their kids in that same poverty, limiting the next generation's ability to advance educationally and economically. This cycle continues and further widens the gap between those who can afford to circumvent policies like Gorsuch's and those who are at the mercy of what their employers think Jesus wants (ironically, a man who emphasized caring for the poor).

Birth control allows women to complete their educations, support themselves and their families financially, attain reliable and sufficient employment, and continue to seek out better care options. It is imperative that we ensure women have the right to choose birth control if we have any chance of uniting and leveling the playing field in our country.

If you are a woman who is morally opposed to contraception due to your religious leanings, that's your choice. But it should not be your choice, or the purview of any judge, to determine what other women do with THEIR bodies. We have possessive pronouns for a reason . . .

We are now faced with potentially 30-plus years of decisions by a man who believes that women should not have that choice, who seemingly does not care that his rulings on women's rights have and will continue to sentence millions of women and children around the country to lives of struggle and hardship. With discussions surrounding the defunding of Planned Parenthood and the overturn of Roe v. Wade accompanying Gorsuch's confirmation, we must stand up to our lawmakers who use religion as an excuse to prevent us from succeeding in society and reaching our full potential.

We will not be controlled by decisions informed by what some bearded dudes from thousands of years ago may or may not have wanted us to do with our bodies — and we shouldn't allow a man in a robe from the present to determine that either . . .

Politics
Tommy Dorfman Stresses the Importance of Passing the Equality Act: "We're Under Attack"
by Monica Sisavat 4 days ago