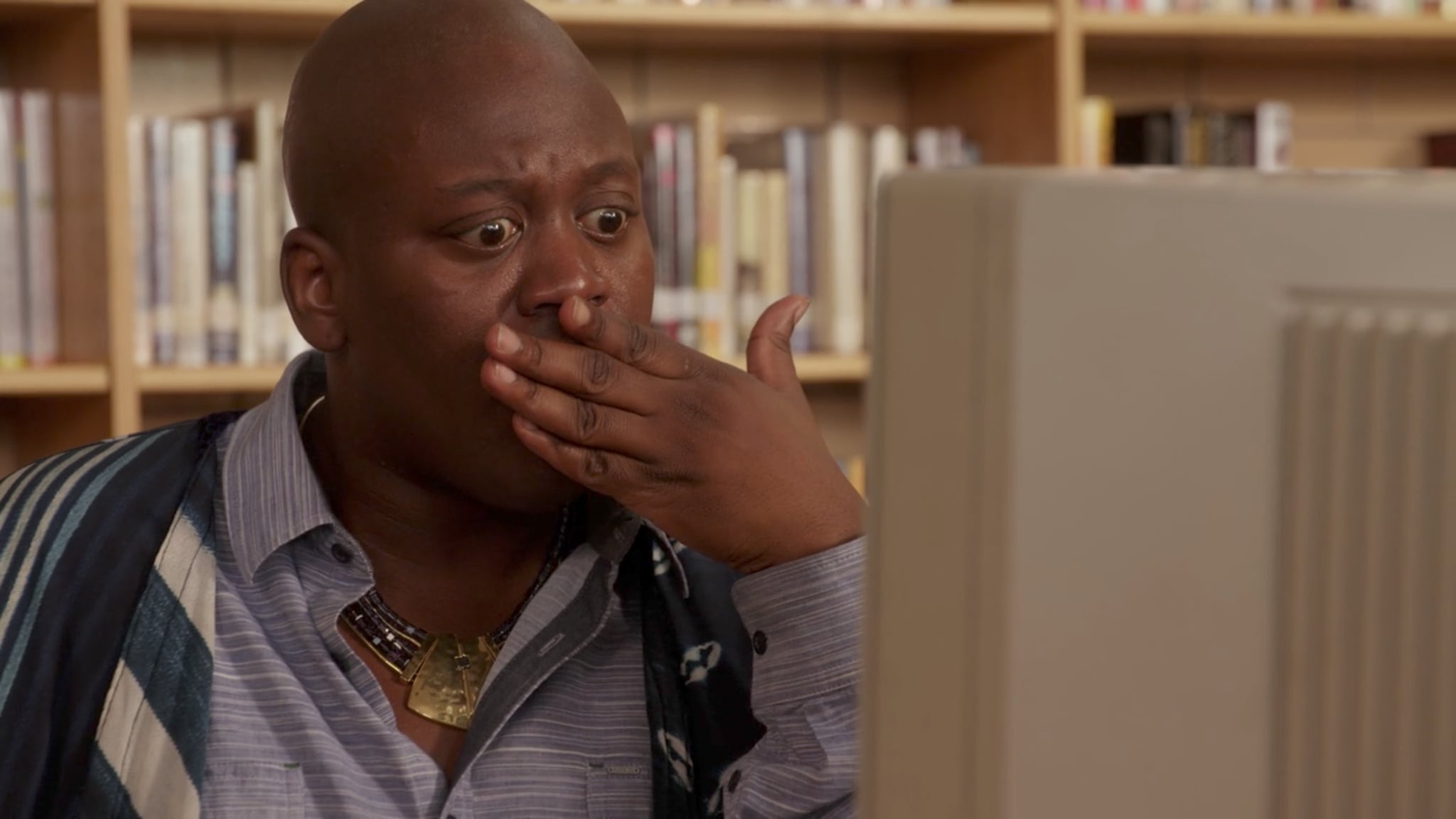 On the night of Sept. 5, Gay Twitter was sent into a downward spiral thanks to one very special man. His name is Parks Denton, and he does not exist. It turns out, whoever was posing as the Twitter personality had been at it for several years, according to NY Mag. He'd been favoriting tweets and openly flirting with other gay men on Twitter. He'd been sliding all up into multiple DMs. He'd even been agreeing to dates (and then not showing up)! But his (Her? Their?) perfect illusion came crashing down in one night, thanks to the collective efforts of various Twitter users.

Many have shared tales of their interactions with Parks Denton, but one that's been getting a lot of attention comes from @thedealwithalex. His full, 11-tweet story tells of a cute man who followed him on Twitter once upon a time: "half Asian, ottery, had two ear piercings like in the middle of his ear." This Parks Denton character then proceeded to change his avatar to a picture of someone else completely before he stood up our storyteller for drinks. Alex even presented proof of his story in the form of an "I got catfished" tweet he sent at the time.

Everything came to a head on the night of Sept. 5, when a group of Twitter users joined forces to confront the faker. Twitter user @chillowsky tweeted, "@ParksDenton your profile pic is actually my friend. That's hella creepy, stop. @Twitter this is why I reported this account." Another user, @Sakel, tweeted, "@ParksDenton get your fake ugly ass off my friend's accounts dnt be so stupid 2 take someones pictures who lives in the same city and is gay." Parks Denton — or more accurately, the person behind the accounts — quickly wiped the internet of his presence.

Lest we or Mr. Denton forget, the internet keeps receipts. In the interest of protecting the person whose pictures "Parks" used, we're not going to include any of the actual photos from the fiasco. We will, however, include a hilarious collection of reactions to the situation that ignited Twitter on the night of Sept. 5 and the morning of Sept. 6.

I know who Parks Denton is pic.twitter.com/6Fcs3ccvFz

Omg, I can't wait to launch my new podcast about the #ParksDenton mystery. It's already sponsored by Square Space and Blue Apron.

me trying to catch up on this #ParksDenton business pic.twitter.com/pAprWllrme

Apparently I'm so old I wasn't even catfished by Parks Denton

I have no time to look into whatever you gays are tweeting about rn I'm logging off to grab a beer with my 100% real pal, Parks Denton

People were catfished by someone claiming their name was Parks Denton? pic.twitter.com/2nRovglHOz

good morning some of u were tweeting thirstily @ parks denton as recently as 2 days ago pic.twitter.com/mhY5vj4wyc

Personal Essay
Cartoons Are Finally Embracing the LGBTQ+ Community, and It Means the World to Me
by Deniz Sahinturk 3 days ago