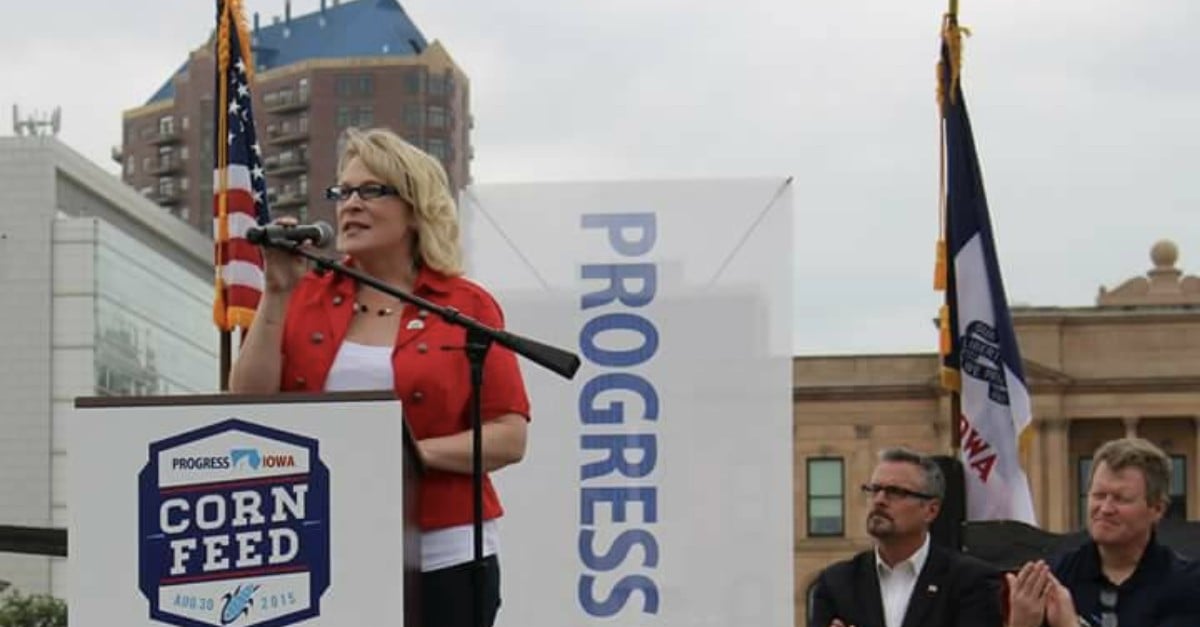 Kim Weaver, a Democratic woman running for Congress in Iowa, announced that she was dropping out of her race this weekend after a series of "very alarming acts of intimidation, including death threats."

Over the last several weeks, I have been evaluating personal circumstances along with the political climate regarding...

Though Weaver's day job is as long-term care advocate for seniors in assisted living, she's no stranger to public life. In 2016, she sought to unseat Republican Rep. Steve King, and though she lost to the noted Trump supporter, she was staging another run against him in the 2018 election. Weaver said the Obamacare repeal and the introduction of AHCA prompted her to enter the race again. When asked about her feelings on the new healthcare legislation on Twitter, she quipped: "I think that instead of calling it the American Health Care Act, we should call it #AmericanDeathCareAct."

I think that instead of calling it the American Health Care Act, we should call it #AmericanDeathCareAct. https://t.co/vQB41Nwv7b

In a note to her supporters on Facebook, Weaver also acknowledged that, given the uncertainty around healthcare coverage, she'd face a difficult road ahead if she quit her job to campaign full time for the Iowa seat and that she has an ailing mother who's facing the same set of issues.
"My mother lives in Des Moines and has been experiencing ongoing health issues," she wrote. "I feel that it's necessary to be more available to support her. Considering this, along with the time and energy it takes to succeed as a candidate, I realize that I can't fully commit to both."
Weaver told The Des Moines Register that Hillary Clinton called her after receiving the news that she exited the race, encouraging her to remain in politics. The Iowa 4th district race was one that was being closely monitored nationally after Steve King's racist Twitter comments back in March.

For his part, King took to Twitter after receiving news that Weaver had dropped out of the race, saying that he hadn't wanted her to drop out, but that he believed "Death threats likely didn't happen but a fabrication."

I wanted #KimWeaver IN the race-not out. Democrats drove her out of the race-not R's. Death threats likely didn't happen but a fabrication.