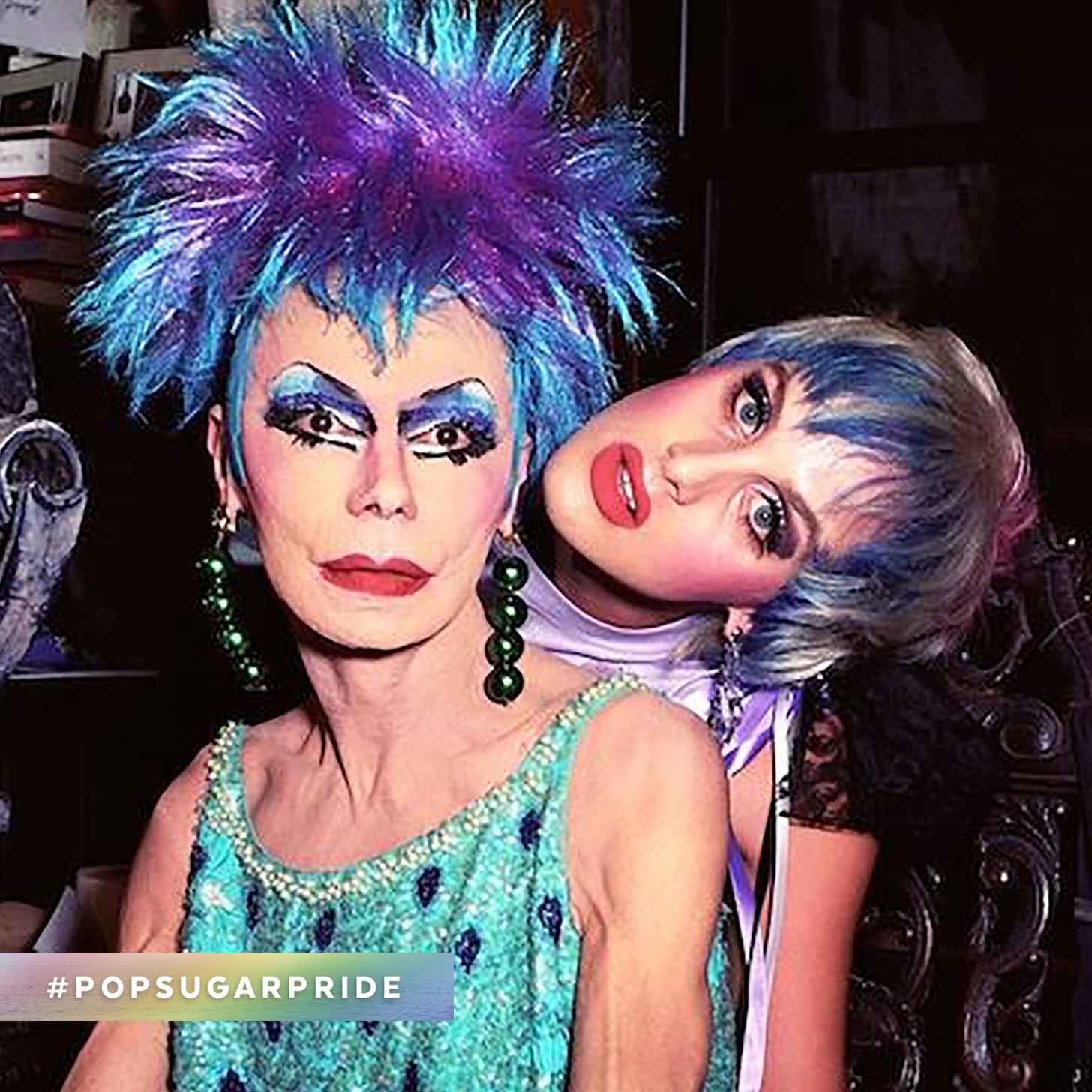 Zackary Drucker is an independent artist and activist, as well as a producer on Amazon's groundbreaking TV series Transparent.

I met my grandmother, Flawless Sabrina, when I was 18. It was 2001, and I had just moved to New York City from Syracuse. I went to the West Side Piers for Wigstock, a drag festival they had back then. I couldn't afford the $20 to get in and see the performance, so I hung out near the entrance and took pictures of some of the queens who were coming in and out. As Flawless Sabrina left, I took a picture of her, and she said to me, "You're on the wrong side of the camera, kid."

I hung that picture on my wall. Later, I continued to see her around in the club scene. She was always the oldest person in the club. She's now 77 and has lived in the same apartment in New York for 50 years.

In the pre-Stonewall days, Flawless Sabrina was incarcerated around 100 times for the crime of cross-dressing, while she toured her drag contests across America from 1959 to 1969. She and her friends took that act from town to city to town, all across America from Appalachia to the Pacific Northwest. They would organize local talent to perform. In a grassroots effort coordinated by phone tree, advance people would go to the next city or town to hang out in the coffee shops, find out who the gossip queens were, and who could spread the word that the drag contest was coming to town. It was an underground network.

Those are the people that I look to in times like this: our elders who survived intolerably hostile environments and times. Many of the people I revere and look up to have been able to see around the corner. It seems trans folks have a long history of being seers in their communities.

Throughout history, we have been persecuted. Globally, we are persecuted. Nationally, we're persecuted. The stakes are always changing. And the stakes I have, as an American-born white trans woman, are very different from the stakes of my trans sisters who are undocumented and from Central America. The stakes are different for all of us, so it's essential that we look out for the more vulnerable members of our community. Pride this year is more important than it has ever been in my lifetime.

We need to tap into the spirit of resilience.

Flawless Sabrina would tell me stories about the way the queens used to treat each other or trans women. Sex workers in Central Park were throwing acid in each other's faces, or super-gluing bits of razor blades under their fingernails, so they could claw each other. We're a group of people who have not always had a good sense of community or sisterhood, a people who've been devoured by internalized shame.

We can't afford to attack each other any longer. It's divisive and cruel to single people out because their politics are different from ours. We're all fighting for the same things, respect and equality.

We need to tap into the spirit of resilience that Flawless has shown. We need to nourish the sense of pride that catapulted the first brick at the Stonewall riots. We need to listen to our inner voices saying: "I'm worth more than this, and I'm willing to speak out and fight for it!"

As told to Ryan Roschke