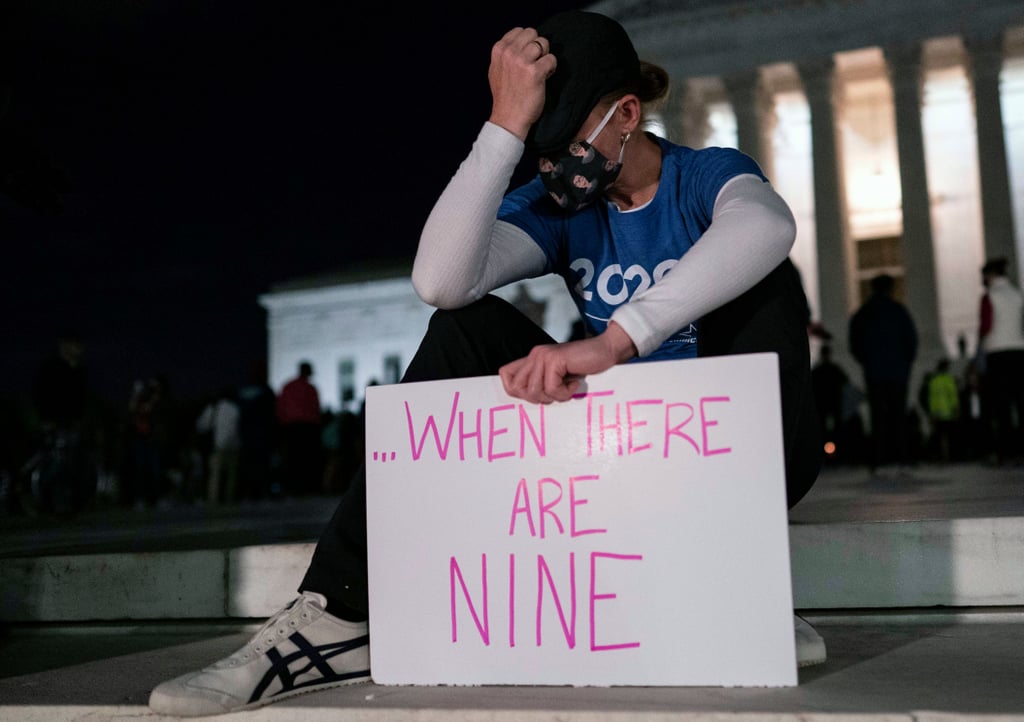 Shortly after the news of Supreme Court Associate Justice Ruth Bader Ginsburg's death broke on Sept. 18, hundreds gathered on and around the steps of the courthouse in Washington DC to honor her legacy. The revered judge and feminist icon died at the age of 87 after a battle with metastatic pancreatic cancer. She was surrounded by her family and friends.

Those who admired Ginsburg from afar spontaneously gathered at the US's highest court to pay homage on the night of her passing. The attendees chanted "RBG" and "Honor her wish" — likely referring to her final request that her seat not be filled "until a new president is installed." The crowds also listened to a recitation of the Kaddish (a Jewish mourning prayer) and sang songs like "Amazing Grace" and "Imagine" together. In the days following, mourners continued to flock to the courthouse with flowers and protest signs. Senators Elizabeth Warren and Kristen Gillibrand were among the politicians who spoke at a candlelight vigil on Saturday honoring the late justice.

Ginsburg served on the Supreme Court for 27 years after being appointed to the position by then-President Bill Clinton in 1993. "Our Nation has lost a jurist of historic stature," Chief Justice John Roberts said in a statement released by the Supreme Court. "We at the Supreme Court have lost a cherished colleague. Today we mourn, but with confidence that future generations will remember Ruth Bader Ginsburg as we knew her — a tireless and resolute champion of justice." See more photos of the makeshift memorial created in her honor below. 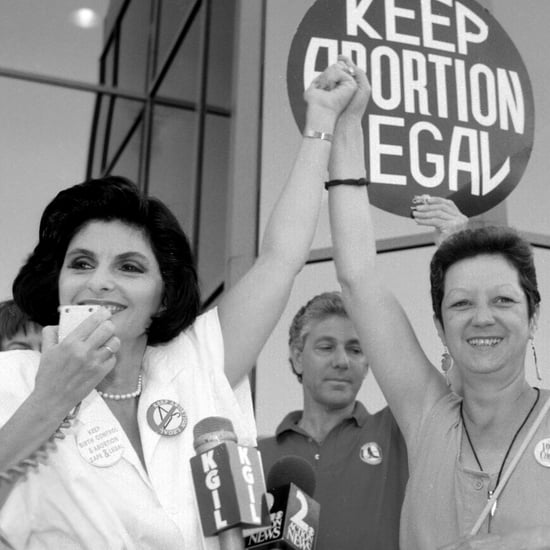 Supreme Court
Will Roe Ever Be Law Again? Here's How History Could Inform the Future.
by Abigail Higgins 2 weeks ago