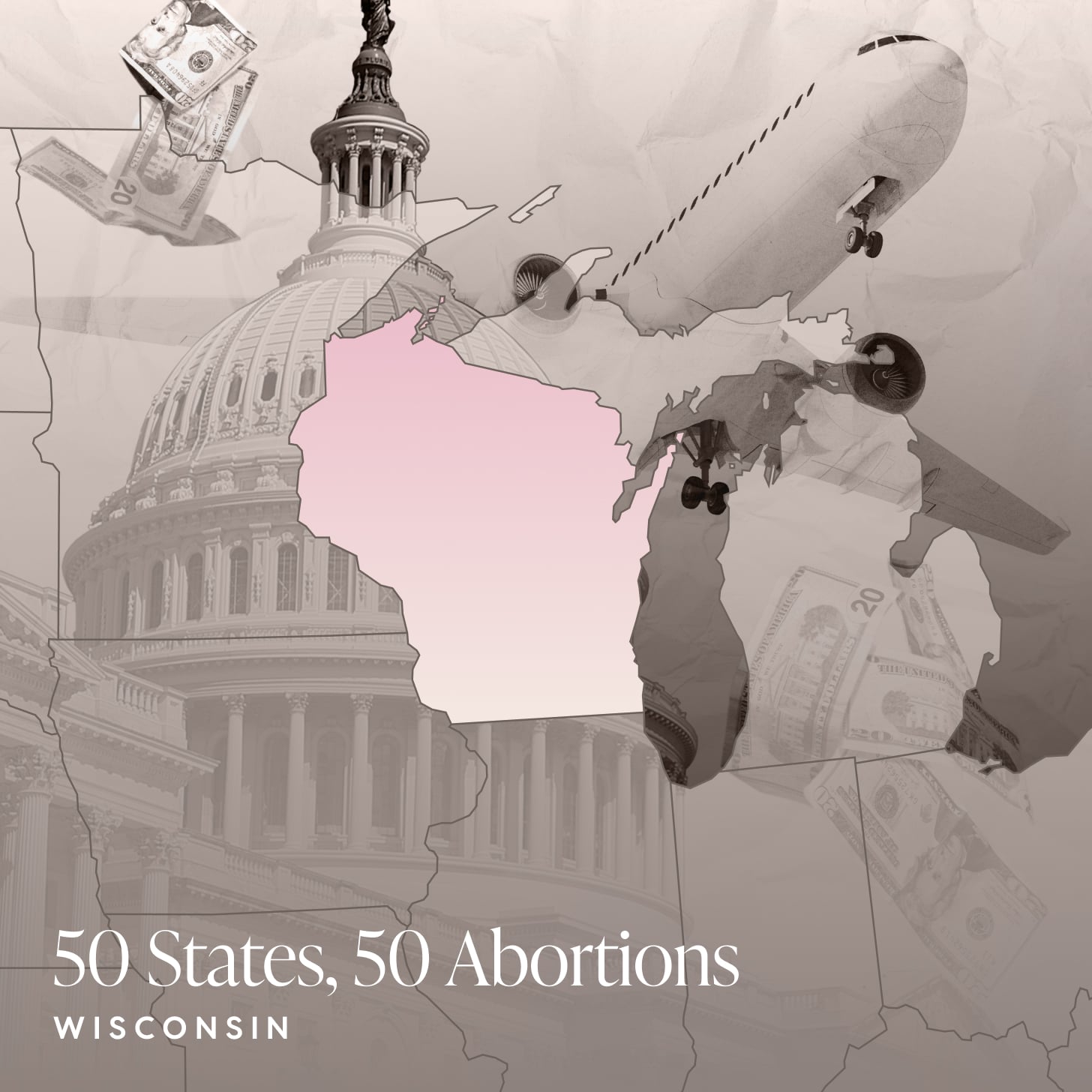 My spouse and I had decided to try for another baby when our first child was about 15 months old, and I got pregnant on the first cycle. Because I was over 35, I [was] eligible for the noninvasive prenatal testing, which is the blood test that they do to check for chromosomal abnormalities in the baby. So I got that test, and it kind of threw our lives into turmoil. The results suggested that the fetus may have had Down syndrome. From the very beginning, this initial diagnosis, it was just devastating and unexpected. We hadn't discussed what we would do if that was true.

I went through follow-up testing, including a chorionic villus sampling (CVS) procedure, which tests tissue from the placenta before you're eligible for an amniocentesis — so, early in the pregnancy. I also underwent a nuchal translucency screening, a special ultrasound that checks the amount of fluid in the back of a fetus's neck. There was more fluid than normal, which is another risk factor for Down syndrome. Knowing that the CVS results would likely confirm the diagnosis (and they did), we found someone to watch our then-1-year-old as we processed our emotions and decided what to do. What would it mean to have a child with a disability? What would that look like for our life, our marriage, and our firstborn, who may be responsible for taking care of this child someday?

I'm a researcher, so my process was to gather as much information as possible, which would allow me and my spouse to make the best decision for our family. We had consultations with two different genetic counselors. I learned that about half of newborns with Down syndrome have congenital heart disease, often requiring surgery. And although children with Down syndrome can go on to have full lives, there's a greater risk of losing the pregnancy and of the child having medical complications and long-term health problems.

It was the hardest decision that I've ever made in my life, even though I think I knew pretty early on what that decision would be. And I still struggle with that decision that we made, but ultimately [understand] that bringing this child into the world, it did not seem fair to them to bring in a potential life of suffering and struggling and pain. And though this fetus had a heartbeat, we had a child already, and we had to think about what this would mean for all of us. I sometimes think our decision might have looked different if we lived in a country with better and more accessible support for families with children who have disabilities, but that's not the case. Caring for a disabled child is life-altering and expensive.

My doctor, who I trusted and who had carried me through my pregnancy with my first child, was incredibly supportive and compassionate. But as a professor at a state university, I was an employee of Wisconsin, and my insurance did not cover abortions. I had to decide if my doctor would perform the procedure or if I was going to go somewhere else. This experience was so traumatic that I wanted to be in the hands of somebody I felt safe with, so I asked how much it would cost for my doctor to perform the abortion. I believe I was quoted around $15,000. Despite it being a significant financial burden that we could not afford, I considered it. After some more deliberation, we decided to seek out Planned Parenthood.

Because of the rules in Wisconsin, I had to go through a mandated procedure where you go in and they are required to walk you through all of these things — all these horrible and retraumatizing questions. I also had to get an ultrasound, and they were required to make me look at the fetus. Then I had to wait 24 hours to actually schedule the abortion. Though the people at Planned Parenthood were supportive, gentle, and compassionate, the process itself was awful. We came back a couple of days later, by which time I was at 13 weeks, and I had a dilation and curettage (D&C) procedure. I asked to be knocked out completely — I didn't want any memories of it.

My physical recovery is hard to remember, but it was definitely challenging. It's a shock to your body. There was bleeding and pain, though I don't remember that lasting a long time. In other ways, including emotionally, I'm still recovering two and a half years later. I gained weight from the pregnancy, which is normal, but I held onto that weight for a long time because I was depressed, eating a lot, and couldn't exercise after the abortion. I was miserable, and the weight and bleeding were reminders that, though I had been pregnant, I didn't get a baby. The hormonal shifts happening at the same time made everything feel more intense. These hormonal changes were difficult to overcome. That was really, really tough.

I have a good support system, so I relied on the people who love me a lot. I'm particularly grateful for my spouse, with whom I can be so emotionally vulnerable. He very much believed that it was my body and ultimately my choice, but we handled this as a team. I'm grateful for my first child, and now my second, who just turned 1. I had another loss after the abortion, so my second child was actually my fourth pregnancy. It's been a tough road to get here, which has made me even more grateful to have this healthy, wonderful family.

That one positive thing that I could get out of this [experience] that happened to me is sharing my experience with others and destigmatizing things.

But I found myself holding back one piece of information. I was afraid of the shame and judgment I would face for choosing to terminate this pregnancy, knowing that the baby had a good chance of survival. When people talk about ending a pregnancy for medical reasons, it's most often because of a fatal diagnosis. I had this misconception that not many people choose this path when test results reveal a strong likelihood of Down syndrome. But I found out that at least 67 percent of Down syndrome pregnancies end in termination. Still, I felt the stigma when making that choice.

As incredibly hard as it is, sharing my experience with others has helped me heal and allowed me to advocate for people who may find themselves in similar circumstances. Once I was ready to have children, I never thought I'd be in this situation. But there are many reasons to seek an abortion, all of which are valid.

I handled my experience with a lot of bravery, but I wish I had been more confident in knowing that it wasn't anyone else's business or choice. The idea that the freedom to choose could be taken away is unimaginable.