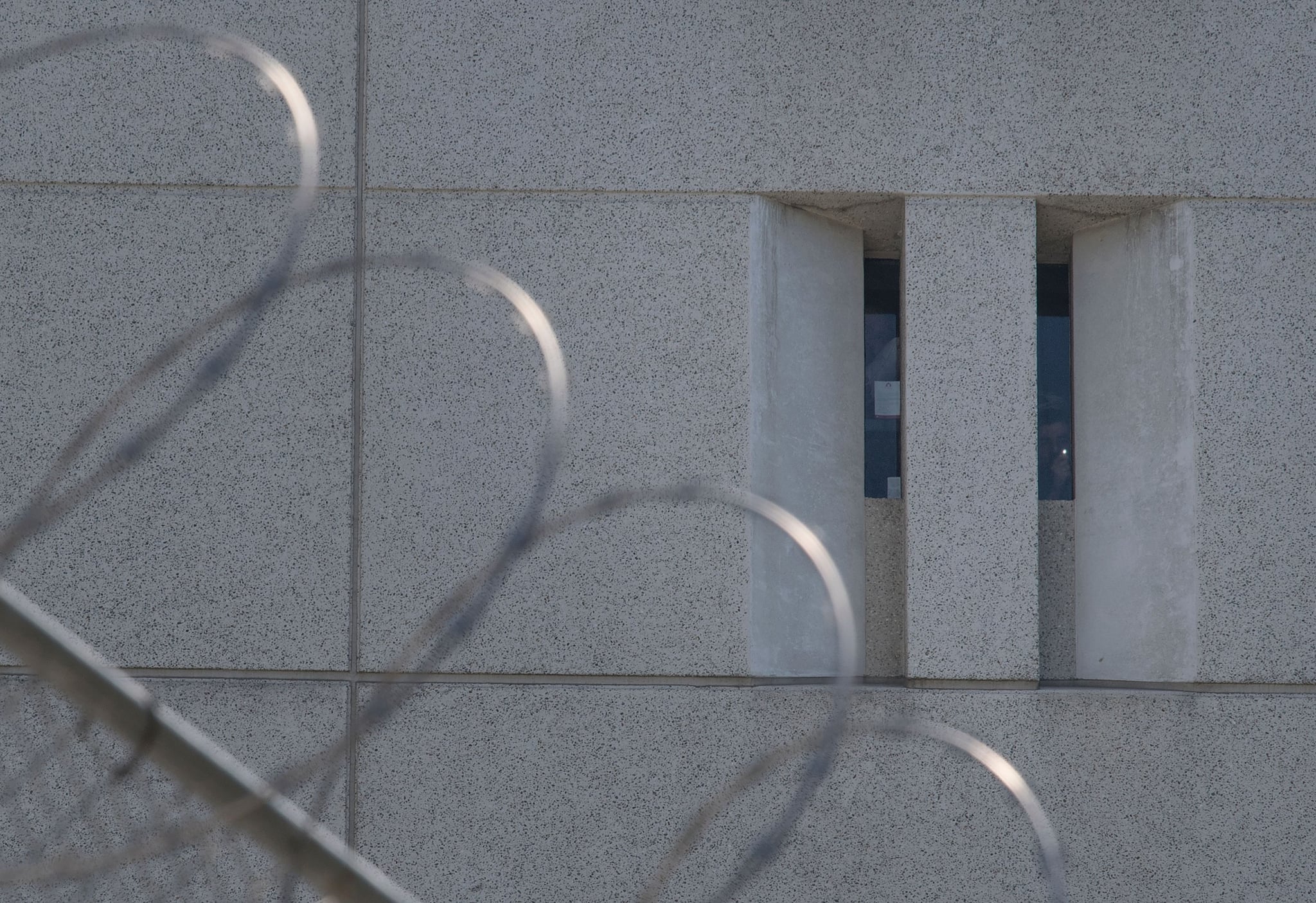 A prisoner shines a light from a window at an LA ICE detention center.

Last week, Dawn Wooten became the latest whistleblower regarding the treatment of migrants inside US Immigration and Customs Enforcement (ICE) facilities. A former detention center nurse, Wooten filed a claim with the Department of Homeland Security claiming that mass hysterectomies were being performed on women without their full consent — and sometimes, without their knowledge.

These allegations rightfully shocked many, as politicians, celebrities, and social media users drew comparisons between ICE conditions and Nazi Germany. But forced sterilization in America is not a random imitation of Nazi's eugenic history; it's a vile continuation of our own. In fact, it was California's mass sterilization in the 1920s, then recorded by the Eugenics Record Office, that in part helped form Hilter's blueprint for racial purification in Germany. Eugenics is the belief that the human species can be improved by preselecting those with "desirable" traits to reproduce in an effort to "breed out" disease, criminal traits, and mental illness.

In the early 1900s, sterilization in America thrived through federally funded programs used to control growing Asian and Mexican immigrant populations in the west and Black populations in the south. Originally targeting "undesirable" genes in people with criminal records and mental illnesses, it strategically evolved to include immigrants, people of color, and low-income citizens soon after. These programs purposefully sought out the most vulnerable communities, with victims who legally and financially could not fight against a government that had already predetermined their fate.

Below is a brief timeline of our country's history with sterilization, which has disproportionately affected women of color for more than 100 years.

The Eugenics movement enters the American political and economic system in an effort to eliminate "unfavorable" genetics of people with disabilities and those perceived as "socially inferior."

Michigan is the first state to introduce a compulsory sterilization bill. It does not pass.

Pennsylvania passes a sterilization bill that is later vetoed.

Indiana becomes the first state to legally pass eugenics laws and mandate sterilization of the "feebleminded," criminals, and "imbeciles."

By this year, 12 states, including California, Connecticut, and Washington, have some form of sterilization legislation in place.

By this time, 3,000 people have already been involuntarily sterilized in the country since the eugenics movement began.

Virginia's Eugenical Sterilization Act is signed into law under the guidance of Dr. Albert Priddy, the first superintendent of the Virginia Colony for Epilectics. Later that year, Priddy presents 18 subjects (all women) for a sterilization case study. The first proposed subject is Carrie Buck — a 17-year-old pregnant girl who was raped by her foster family's nephew.

In Buck v. Bell, the Supreme Court approves the sterilization of individuals in all public institutions showcasing characteristics of "imbecility, epilepsy, and feeblemindedness." This included Priddy's first subject case, Buck, who became the first patient in America to face a legally mandated sterilization.

Sterilization begins in Puerto Rico. Approximately one-third of all Puerto Rican women were sterilized up until the 1970s.

Elaine Riddick, a 14-year-old Black girl in North Carolina is recommended for sterilization by a social worker after being raped. Her procedure is signed with an "x" by her illiterate grandmother, who was not informed of the procedure.

A five-person committee in North Carolina begins a sterilization program that lasts 45 years, sterilizing over 7,600 women, children, and men of color.

The Relf v. Weinberger case draws nationwide attention to the 100,000-150,000 people being involuntarily sterilized each year across the country.

By this year, 20 to 25 percent of Indigenous women have undergone forced sterilization in America since 1970.

By this year, California is responsible for 20,000 sterilization procedures, the highest number of any state.

Since 2006, almost 150 female prisoners in California have been secretly and illegally sterilized.

The Eugenics Compensation Act is signed into law to provide protections and reparations for victims.

As you can see, this is a devastating history, and one that isn't widely known. These eugenics methods were intentional tactics to disrupt the history and lineage of families and cultures. This drive to control marginalized groups, especially women of color, still has roots in our reproduction rights and decisions today.

If you're interested in learning more about America's history of sterilization, documentaries are a great place to start. I recommend watching The Eugenics Crusade (available on PBS and Amazon Prime) about the origins of eugenics and its role in American history. To learn how sterilization affected women specifically, No Más Bebés (available on PBS) is a documentary about California's history of sterilizing Latina women, and Belly of the Beast is a documentary about the recent sterilizations in California's female prisons, premiering next month.

Personal Essay
As a Black Fashion Editor, I Have People Like André Leon Talley to Thank For My Dreams
by Shelcy Joseph 4 hours ago