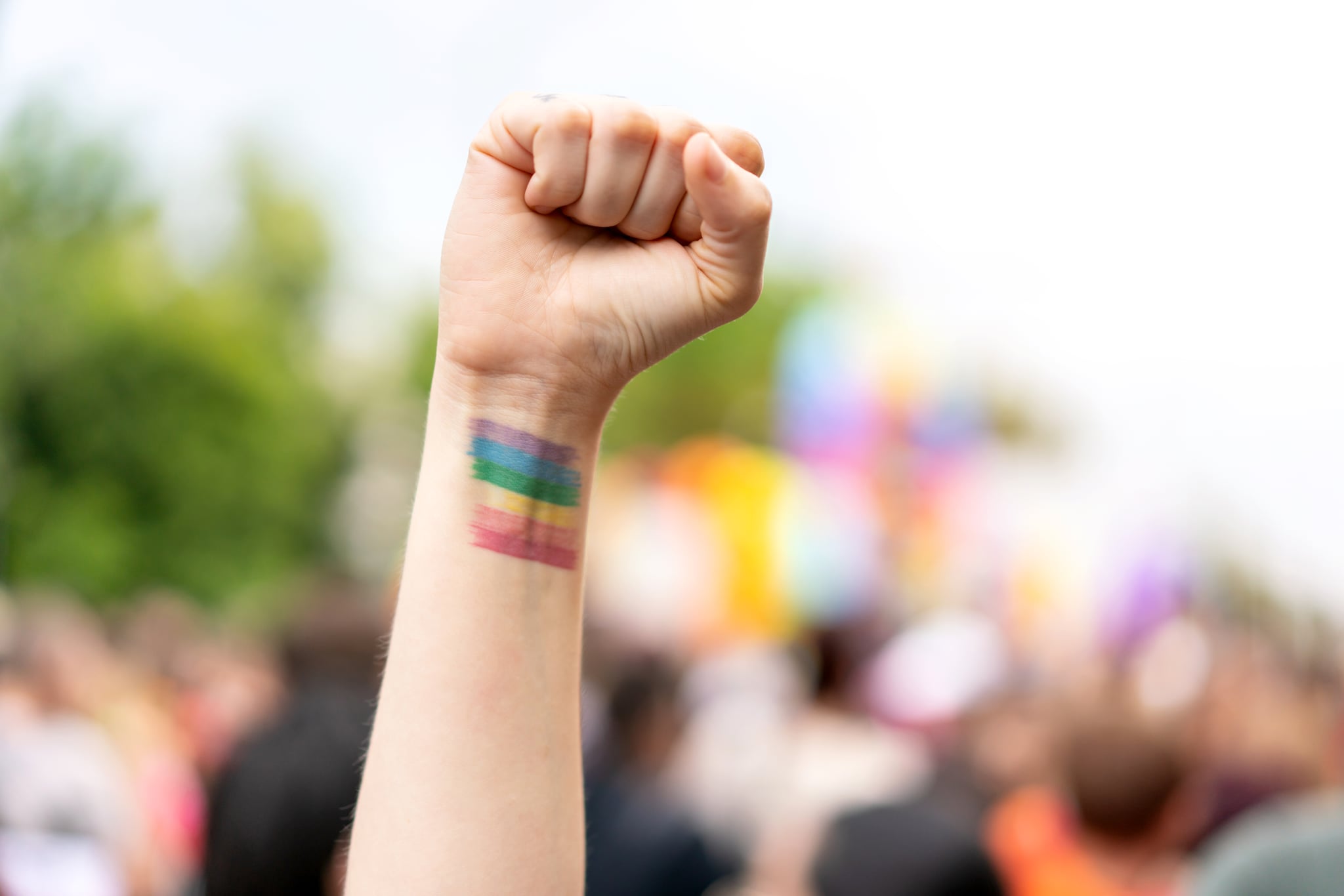 More than a third of LGBTQ+ Americans faced discrimination last year, with no explicit protections under the Civil Rights Act. The Equality Act — a bill that would amend the Civil Rights Act to ban discrimination on the basis of sexual orientation and gender identity — would offer LGBTQ+ Americans protection in employment, housing, public accommodations, and more. This couldn't be more important to pay attention to right now, especially since there's been a growing trend of anti-transgender legislation in the US.

Although Vice President Kamala Harris has advocated for the Equality Act and President Biden vowed to sign it, there are still steps that need to be taken before this legislation becomes reality. The Equality Act won the House in February, but the Senate still needs to vote on the bill. Here's how you can help support this landmark bill as it journeys to the Senate:

1. Call or email your senators.

Reach out directly to the representatives who will be voting on the act. They represent you, so make sure they know that you support this piece of legislation. You can find your two senators' phone numbers at Senate.gov. The Human Rights Campaign (HRC) can also connect you to your senators and even provides a script for you to use when you call. HRC will also send an email on your behalf, which you can customize to make a little more personal.

Adding your name to a petition shows government officials that the Equality Act has vast public support. Celebrities like Taylor Swift have added their own Equality Act petition that you can sign on Change.org. Other petitions you can support include The Action Network's and GLAAD's.

Just like representatives co-sponsor bills, you can become a community co-sponsor for the Equality Act. If you add your name to the HRC list, it will go directly to Congress to support the passage of the bill.

Many organizations are working to achieve equality and protection for the LGBTQ+ community. If you're in a position to donate, you can help these groups continue the fight to pass the Equality Act. Groups such as HRC, GLAAD, The Trevor Project, and The Trans Justice Funding Project can use your help. Additionally, supporting businesses that actively donate to LGBTQ+ organizations is also a great way to advocate with your dollar.

If you feel comfortable, sharing your personal experiences with discrimination due to your sexual orientation or gender identity can help others understand the LGBTQ+ experience and move them to support the Equality Act. You can speak with your family and friends, post on social media, or send your story to the Human Rights Campaign.

If you're an ally, or aren't able to share your own stories, it never hurts to show your support. Social media allows us to easily share issues LGBTQ+ people across the country constantly face, which in turn encourages anti-discrimination conversation. You can share powerful videos of major figures like Laverne Cox celebrating Trans Visibility Day, or post organizations people can donate to help support the Equality Act and the LGBTQ+ community. This is one of the best ways to raise awareness within your own circle of friends and family.