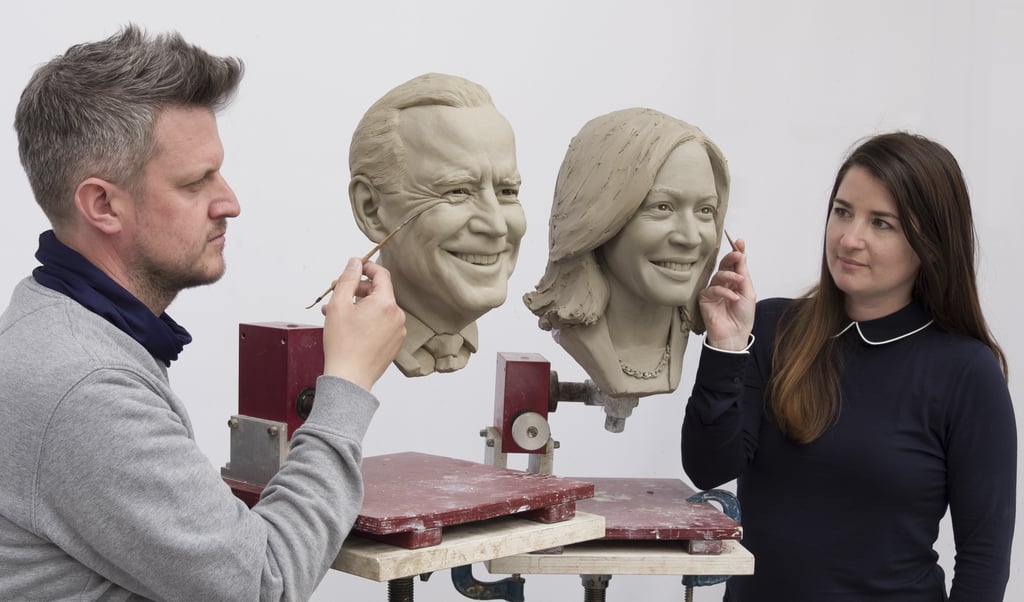 Three months after being sworn in as the first woman vice president, Kamala Harris has made history again as the first vice president to be honored with a Madame Tussauds wax figure. In keeping with the museum's tradition of creating a wax figure of each standing US president, Joe Biden's figure was announced shortly after the 2020 presidential election. On April 28, Madame Tussauds revealed images of President Biden's clay bust alongside that of Vice President Harris's, both created by a team of studio artists in London.

"We're honored to create a figure for Vice President Harris and reflect this significant moment in US history for guests inside Madame Tussauds New York," a spokesperson for the museum said. The heads took six weeks to sculpt and required artists to consult hundreds of images of the president and vice president, according to a press release.

Once completed, Harris's full wax figure will wear a custom outfit created by Christopher John Rogers, the designer behind the vice president's inaugural purple coat and dress. The outfit will include a replica of the dress and blazer Harris wore on Inauguration Day, as well as replicas of her gold and pearl necklace, pearl earrings, bracelets, and rings. Biden's figure will be dressed in a midnight-blue Ralph Lauren suit, a white dress shirt with a french cuff, cufflinks with the words "US Senator," and a lavender tie to match his own Inauguration Day look.

The wax figures will take four to six months to complete and will be placed in Madame Tussauds's "Oval Office" experience in New York once they're unveiled. In the meantime, take a look at the works in progress here.