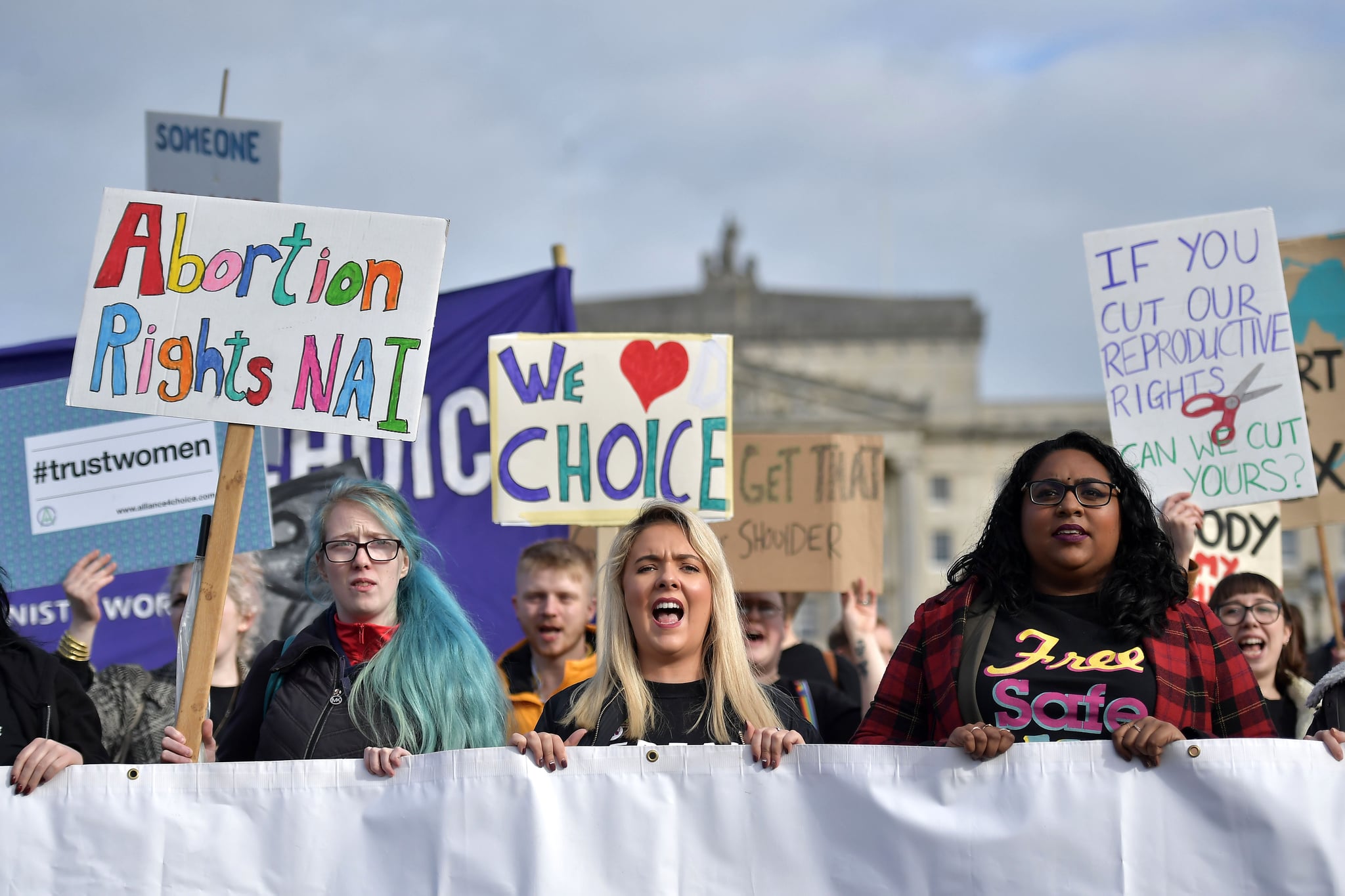 At the stroke of midnight, abortion and same-sex marriage became decriminalized in Northern Ireland. A historic vote in the United Kingdom's Parliament set the legislation in place in July. Northern Ireland's government had until Oct. 21 to block it, but allowed the deadline to pass. This move toward improved equality and reproductive rights aligns Northern Ireland with laws in the rest of the UK. The legislation requires that free, legal, and local abortion services are available to women and girls in Northern Ireland as of March 31, 2020. Until then, people seeking abortion will continue to travel elsewhere in the UK for the procedure, with financial support from Northern Ireland. Between now and April 1, when the law comes into full effect, people who seek an abortion will not be prosecuted, and neither will healthcare professionals who assist in the termination of a pregnancy.

"At last, we've been liberated from legislation that polices our bodies, fertility and healthcare," wrote Grainne Teggart, Amnesty International's Northern Ireland campaign manager. "We're free from the threat of prosecution. We're free from a climate of stigma and fear."

Love Equality NI posted on Twitter, "We're so proud to be surrounded by some of the people, couples and campaigners who have brought us to this point. Thank you to everyone who has told their stories to help us reach this milestone."

Marriage equality will be fully legal in Northern Ireland as of January 2020, and same-sex couples will be able to walk down the aisle beginning on Feb. 14, 2020. While marriage equality was legalized without much of a hitch, the decriminalization of abortion rights was met with pushback from Northern Ireland's Democratic Unionist Party (DUP). Although their efforts to block the legislation were unsuccessful, DUP leader Arlene Foster said that "this is not the end of the matter as far as this party is concerned." She added, "We will take every possible legal option open to us."