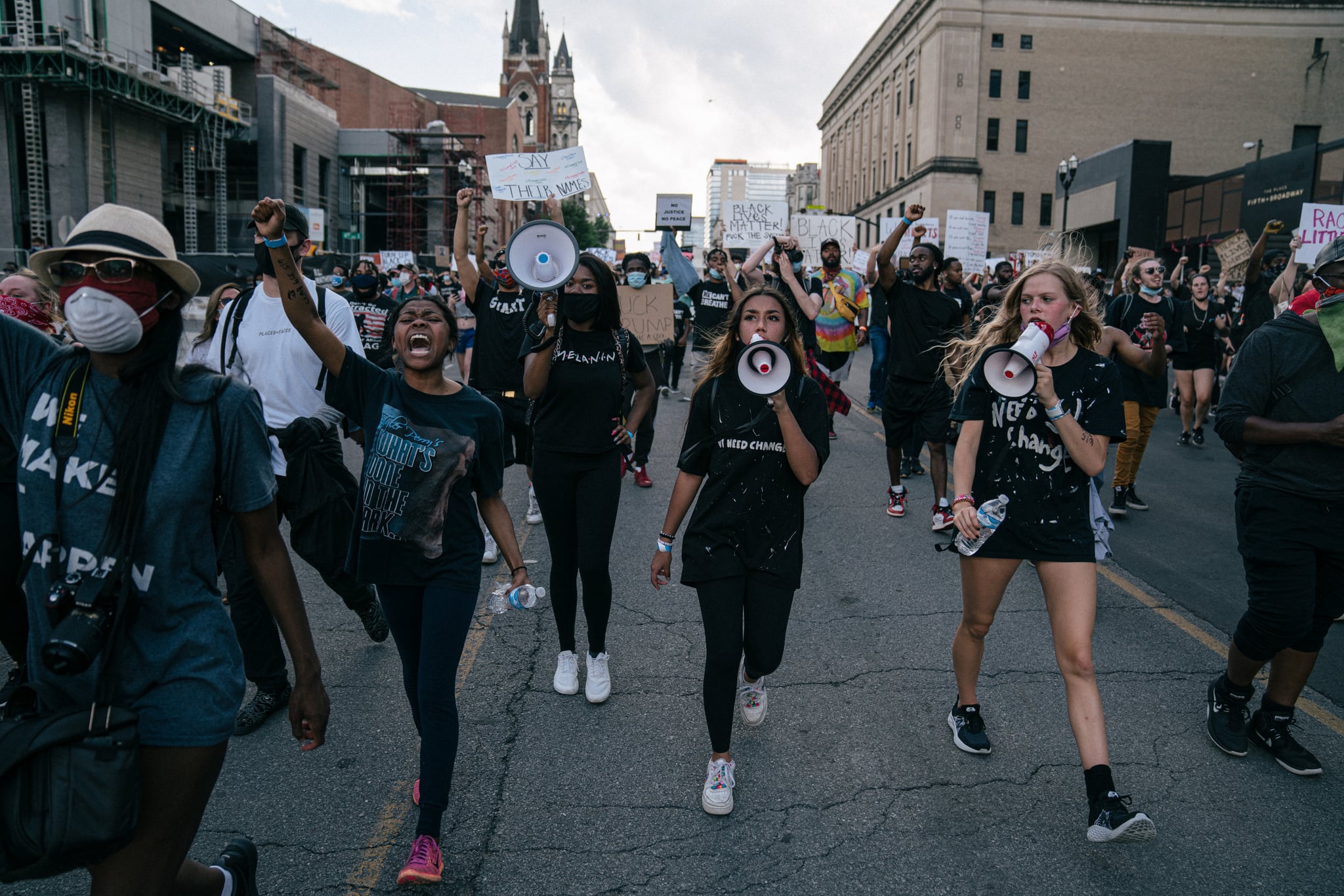 "If my mom says yes, I'm leading a Nashville protest." Zee Thomas pressed send on her tweet on Wednesday, May 27, and by that weekend, she and five new collaborators (all between the ages of 14 and 16 years old) had organized a peaceful march against police brutality in Nashville. More than 10,000 people showed up.

Jade Fuller, Mikayla Smith, Emma Rose Smith, Kennedy Green, and Nya Collins reached out to Thomas after seeing her tweet and offered their support to make the protest a reality. Together, they created Teens4Equality.


"We are still fighting for the same things our ancestors had to fight for. We are fighting now so our children don't have to."

"We decided because we were the face of the future we needed to fight to change the system because we are fed up," Smith told POPSUGAR. "We are still fighting for the same things our ancestors had to fight for. We are fighting now so our children don't have to. We don't want them to have to fight for the same things we are fighting for, which is equality and the end of racism completely."

The teens channeled their passion into action, and with the support and guidance of Nashville's local Black Lives Matter chapter, their march took off. They expected 800 to 1,000 attendees, and were amazed to see a crowd more than 10 times that number while protesting on Thursday, June 4. Photographer Alex Kent captured the event on camera. As the protesters knelt in silence to honor the life of George Floyd, it began to rain. Not even inclement weather could stop the movement from progressing.

Smith described the evening as "memorable, inspiring, and peaceful." There was a spirit of unity and acceptance among participants. "We all felt like a community," she said. "I think it made everyone feel hope for the future, that America and the world as a whole will be different. The world of racism, ignorance, and police brutality is ending, and a new world is blossoming, except this one is completely different, and it's filled with equality, peace, and love."

This is just the beginning for Teens4Equality. They are hosting another demonstration on July 4 at Bicentennial Capitol Mall Park, providing an opportunity for attendees to register to vote.

They have a message for their fellow teens. "We are not our parents," Green said, addressing young Americans. She encouraged Gen Z to share their big ideas and have hope that help will come. "You are your own person and you can make your own views and form your own opinions. We can make changes even though we are young, and it doesn't matter how big or small your platform is; you can make a difference."

As for adults? "I want the adults to know that just because we are kids doesn't mean that we can't bring change," Green said. "You guys forced us to grow up because of this atrocity that we have inherited, such as taking on the task of ending racism and police brutality and reforming the system and government. We aren't going to put that on our children also."