Highlight of my day! https://t.co/DpMZEHxPSQ

Before the pandemic sheltered us all in place, you probably remember the hundreds of thousands of youth across the country who demonstrated in the streets this past year to demand action on climate change. They organized climate strikes, lobbied Congressional leaders, and protested outside capitol buildings every week.

Of course, today's youth activists started speaking up way before — and then amid — COVID-19. Before the 2016 presidential election, the second Million Student March spanned across campuses throughout the United States in protest against high tuition fees and student debt. Then, in 2018, Parkland students filled the streets for gun safety in the March For Our Lives. That year, Greta Thunberg started the Fridays For Future movement in Sweden around the same time that climate activists Jamie Margolin and Zanagee Artis founded Zero Hour (with youth activists Nadia Nazar and Madelaine Tew) in the United States, culminating in hundreds of thousands of people taking to the streets in the Global Climate Strike. And in 2020, youth flooded into the streets to show support for Black Lives Matter, and to press leaders to pass climate legislation that embraces racial, economic, and environmental justice.

A few of these activists — 18-year-old Margolin, 20-year-old Artis, and 18-year-old Jonah Gottlieb — kept bumping into each other at rallies, panels, and summits. And every time they connected, one thing was obvious: youth have the ability to transform this country, especially when they're at the frontlines.

That's why, with the 2020 election on the horizon, they decided to join forces to travel around the country and register voters.

"We had this vision of a massive bus tour to mobilize people on the ground to get voters registered," Gottlieb, from Petaluma, CA, told POPSUGAR. He cofounded the National Children's Campaign, an organization to "ensure that the 74 million Americans under the age of 18 will have a say in the outcome of the crucial 2020 election by amplifying the voices of America's children and youth."

It all started the summer of 2019, when Gottlieb met Margolin and Artis in Miami, FL, at This is Zero Hour: The Youth Climate Summit.

"It seemed like a perfect fit to partner with them," Gottlieb said. "They already had chapters all around the country, so we started working around the election."

Margolin and Artis had helped found Zero Hour in 2017 because they were frustrated by the inaction of elected leaders who ignored youth, especially in conversations around climate change and the profound impact that it would have on young people.

"For decades, older folks have voted in vastly larger numbers than youth, Jamie wrote in her recently published book Youth to Power: Your Voice and How to Use It. 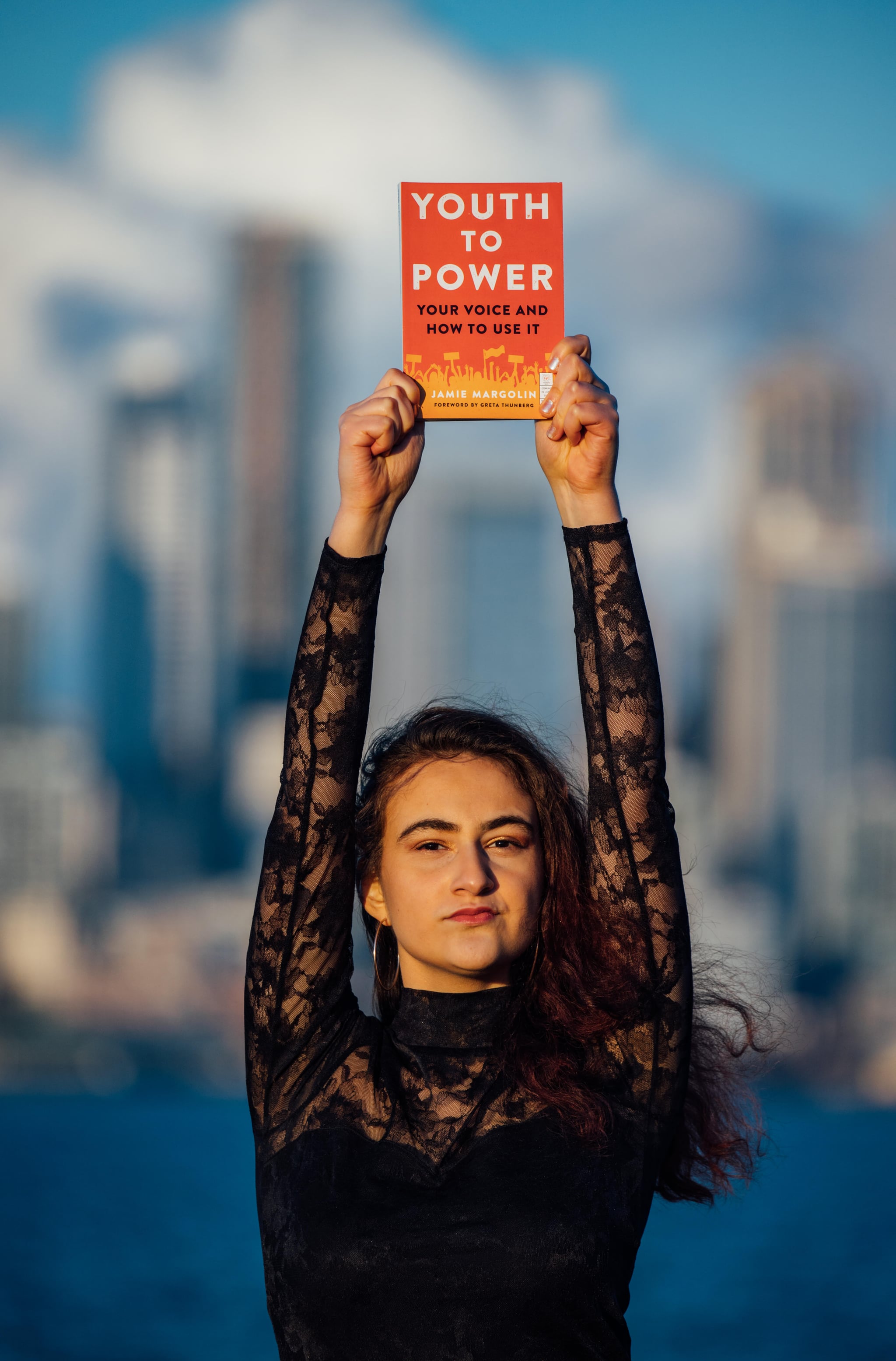 "Which is something we must change by the way! Hey, youth eligible to vote — VOTE!".

"Yes, statistically old people vote more compared than youth," Jamie said on the phone recently from her home in Seattle, WA, as she packed up for film school, which she's starting at the end of August. "It's important that we catch up!" The mission around the #Vote4OurFuture campaign was clear: to make sure that adults vote in the interest of young people and prioritize children's issues.

"If every single adult voted on behalf of young people in their lives, it would be an electoral landslide!" Gottlieb said. That's why he worked tirelessly his senior year of high school to organize the tour of in-person voter outreach. "I was the campaign manager for the physical bus tour. You should see my spreadsheets!"

Across the country, Artis — who's now a junior at Brown University, studying political science and environmental studies — co-strategized on the #Vote4OurFuture campaign with this goal: "to engage young people, first time voters, and historically marginalized and disenfranchised voters in places especially impacted by environmental injustice." 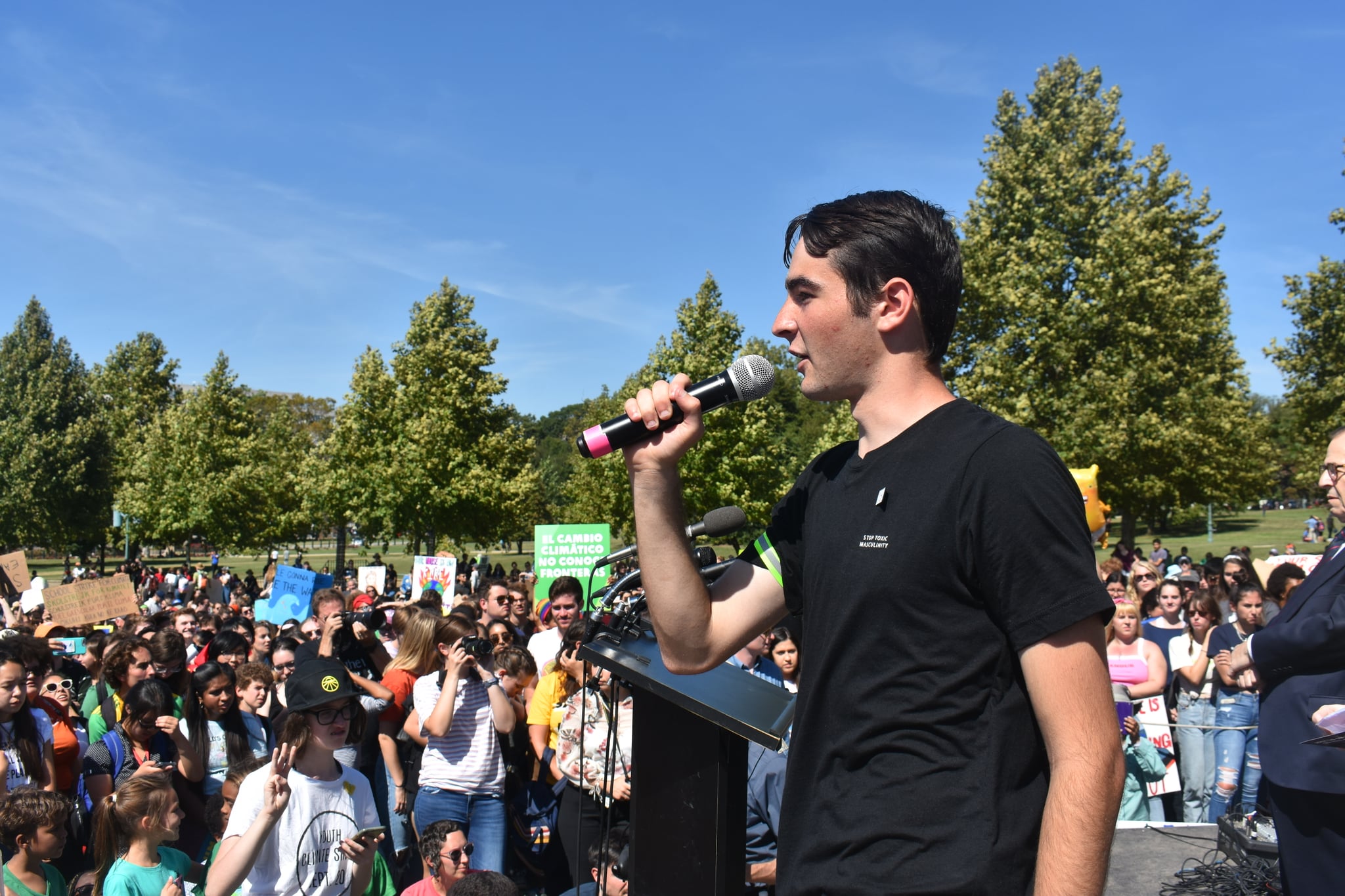 Time to Pull the Plug and Pivot Online

The team had planned a bus tour in March 2020 through New York City, Philadelphia, Pittsburgh, Detroit, Flint, and Milwaukee. But the COVID-19 pandemic changed everything. By January, Gottlieb had started tracking the cases in the US.

"Ultimately, it was on me to pull the plug because this would've been the worst possible scenario," he said. "We were going to take teenagers from all over the country, send them all to NYC via airplanes, and then out to most impacted places in country on a bus tour."

After many late nights, The #Vote4OurFuture campaign postponed their bus tour to pivot to an online campaign that launched on July 23 — one that would ensure everyone's health and safety.

As organizations around the country pivoted from in-person to online, Jonah took the lead to pull together an impressive schedule that has been ongoing all summer, including live streams on social media, virtual events packed with listeners, phone calls, and in-depth webinars to illustrate what The Green New Deal might look like in certain communities.

On Aug. 14, actress and activist Jane Fonda announced she was joining the #Vote4OurFuture campaign because "it is crucial that we all vote for environmental action and for a just and sustainable world."

"Please be sure to register and vote," Fonda said. "And don't just vote for president, vote up and down the ballot. And don't vote for anyone who takes money from fossil fuels or big pharma and the like. And make sure that all your friends are registered and voting." 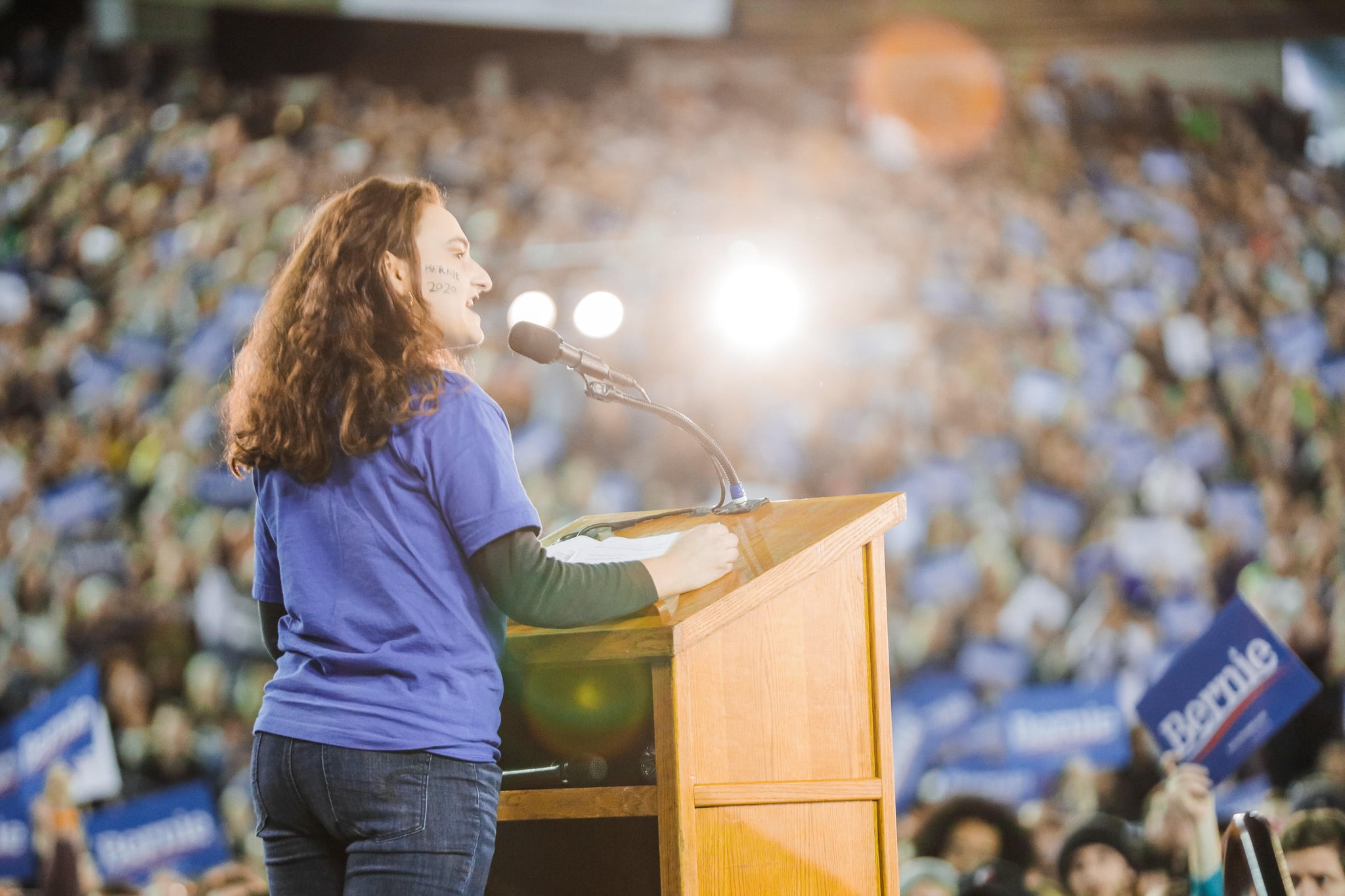 This summer, the team enlisted young people from across the country who can't vote yet "to commit to getting three people to vote on your behalf," Gottlieb said.

"We're trying to get young people to have conversations with the adults in their lives, such as their parents and grandparents, doctors, teachers, siblings, coaches — and all these people who care about them — to ask them to cast a ballot with their future in mind," said Gottlieb, who's headed to UC Berkeley this fall. He explained: "Yes, I'll be attending in my bedroom online for the first semester."

So, what can the rest of us do right now to encourage our friends and family to stay politically active and engaged?