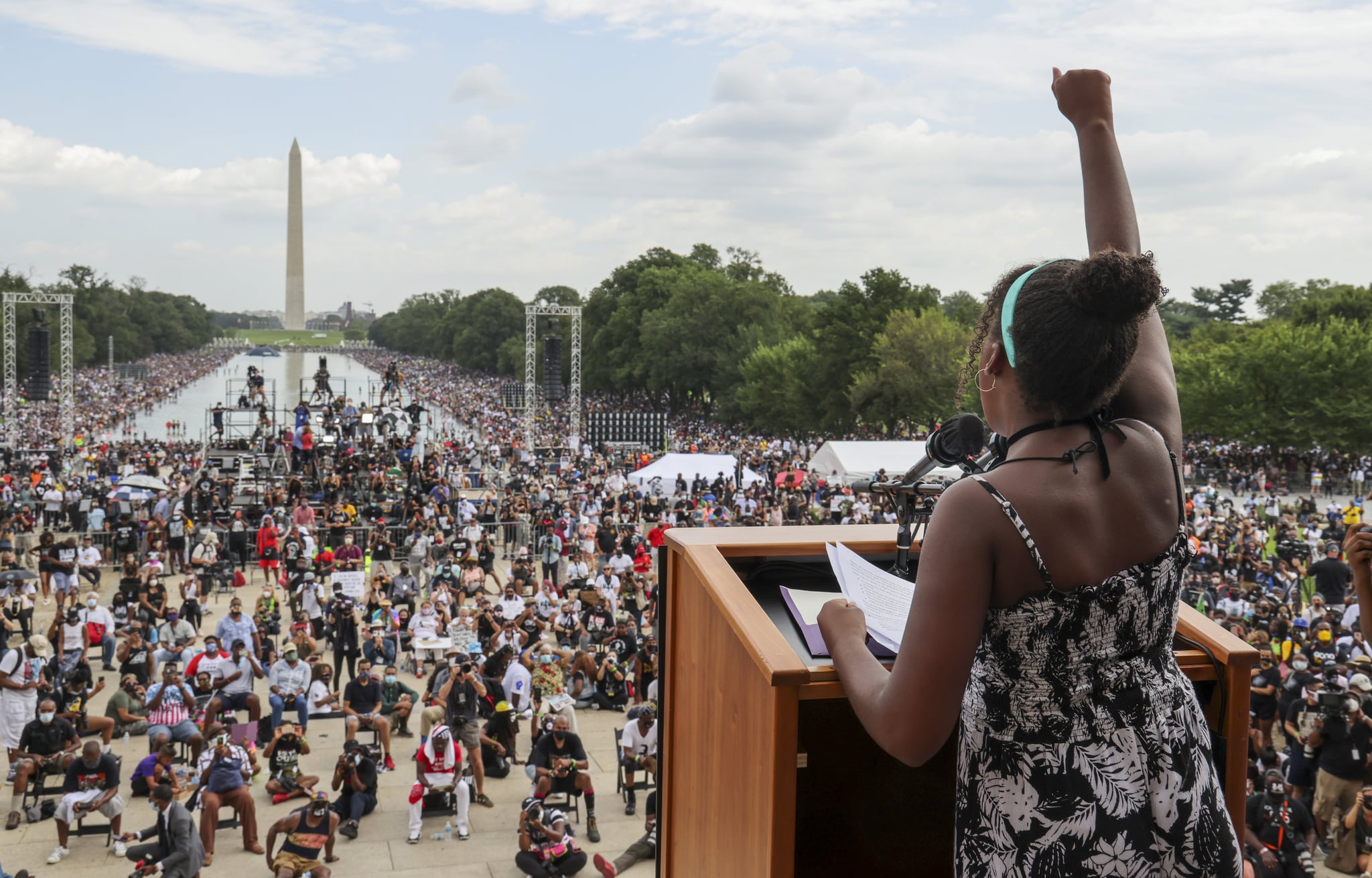 On Aug. 28, 12-year-old Yolanda Renee King gave a moving speech at the March on Washington on the steps of the Lincoln Memorial, the same spot where her grandfather Rev. Martin Luther King Jr. gave his historic "I Have a Dream" speech exactly 57 years earlier in 1963. "Great challenges produce great generations. We have mastered the selfie and TikTok . . . Now we must master ourselves," King said during her speech. Despite her young age, King has made it a personal priority over the years to put social justice and equality first, using her voice as the descendant of one of America's most influential leaders to encourage positive reform.

"Less than a year before he was assassinated, my grandfather predicted this very moment," she said. "He said that we were moving into a new phase of the struggle. The first phase was for civil rights, and the new phase is a struggle for genuine equality." King continued her speech by stressing the negative influences of climate change, racism, police brutality, and gun violence on society and the urgent need for change.

This year's March on Washington, which was led by Rev. Al Sharpton and Martin Luther King III, saw thousands of participants gather in front of the Lincoln Memorial. In addition to King, other speakers included the families of George Floyd, Breonna Taylor, Eric Garner, and Jacob Blake, who echoed King's pleas for social justice and racial equality. Watch King's powerful speech here.

“We stand and march for love, and we will fulfill my grandfather's dream,” Yolanda Renee King, granddaughter of Martin Luther King, Jr., says during the March on Washington. https://t.co/S58qRg2xjv pic.twitter.com/9HKWOrmKk8

Identity
¿Y Ahora? Where Is the Cast of "One Day at a Time" Today?
by Melissa Santoyo 3 days ago