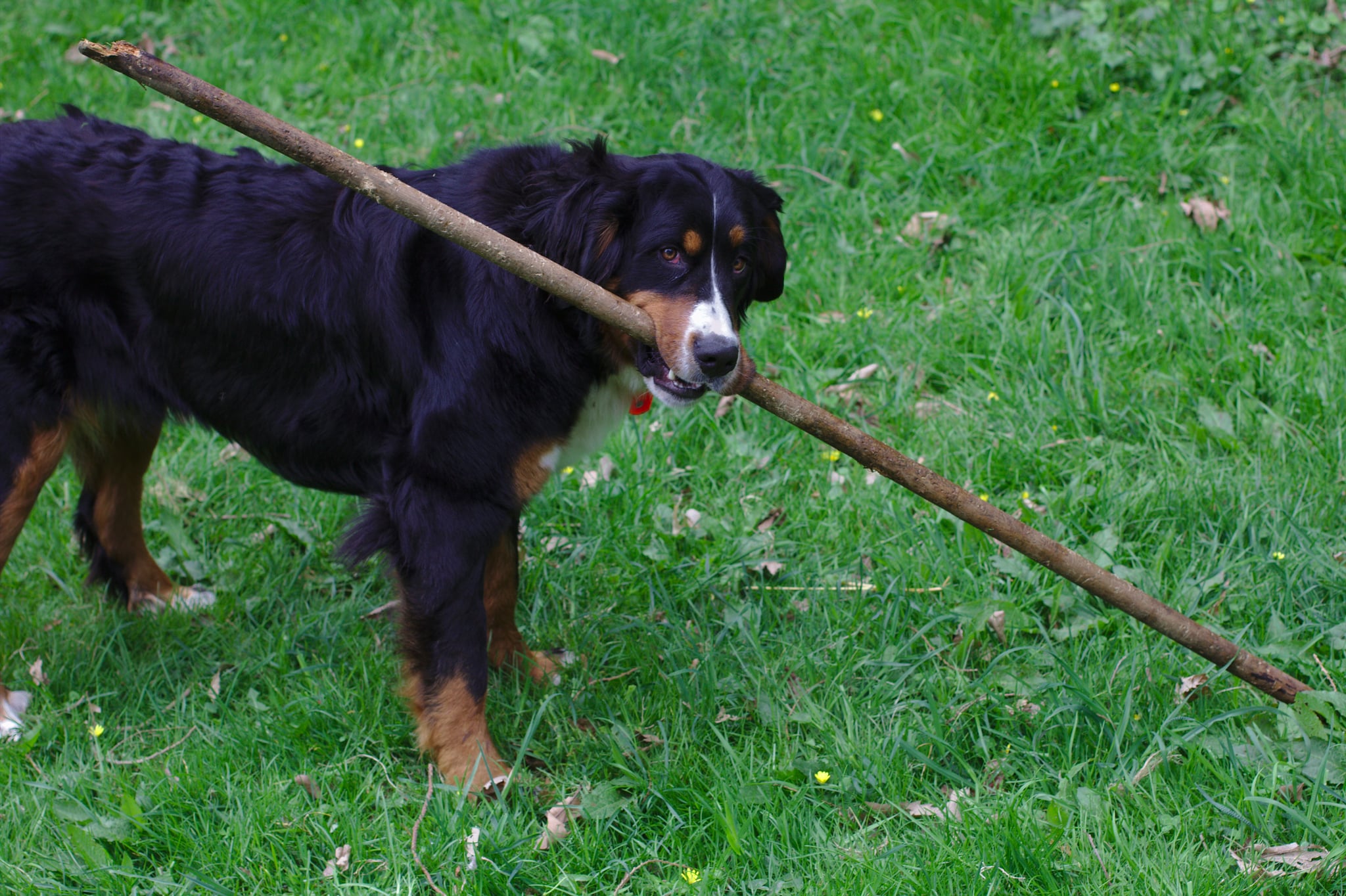 Now that the weather is becoming way more bearable for many of us, we're eager to get outside and really enjoy it. One way to do that is to take our pups out to play. If your dog likes to play fetch — as so many of them do — Dr. Rachel Barrack of Animal Acupuncture has one tip for you to keep in mind before you set out to play. "Use a dog-friendly toy or ball rather than a stick found on the ground," she told us. She said that sticks can be particularly harmful because there's a possibility they'll splinter in your pup's mouth or cause an obstruction in his digestive tract. There's even a chance that the stick can be covered in something toxic like mold. Instead, use a ball launcher, that way you won't even have to touch the slimy tennis ball he so obediently brings back to you over . . . and over . . . and over.