Dogs are some of the most amazing creatures and obviously man's best friend. But what happens when your dog becomes your matchmaker? Andrea Dunlop, author of Losing the Light, gives us her personal story on her SO and how her dog, Oliver, helped her to find the right guy. 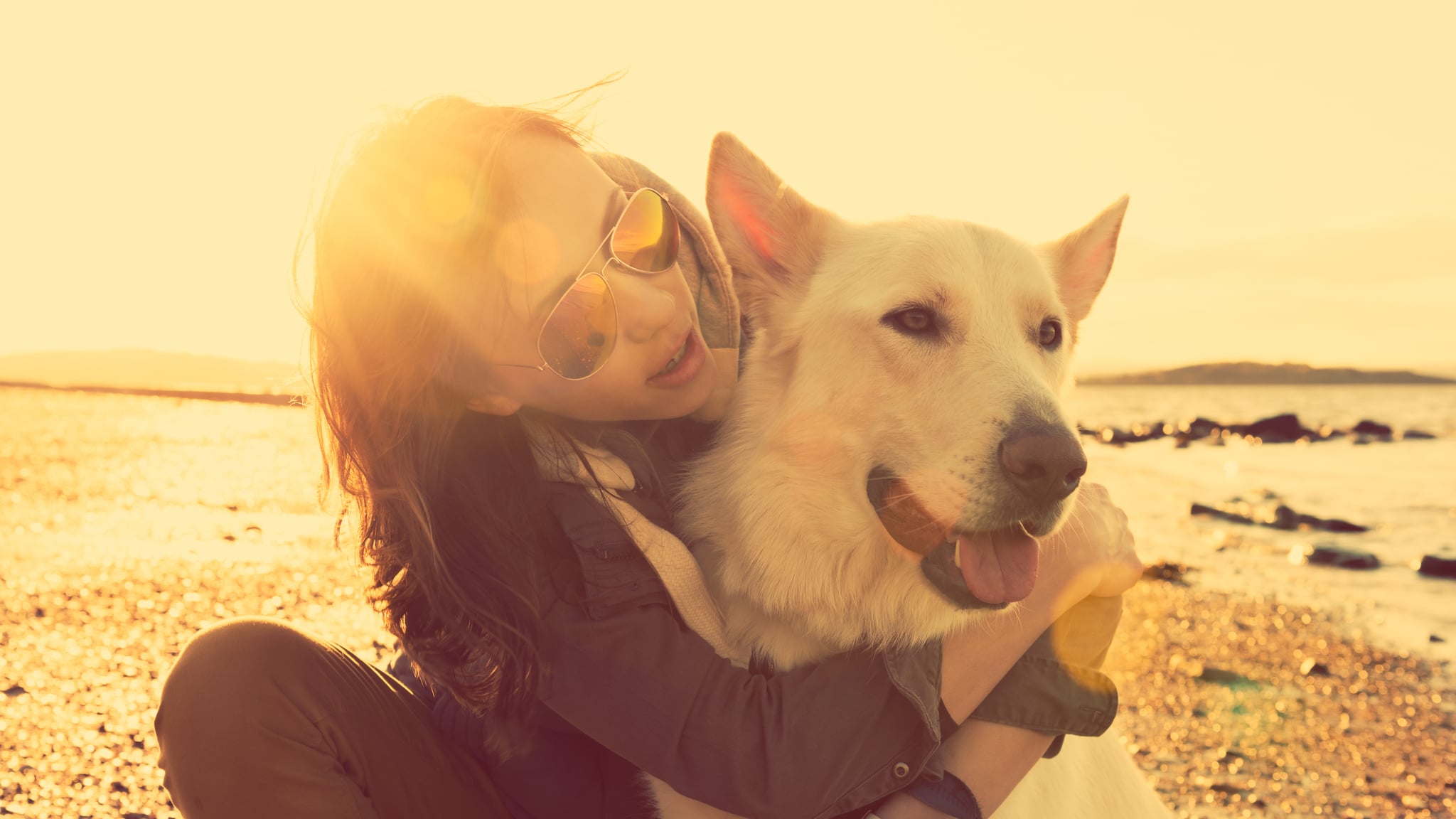 Finding a good man was not on my agenda when I first met Oliver. A never-ending family crisis had consumed the previous two years of my life and left me struggling to pull myself out of bed some days. I was doing my best to recover: therapy, exercise, healthy habits. But I was flailing. When I first saw his picture online, he was so handsome and seemed so sweet, I figured I should at least meet him even though he was older than I'd had in mind.

My mom came with me to the park to meet face-to-face, I didn't really trust myself to do something as major as adopting a dog without some moral support. His kennel name was Prince, a 4-year-old black and tan Miniature Pinscher who'd been rescued after his hoarder owner had her house foreclosed. For most of his life, he'd lived in a bath tub with seven other Min Pins. He was good with other dogs, but a little guarded around people. He had some trust issues and a fear of abandonment. Well, who doesn't?

My mom made a joke after I'd officially adopted him "This is the last man with a dark past that you get to have in your life." The last guy I'd dated had confessed two months in that he had three children by a two different women, which might have been better news to hear on date one. He was only the latest in a series of underemployed, overly complicated, or otherwise inappropriate (23-year-old Naval officer anyone?) men I'd been dating. Not that I was so pulled together myself: after leaving my New York publishing job and making several failed attempts to get a novel published, my career was stalling. I needed something, anything, to fall into place.

Despite my new Min Pin's regal bearing, the name Prince didn't suit him, it was felt too fussy. I had planned to name him Max, but that didn't feel right either. As my mom and I took him on his inaugural walk, the name Oliver popped into my head, and it stuck. He was freaked out to leave his foster mom and shook all the way home. He seemed to warm up to me a bit until I took a shower later that day. I guess the change in scent was too much as he started barking at me all over again.

Things got off to a rocky start. I'd been told Oliver was potty-trained but either he wasn't or he was so nervous that it went out the window. He wouldn't go near a crate, so I had to lock him in the bathroom with a wee-wee pad every time I left the house. I'd walk him for miles and he wouldn't pee a drop. He'd save up all his business for the moment I left him. I've never cleaned my bathroom so thoroughly and so frequently. I called my mom three days in: "What if I can't take care of him?!" I wailed. Oliver looked at me nervously, pleadingly from the corner. He was attached to me now, he slept curled next to me in bed each night. "You can," my mom told me, "you have to. He's depending on you." It got worse before it got better; he ate everything in sight, including some medications, and he peed in the middle of my roommate's bed (which she laughed off like a champion). But with the support of a lovely trainer that the rescue organization put me in touch with, we eventually turned a corner. When Oliver finally took a poo during our walk, I almost cheered.

Despite our tumultuous beginning, I loved having Oliver. He made nights in more rewarding and snuggly, and I got into spontaneous conversations with fellow dog-lovers when I took him out for walks. Having a dog made the world a nicer place.

Oliver also majorly shook up my dating game. Having a dog to get home to made it easier to make better decisions on dates (Another round? Not for me, thanks, gotta take the dog out!). And seeing men interact with your dog (especially a small one) will tell you a surprising amount about them. Guys who didn't have an interest in bonding with Oliver clearly weren't all that interested in bonding with me. Once he got past an introductory barking phase, Oliver was usually OK with people (I mean he's not a Golden Retriever for God's sake, he has standards), but sometimes he just didn't warm up to someone.

One boyfriend put on a good show of liking Oliver, until he started to get between us. Min Pins are known for owner-guarding, and being a rescue, Oliver was especially clingy and protective. I was doing my best to train him, but it was a work in process when I was dating Jake*. It wasn't Jake he minded, it was Jake and me together that he wasn't so keen on. Attempts at being affectionate in his presence would result in barking, whining, and trying to physically insert himself between us. At this point, Oliver was still sleeping in the bed with me, and Jake insisted that we put him in his crate and "let him cry it out," and then got annoyed with me when I relented after a couple of hours of howling. I brought in a trainer to help, but Jake continued to be a pain about it, always wanting to spend the night at his place instead. Frankly, he was kind of whiny about the whole thing; not a good look. I'd finally grown up enough that I was looking for the real deal, and if someone can't handle a problematic dog, what's he going to be like with kids?

Not long after I ended it with Jake, I met Derek. He was not only smart, handsome, and sporty, but gainfully employed, mature, and kind. It was clear early on that he was a serious contender. Oliver, however, wasn't so easily swayed. He was just fine with Derek until he tried to do something brazen like put his arm around me. But unlike previous guys, Derek didn't tell me I had to get my damn dog under control, he said we had to get the damn dog under control. Derek put his time in with Oliver, and soon Oliver no longer barked at him when he came to the door. Then Oliver didn't bark when we kissed. Derek watched him for a weekend while I was traveling and sent me frequent photos of him and Oliver watching the game, eating steak, and having "boys' night." It turned out my big manly engineer boyfriend and my neurotic 16-pound Min Pin were becoming quite the team.

I'm not saying we don't still have some issues, the three of us. Oliver is still not great about giving us alone time, and he can be a mouthy little food-snatching SOB. Derek learned the hard way about Oliver's unsavory habit of eating any pair of underwear he can get his paws on. But somewhere along the line "my" dog became "our" dog, and the three of us became an inseparable pack.