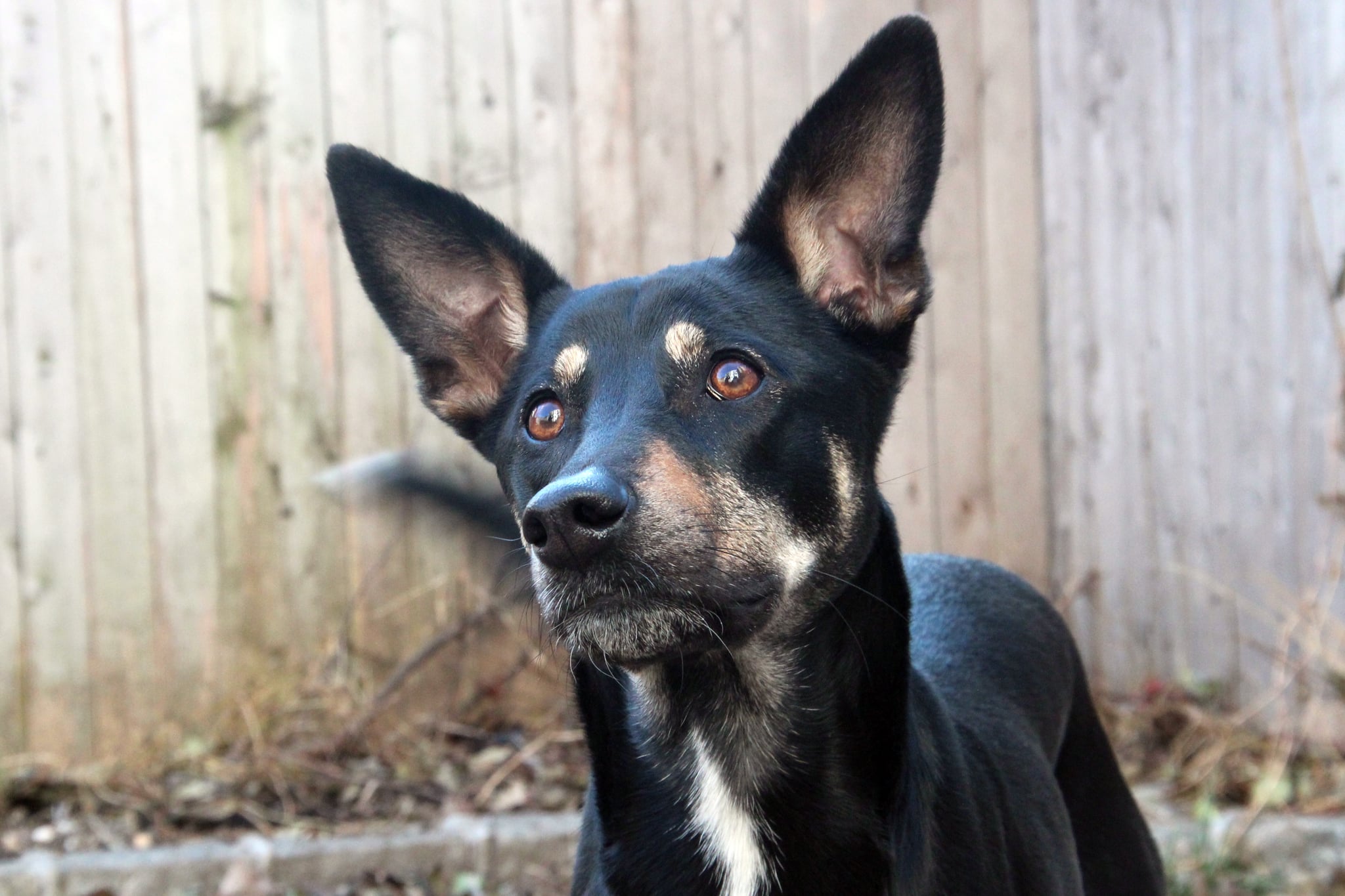 When I adopted a rescue dog from Egypt as a first-time dog owner, I had no idea how challenging it would be. But after two and a half years with Mabel, I can confidently say that helping my dog overcome her trauma has been has been one of the most rewarding experiences of my life. She has made me a more patient and empathetic person, and she rewards me every day with joy.

When I adopted Mabel (formerly known as Feddah or Feta), I knew virtually nothing about her except that she was approximately six months old and from Egypt. She had been rescued by Zani's Furry Friends, founded in 2001. Zani's has rescued more than 5,000 animals from shelters in New York City and all over the world — Puerto Rico, the Middle East, Europe, Russia, India, Thailand — many of them special needs. Here is a photo of Mabel as a new immigrant puppy: 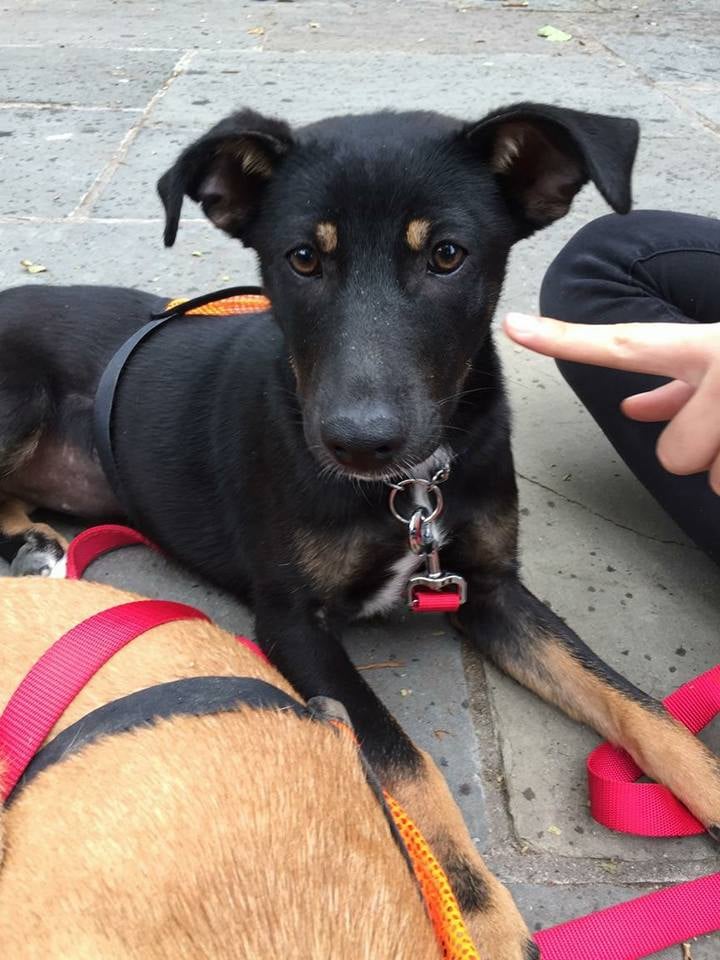 When my partner Josh and I reached out to express interest, Michael Ripinksy (who runs Zani's shelter) let us know that he would be in our neighborhood that weekend and offered to bring Mabel to our apartment so we could foster her. When she arrived, Mabel ran into our apartment and jumped on the couch to be petted. She then retreated into the corner, fearful and quiet, where she stayed for much of the time. Yet, I think Josh and I both knew within five minutes that this was our dog. We did not know what a journey it would be to nurse her back to emotional health.

Dealing With a Dog's Unknown Trauma

We soon realized that while Mabel was house-trained and leash-trained and very intelligent, she was also skittish and fearful. Just about everything scared her: skateboards, loud trucks, anything made of metal, tall men, plastic grocery bags, and water, to name just a few. She was also incredibly destructive in her early days with us, chewing our rug, our couch, our shoes, and our pillows into oblivion.

But very soon, she wasn't scared of us. With us, she was kind, affectionate, and, like most dogs, she just wanted to please. In the comfort and safety of our home, she was easy to train and full of love.

But outside our home — or, God forbid, when someone entered our home — she was fearful and defensive. She would bark and snarl like she was about to attack. Hiring a dog-walker proved impossible, because Mabel terrified even the hardened veterans. The first time we took her to the beach, she loved digging in the sand but treated the water like it was radioactive.

Adopting a rescue dog often means helping a pet overcome unknown trauma. We didn't know why Mabel was scared of everything. Obviously, dogs can't benefit from talk therapy. So we did the second best thing: we hired a trainer (Denise at Empire of the Dog) who specialized in dogs who have experienced trauma.

I am not a trained professional; this article isn't a definitive guide to helping a dog overcome trauma. If you are in a similar situation, I suggest seeking out a good trainer who can help teach you what to do. There are also endless online resources, like this article on acclimating a foreign rescue dog. Our general philosophy involved using treats and positive reinforcement to make our dog comfortable with things that scared her. While it feels counterintuitive to reward a dog who is barking at a stranger, with a traumatized dog, it's a matter of re-programming. Rather than a stranger equaling "threat," you teach the dog that a stranger equals treats.

For the next two and a half years, up until this day, our sole focus has been making Mabel feel safe. We have never stopped training her, with the intention of giving her the perfect mix of discipline and love. While Mabel wasn't typically "aggressive," we worried that she might be. Obviously, we did not want our dog to bite anyone. On the advice of our vet, we put Mabel on 20 milligrams of Prozac, which definitely helped her borderline aggression and her fearfulness. We recently reduced her dose and, someday, we hope to wean her off completely.

I knew that Mabel's journey to the US hadn't been easy. Rescued as a puppy, she spent time in an Egyptian shelter before being spayed, vaccinated, and put on a plane to the United States. Here is a video of that scared puppy arriving at JFK airport in 2017.

When I set out to write this story, I decided to dig in more into Mabel's backstory. Ripinsky put me in touch with Mabel's rescuer, Randa Tawfik, who runs the Pet Village shelter in Cairo.

Until I met Tawfik, I had no idea how difficult Mabel's journey had been. Egypt has many stray dogs and cats. "Too many," says Tawfik. Ripinksy and I dug up some photos of Mabel as young dog, along with a photo of her pet passport. Yes, Mabel needed a pet passport to get into the US! Sadly, it does not feature a puppy passport photo. 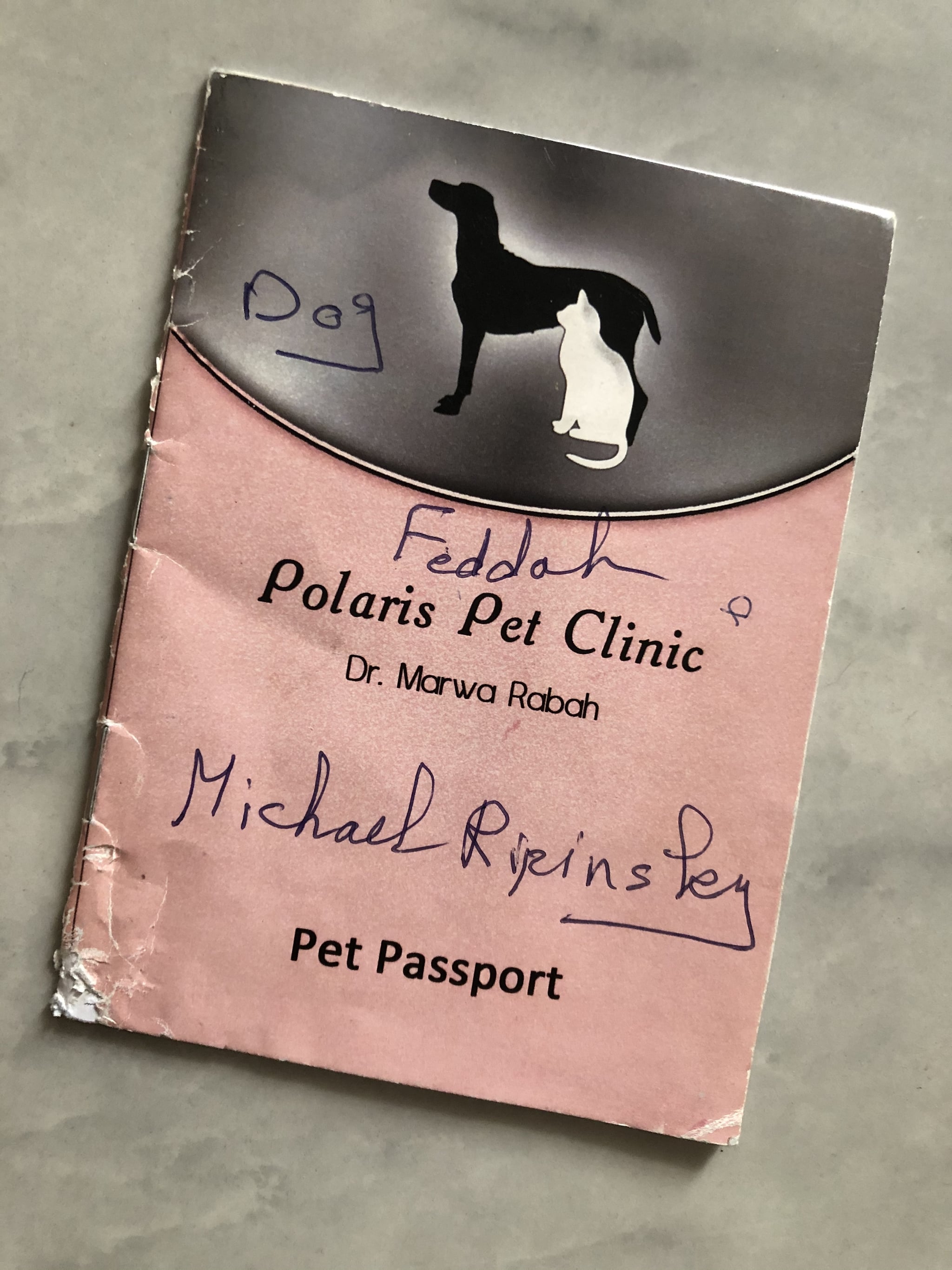 Tawfik and I corresponded on Facebook over the course of a few days, and the story of Mabel (FKA Feta) unfolded.

One day, after rescuing another small black puppy, Tawfik returned to her shelter in Cairo, near the pyramids. "Right outside the shelter, I saw a boy in the process of drowning this cute little puppy (Feta) with his stupid mom next to him," Tawfik wrote in a Facebook message. "When I asked her what's going on, she simply said the boy doesn't want to play anymore. She refused to tell me where they got that puppy or where her litter or mom was, so of course I took the puppy. I am really glad Mike helped me find you, Nancy, to take care of my little black puppy."

When I read that, I got a little teary-eyed. No wonder Mabel is terrified of water. To this day, she has never had a bath. Thank god for no-rinse dog shampoo. 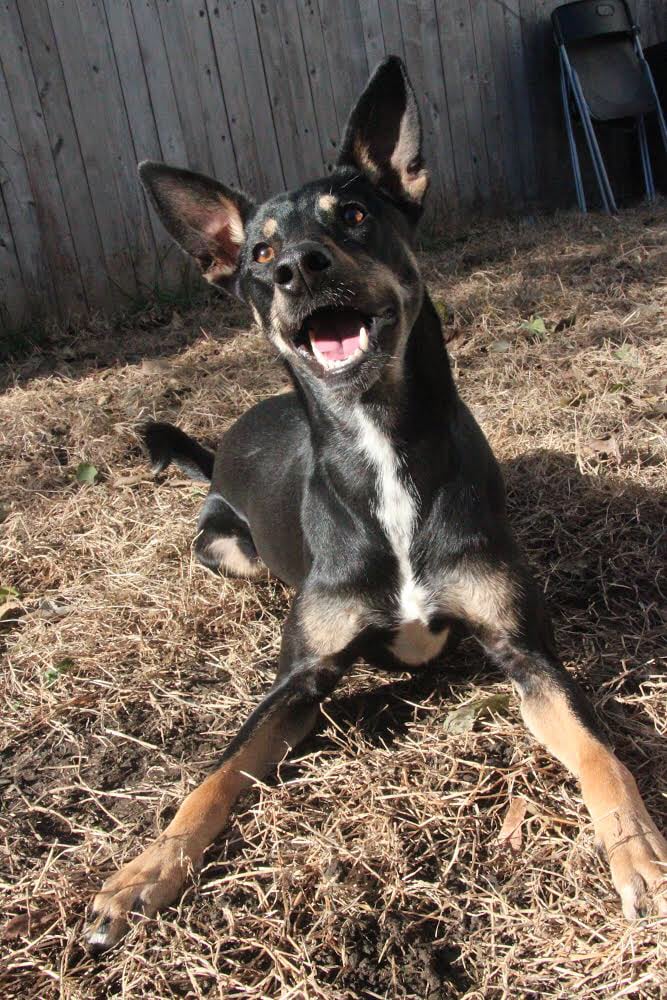 The Benefits of Adopting a Rescue Dog

My partner and I already loved Mabel more than we thought possible. But after hearing her origin story (and seeing a video of Mabel as a puppy, thanks to Tawfik), our relationship with her became even more meaningful and intense. The night after we learned that Mabel had almost been drowned, she curled up between us like she does every night, and, suddenly, loving her felt more meaningful. Her progress also feels more meaningful.

I am the type of person who feels a great sense of satisfaction after finishing things: editing a story, finishing a book, even completing a load of laundry. Mabel will probably never be "finished." However, I feel deeply satisfied every time she warms up to a new human; it takes a while, but once Mabel has warmed up to someone, she will love them forever. She's wonderful with other dogs — after all, much of her early life was spent with dogs — and I find a great deal of joy watching her teach other dogs how to play. She's also an excellent protector. No one is going to get into our apartment without permission if Mabel is around.

The greatest benefit of adopting a traumatized dog is that she repays us every day with loyalty and love. During those difficult days in our first year together, I often felt jealous of people with "easy dogs" — you know, the type of dog who loves every human they meet. But in the end, I'm glad I don't have an easy dog. I'd rather have a Bojack Horseman than a Mr. Peanutbutter. We had to earn Mabel's trust and her love, and that makes it so much deeper. If given the choice, I'd do it all again.