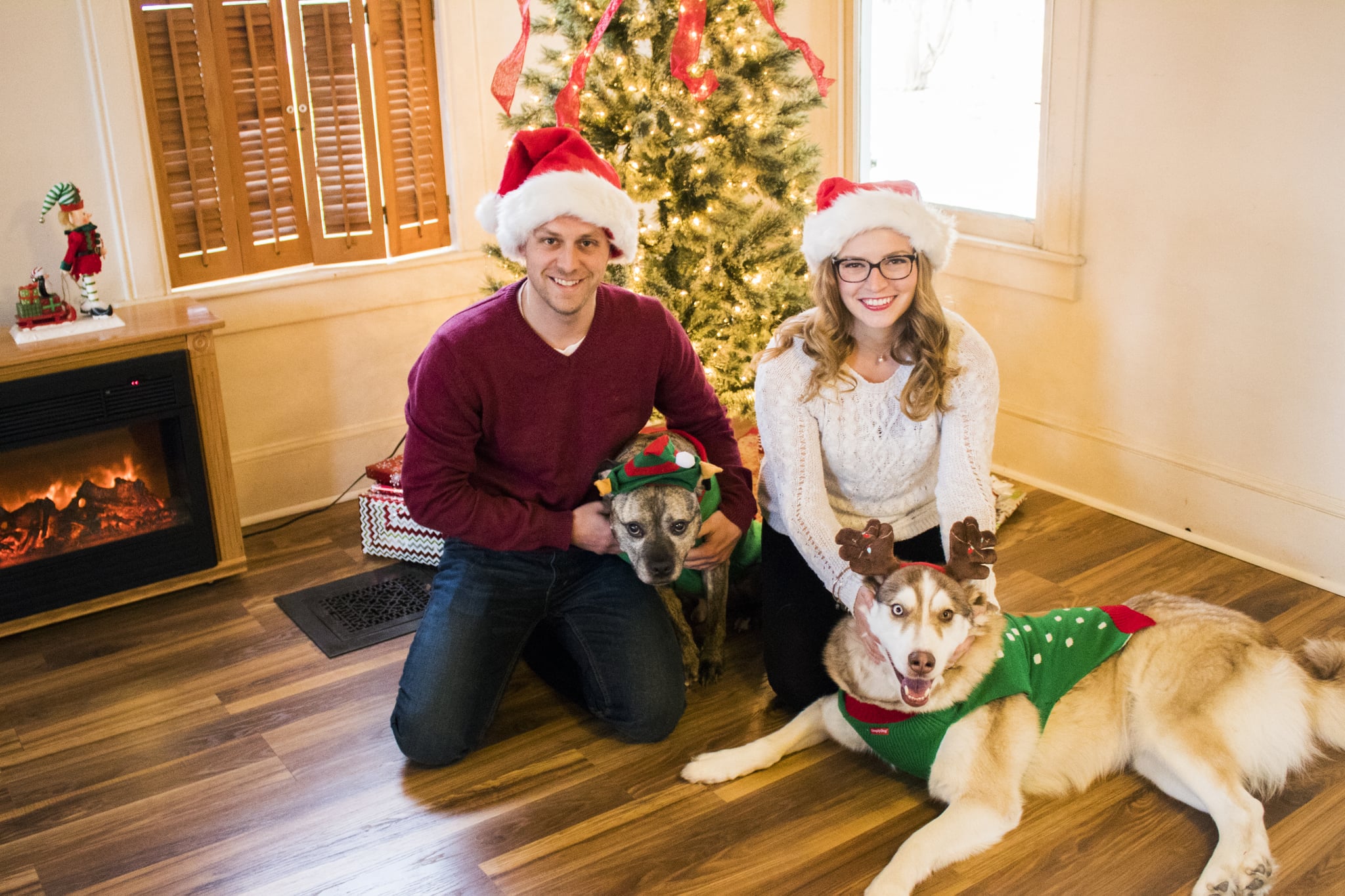 I come from a family of dog-lovers. We always had a dog growing up, and we knew we always would. Before my time, my grandfather bred beagles, and I remember him breeding Brittany spaniels when I was a child. The simple fact of the matter: I love dogs — always have, always will. But even I had some preconceived notions when it came to pit bulls. Since I'd never met a pit bull, I believed the societal narrative that they were aggressive, untrainable dogs. And then I met Skeeter.

During the summer of 2013, I met my future husband. I knew instantly he would in fact one day be my spouse (call it love at first sight, call it intuition, but I just knew) and was further sold on the idea of pursuing a relationship with him when he told me he owned three dogs. The first time I met the pack, I was instantly taken with his sweet old husky, Sassy; amused by his spunky plott hound, Sophie; and a little apprehensive of Skeeter, a brindle American Staffordshire terrier/American bulldog mix whose yawn revealed the biggest mouth I've ever seen on a dog. I wasn't necessarily afraid of him, but I was cautious, largely due to the bias I had picked up from society.

Through the years, though, I've seen the error in my beliefs. Skeeter was an amazing dog, and he showed me that every day. He was so incredibly attuned to human emotions and would run to anyone in the vicinity who was crying or upset, doing his best to comfort them by literally pressing his body into them in a hugging fashion. He could also tell children from adults and always took his energy level way down whenever a child was around. Aside from his high emotional intelligence, he also possessed a notable sense of logic and used it to his advantage. Was it naughty that he used to wait for us to leave the room before popping open the fridge and helping himself to our leftovers? Yes. Was it also pretty darn impressive? I'd say so. When I think of Skeeter, I remember him for what he was: sweet, intelligent, and loyal. 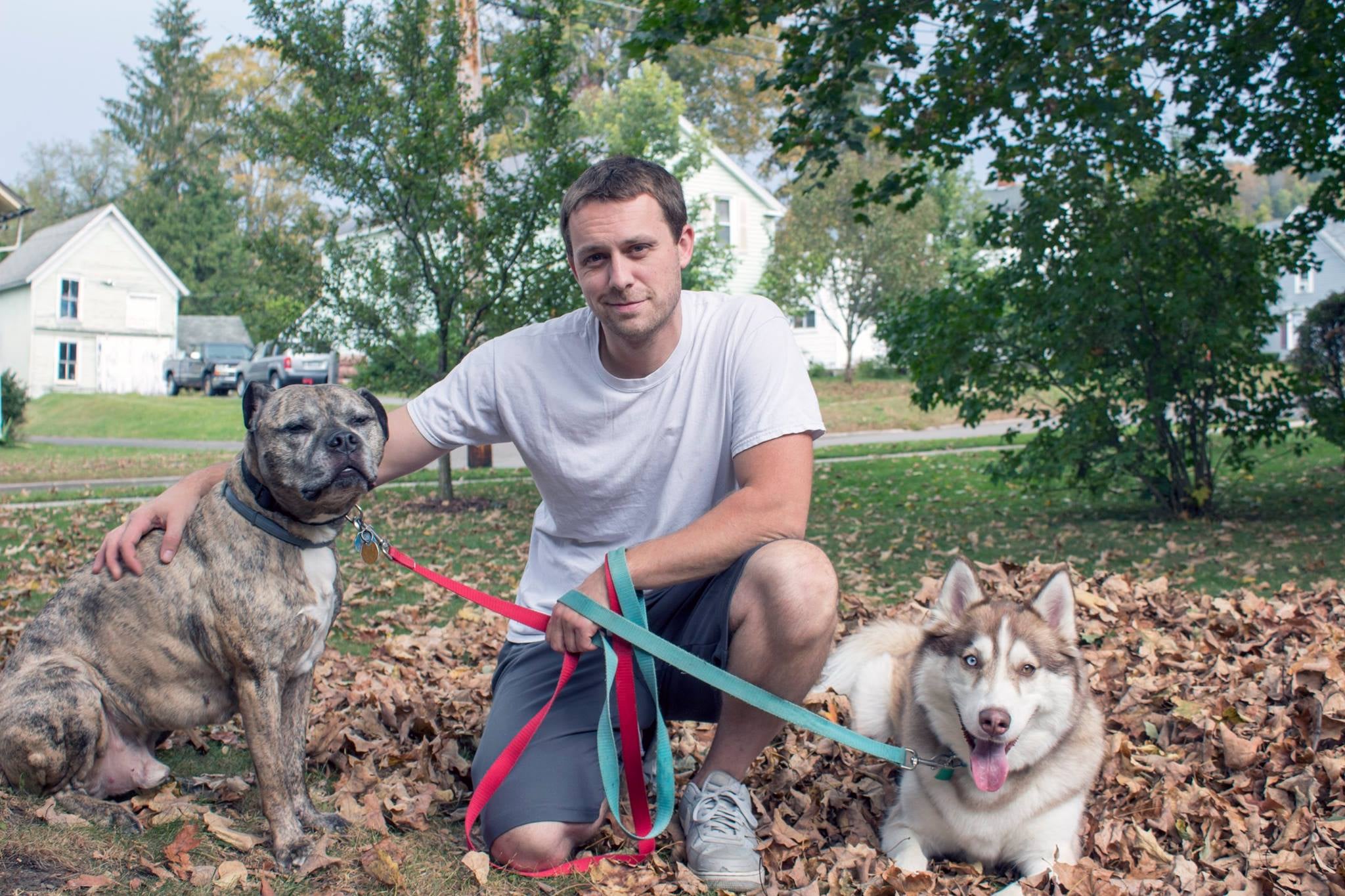 As you can probably tell from my use of the past tense, Skeeter has since passed. He lived a full 13.5 years before saying goodbye almost two years ago to me, my husband, and his husky brother, Auggie. But while he may be gone, the impression he left on me and those he met was sizable. We were so devastated when Skeeter passed, we waited almost an entire year before getting a new puppy. And when we did — we knew we had to get a pit.

Albie, our new little mutt, has a personality of his own. But in so many ways, he reminds us of Skeeter, exhibiting the best qualities that the breed has to offer. He is attuned to human emotion, loves to snuggle, and is ultimately a great companion. Pit bulls get a bad rap because they are high-energy dogs with exceptional intelligence (how many other dogs do you know that know how to open the fridge?) — traits that often get them into trouble. But I've come to believe that with proper training and exercise, they are truly the best companions and family dogs. My husband and I are expecting our first child this fall, and we can't wait to watch our son and Albie grow up together. We just know they are going to be the best of friends.

Related:
Thinking About Fostering a Dog Right Now? Here's What You Should Know 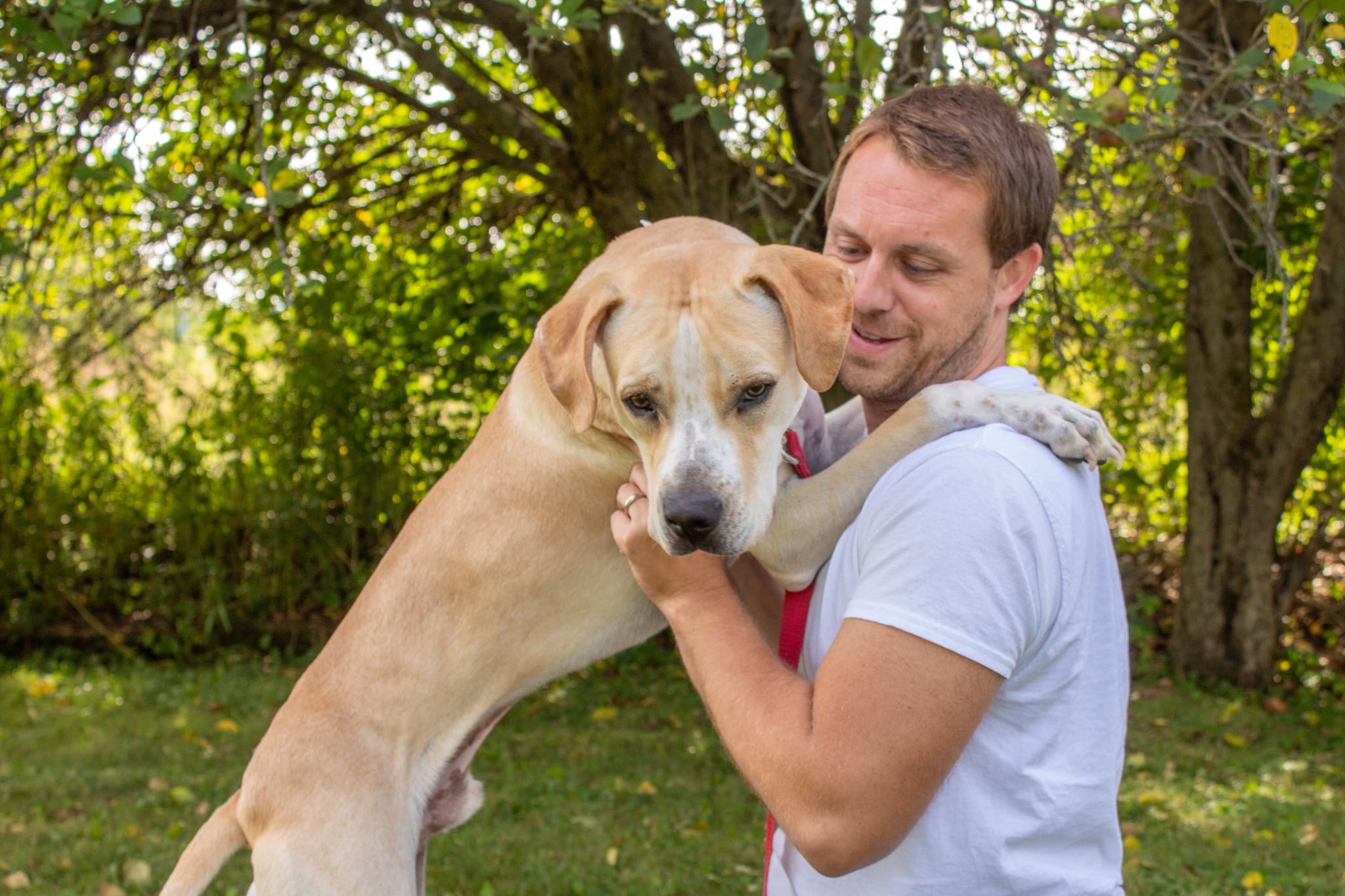 We speak of Skeeter often in our household. Aside from being a loyal companion, he was a testament to his breed. Time after time, I watched him win over countless family members and friends. People who, prior to meeting him, thought pits were scary or naturally aggressive. Even my mother-in-law, who was once apprehensive about her son getting a pit bull, loved Skeeter so much, she now has a pitty mix of her own.

Society tells us pit bulls are untrustworthy and brutish, but it's hard to watch a dog intentionally snuggle up under a blanket and smile up at you in a surprisingly human fashion and still maintain this point of view. Don't get me wrong — my husband and I love all dogs, and all breeds have a place in our home. But we know that in our two-to-three-dogs-at-a-time situation, there will always be a pit bull among the pack. 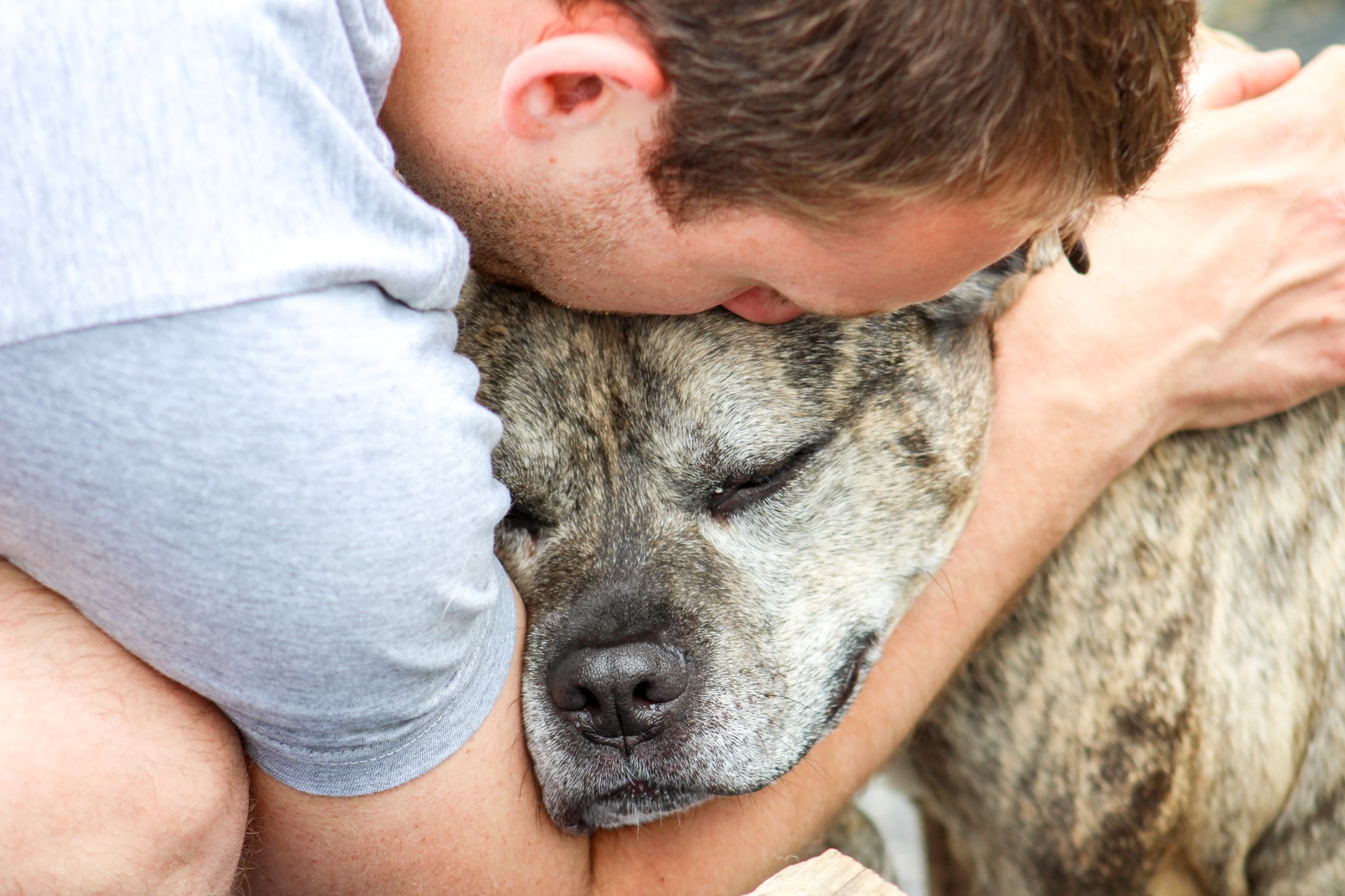