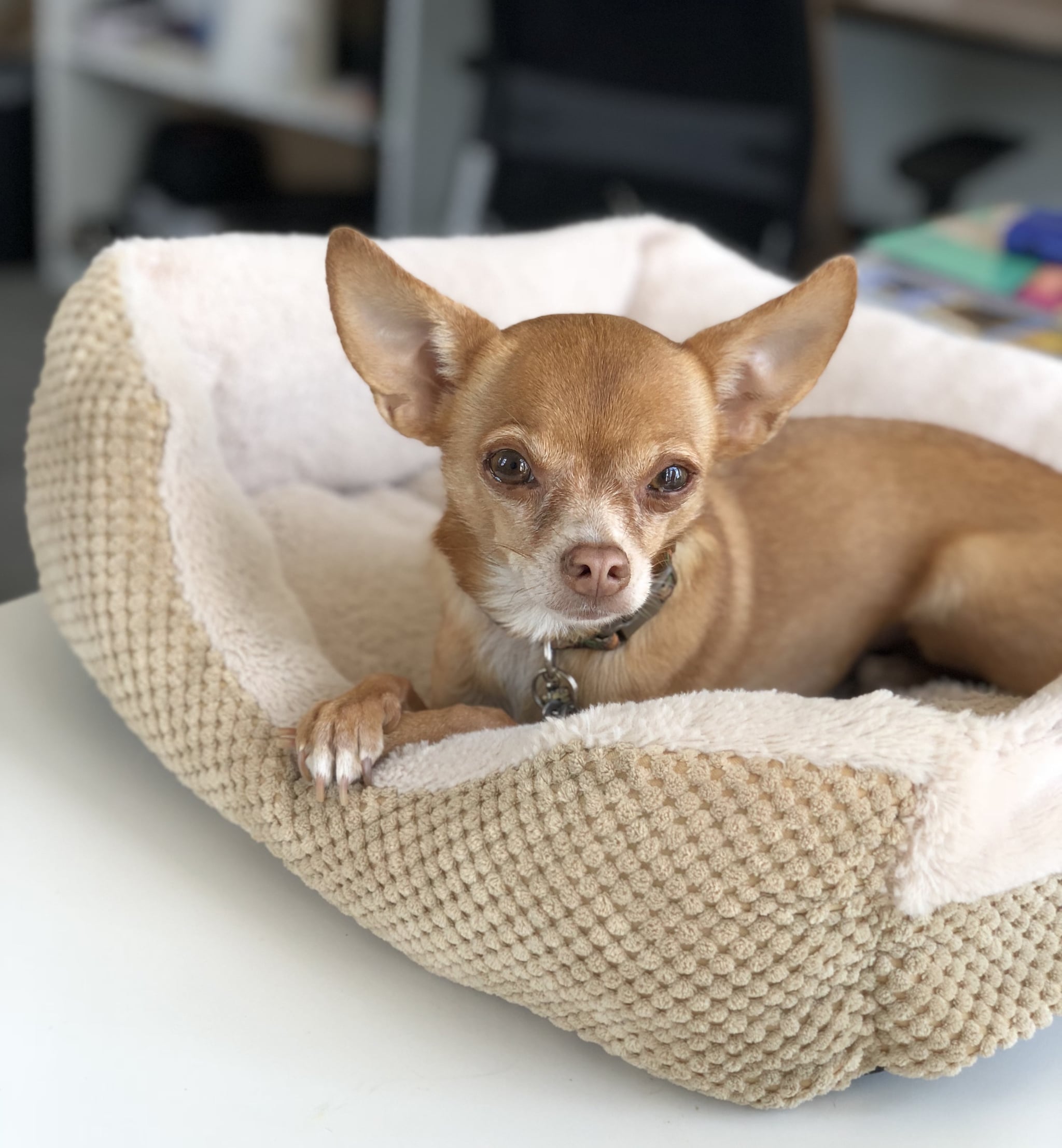 Seven years ago, a frail, abandoned dog quite literally showed up at my doorstep. Malnourished, covered in ticks, and without a collar, this fearful little chihuahua collapsed on my family's porch to escape the rain in the rural suburban neighborhood. After knocking on every neighbor's door and calling each shelter to find her rightful owner, a visit to the vet proved there wasn't even a microchip to point me in the direction of her origins. According to the vet, she showed many of the telltale signs of neglect, so it was clear to me that she needed a new, loving home.

Throughout our seven-year companionship, Bambi has evolved into a happy, healthy dog, learning how to walk on a leash, working through her fear of men, and mastering house training. Yet, the one thing Bambi hasn't quite grasped is how to play with toys, and I'm determined to teach her. I've bought her stuffed toys, squeaky toys, toys that hold treats, and toys for chewing, yet her palpable lack of interest in them borders on repulsion. If she's not visibly afraid, she'll look at them quizzically, unsure of what to do with this foreign object lying at her feet. For years, I've theorized that Bambi may have been so focused on survival in her previous life, she never had the opportunity to just have fun and therefore never learned how. I spoke with Anthony Newman, a canine behavior expert and owner of Calm Energy Dog Training in New York City, to find out why some dogs may lack interest in toys and what steps dog owners can take to help their pups enjoy playing with toys.

Related:
Worried About Your Anxious Dog? We Asked an Expert How to Help Him Feel Better 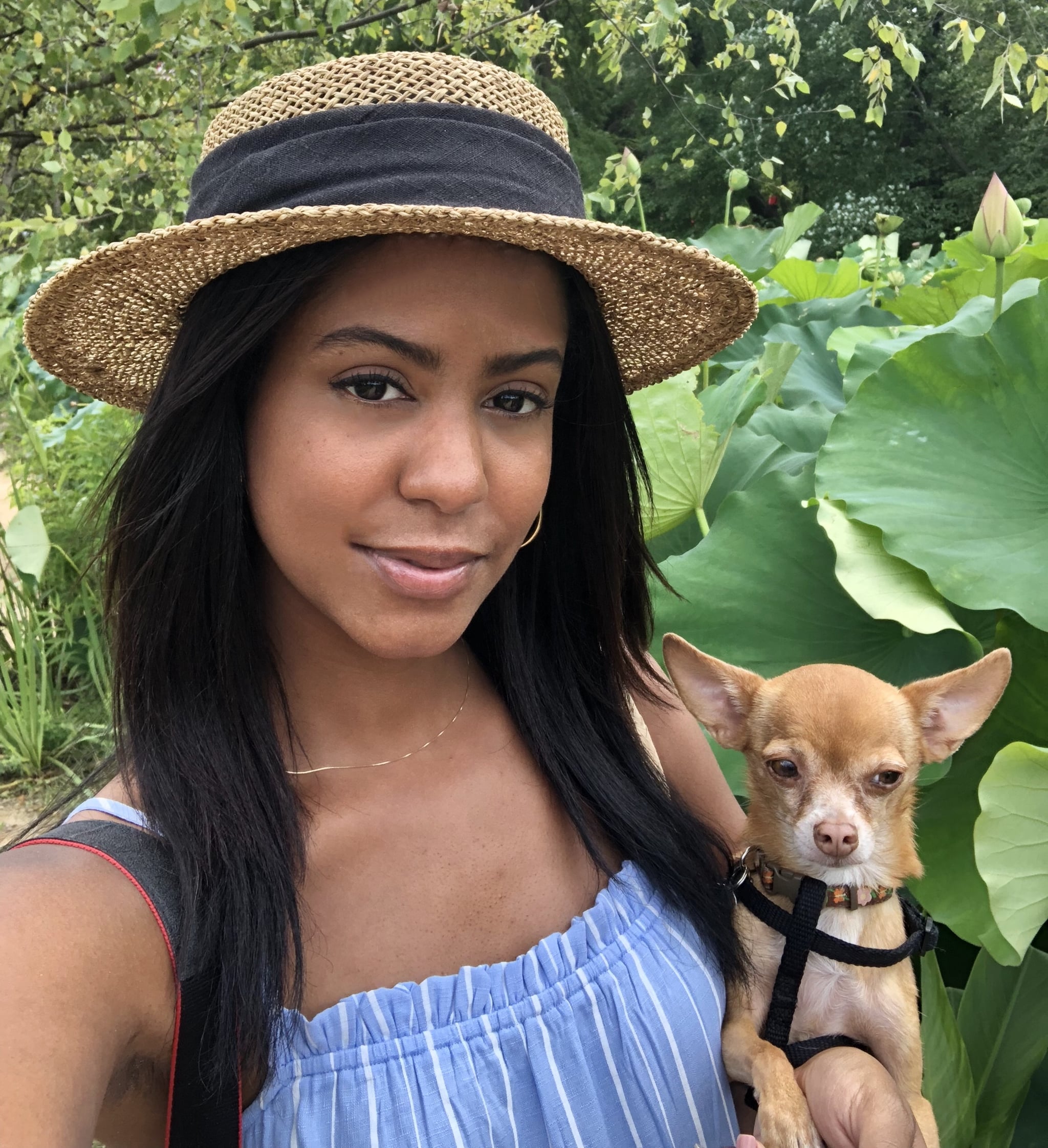 According to Newman, there can be a number of factors that attribute to your dog's lack of interest in toys, but it mostly boils down to a need for interaction and socialization. "Toys are interactive. For a dog to enjoy playing with a toy, they have to be playing with someone" (i.e. a human or another dog). He feels that many dog owners assume a dog will naturally learn to interact with a toy on their own, but that couldn't be further from the truth. "There is a huge misconception that you can give your dog a toy and leave her alone in her crate while you go out, thus solving separation anxiety." Newman said this typically won't happen, because "toys require interactive play."

Lack of socialization with other dogs can be a major reason your dog doesn't play with toys. Newman compared it to childhood learning. "Dogs need other dogs, the way kids need other kids. We can try to entertain our kids and give them guidance, teaching, structure, comfort, and confidence in ways other kids can't — but we can't be goofy, silly, playful, and connect on the same level with them that other kids can." Essentially, humans can only do so much to teach their pups to learn how to play. Most of their learning comes naturally from physically interacting with other dogs.

What Do I Do If My Dog Is Shy or Fearful of Other Dogs?

I tried for several years to socialize Bambi. I started by taking her to dog parks and scheduling playdates with other small-dog owners, yet even after multiple playdates, she often never warmed up to her playmate and would rarely leave my side. After a scary incident at a dog park where she was knocked over and roughed up by a few larger dogs, we now avoid them altogether. Newman stressed that often, it's the dog owner's fears, more than the dog's, that keep their pup from adequate socialization. "Far more often than a dog being unsocial, I find that the owner is scared of the unknown — scared of what their dog might do or what other dogs might do to their dog. The fact is, most of the dogs at dog parks and social areas are the best, least aggressive, most social dogs out there, because their owners put in the time, energy, and money to keep their dogs exercised and socialized every day."

I'll admit, I've let my dog's fear of other dogs keep her from having the chance to warm up to canine social interactions, which could be the very reason she hasn't let her guard down to play with toys. Newman's tips for becoming more comfortable at the dog park are as simple as knowing the right time to go and being mindful of how you as the dog owner behave at the park. "Stick to early mornings or weekdays, and use a long 25-foot leash. If you walk to and through other dogs in the park, don't coddle her, and please don't pick her up. You'll show her that you aren't scared and that you are eager and enjoy mixing and mingling." He also suggested that if you have a small dog, stick to dog parks that cater to dogs their size, and don't give up; keep visiting regularly. "Most dogs can be social, though many need to be encouraged and shown how to be."

Related:
Yes, Your Dog Can Get Depressed — Here Are the Signs to Watch Out For

What Type of Toys Are Best For a Dog Who Is Learning How to Play?

Newman puts toys in two categories: interactive toys and long rewards. "Often when an owner is searching for a toy to entertain their dog, what they're looking for is more suited to a long reward than a toy," he said (i.e. Kongs that are stuffed with treats or peanut butter and chews like bully sticks, rawhide, pig ears, etc.). "They want their dog to be happy and self-entertained, but toys won't do this since toys require interaction like tugging, chasing, or fetch." For the best beginner toys, he suggests a rope tug toy or one that holds treats, like a Kong. He recommends owners lure their dog to the toy with treats, begin interactive playtime with them, then use more treats as a reward after a successful interaction with the toy, even if it's brief. 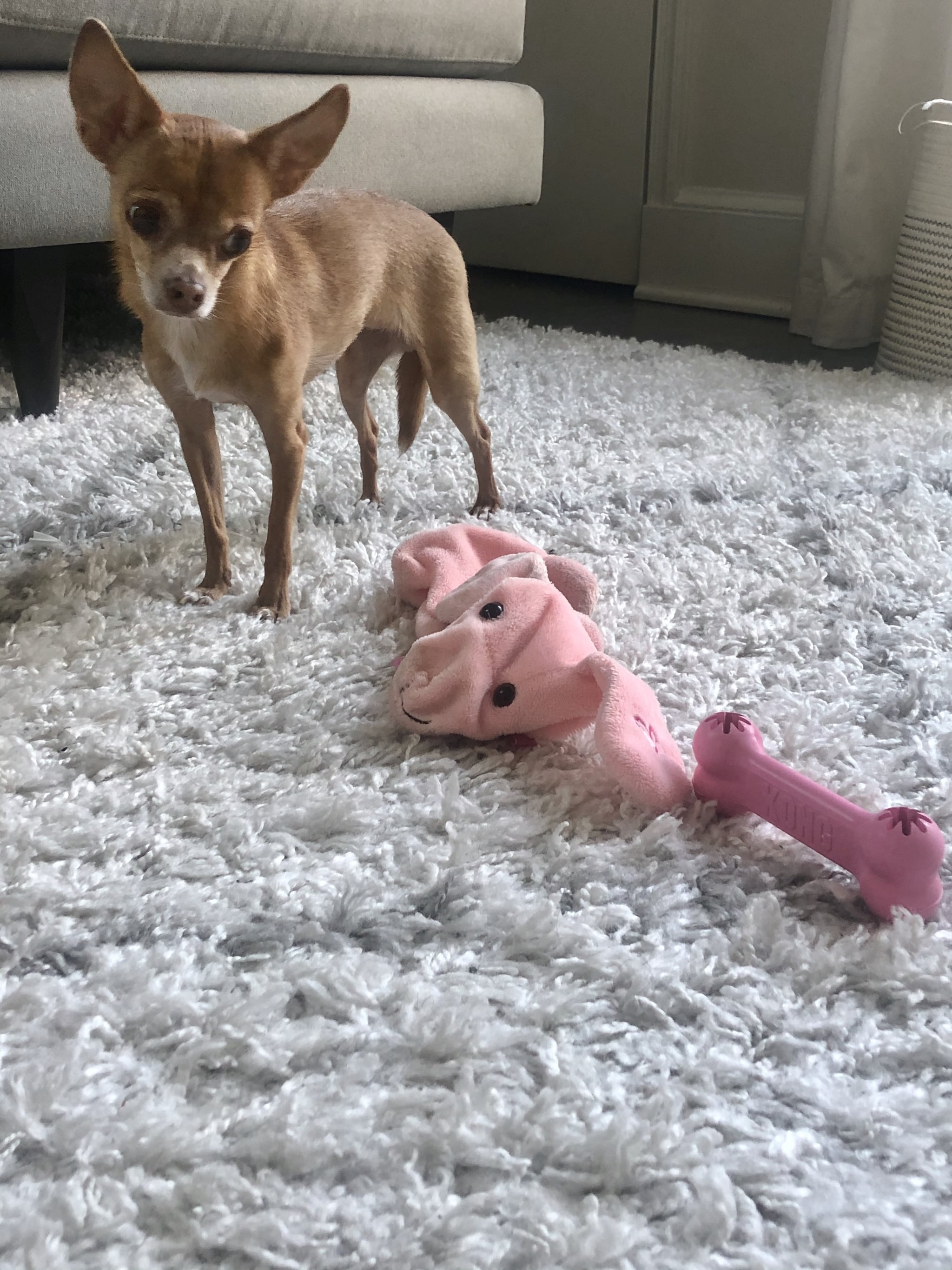 While finding the right type of toy and consistently encouraging interaction with it by using treats is important, Newman said it's no substitute for dog-to-dog playtime, which he feels is the quickest, most efficient way for your dog to learn to play with toys. "I say forget the toy. Go fulfill her mentally, physically, and socially in the ways she deeply and truly needs and wants."

I've realized that since the moment I welcomed Bambi into my home, I've tried to make up for the neglect she endured by showering her with love, hoping to protect her from any further pain. Coddling her is likely the real reason she's never learned to play with toys. I allowed her social anxiety to dictate how much canine interaction she had, and it's hindered her from the thing she needs the most to encourage her love of play, which is other dogs. Rather than constantly buying new toys, hoping that one will excite her, my new plan is to commit to visiting the small dog park at least twice per week to build her confidence. More than anything, I'm committing to training myself to give her the space and encouragement she needs to let her guard down and just have fun.