Sure, awkward moments can lead to a wrinkle or two, but don't let them get you down. We've partnered with Clarins to show you that they're #worththewrinkle.

We all have those instances that are so cringeworthy, they make you want to crawl under a rock. You know, like that one time you smiled flirtatiously at the cute guy on the subway, only to realize he was smiling at the girl behind you? Yup, those times. We've all experienced them, and they're inevitable, but instead of going through life trying to avoid these moments or stressing out about them, take them in stride and learn to not take yourself too seriously. It's OK to laugh at yourself sometimes. After all, it's part of what makes you human, and one day (long after the trauma has subsided), you may even appreciate them for making you a stronger person. Keep reading to get a laugh out of these 10 totally relatable awkward moments, and the next time you find yourself in a similar situation, remember it's not the end of the world! 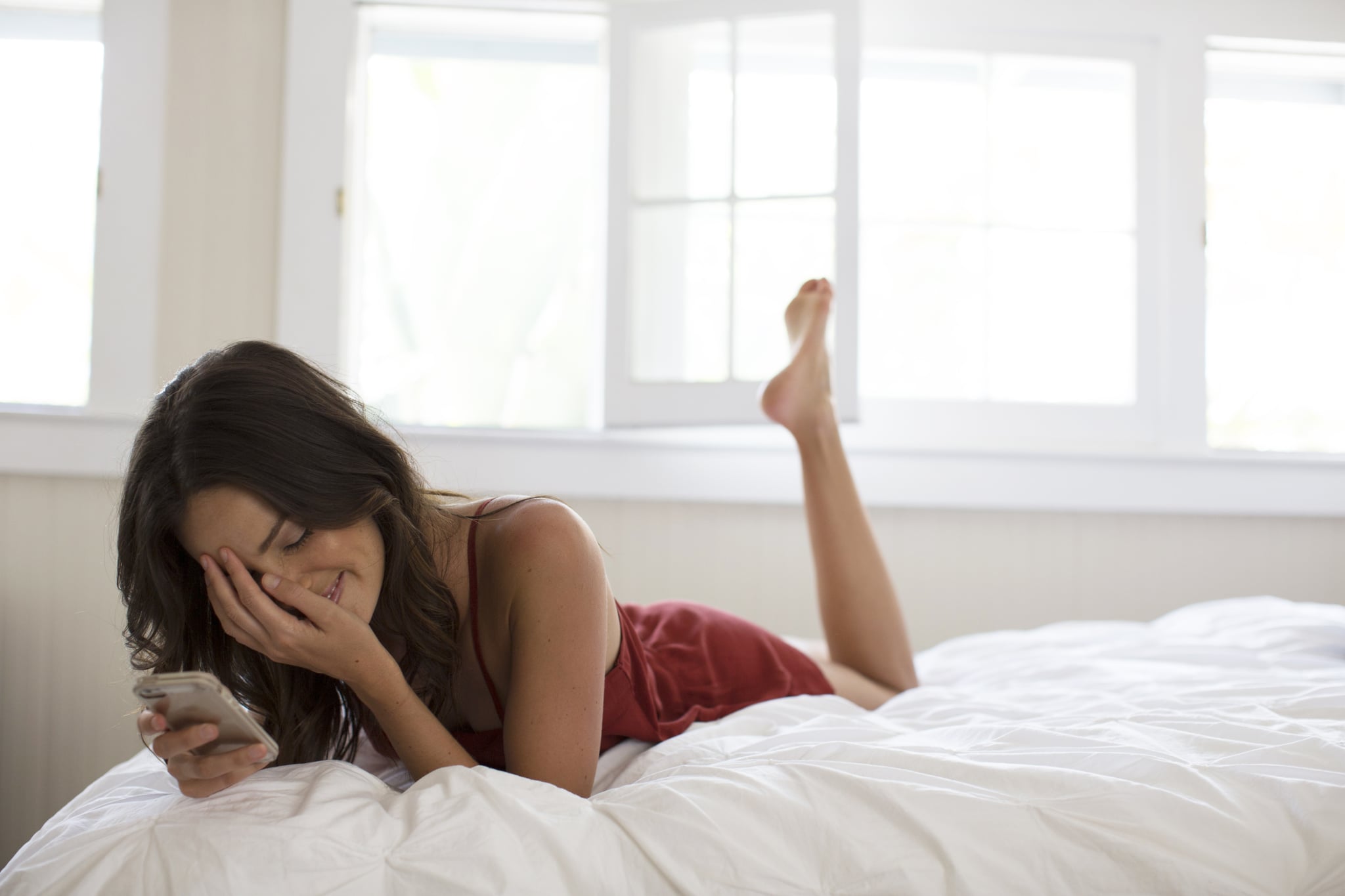 1. Tripping over your own feet

Or even worse, falling. For no reason. On a busy sidewalk.

2. Sending a text to the wrong person

Nothing is more mortifying than realizing a nanosecond too late that you sent that catty/whiny/totally inappropriate text to someone it definitely wasn't meant for.

The one time you mess up your perfect parallel-parking streak happens to be in front of a crowded cafe full of people sitting outside. Classic.

4. Being left alone with someone you didn't want to be introduced to

Being introduced to someone new can be an awkward situation in itself, but it's especially painful if you're in the middle of talking to a friend when your friend's acquaintance approaches and your friend makes a hasty getaway, leaving the two of you alone. Just as bad? When a third person joins your conversation and completely dominates it, leaving you standing there awkwardly.

5. Accidentally "liking" a photo of someone whose profile you're stalking

We're all guilty of the casual (or not-so-casual) cyberstalking, whether it's an ex's new love interest or an old friend you lost touch with over the years. But it's game over when you realize you just double-tapped.

6. Laughing to yourself while riding on public transit

Whether it's from a hilarious text or just because a random funny thought popped into your head, laughing out loud while you're sitting by yourself on the subway or bus never fails to elicit a few strange looks.

7. Hearing your name called while waiting for a table at a popular restaurant and it's not you

It's pretty awkward when the hostess calls your name and three other people step forward. Same goes for picking up your drink at the coffee counter.

8. Saying hi to someone and they didn't hear you

Don't you hate when you see someone you know and try to say hi, but they're totally oblivious? It's pretty satisfying once you do get their attention — even if it took you yelling at the top of your lungs and sprinting through traffic to do it.

9. Having someone point out that the price tag is still attached to your new jacket

As if you thought having your size on display was bad enough, now everyone knows how much you spent (or didn't spend).

10. Walking right past where you're supposed to go and having to backtrack

No, you're not a noob or a tourist — you just spaced out for a second.

Meet Carlie Butler and her beauty must have, Multi-Active. The best parts of life are #worththewrinkle.