We've partnered with Luna Bar to empower women everywhere to push for equal pay and fair treatment. After all, equality can’t wait for someday — someday is now.

Some of the most insidious problems in our society are the invisible ones. It's easier for something you can't see — like the gender pay gap — to fly under the radar, while the more apparent issues like crumbling infrastructure or affordable housing get all the attention.

Take the gender pay gap, for example. Many women will never know exactly how much money they’re losing out on per year, but the statistics are shocking. According to the US Census Bureau, on average, American women earned just 80.7 percent of what their male counterparts earned in 2017. The discrepancy gets even worse when you break it down by ethnicity: Black and hispanic women earn just 67 and 58 percent, respectively, of what men do. That means it would take the average woman several extra months of work to reach parity with the average man.

Though this wage gap affects nearly every field, it’s particularly problematic in professional sports. While male athletes often receive massive contracts, huge roster bonuses, and even bigger endorsement deals, female athletes don’t always get the same treatment. The US Women's National Soccer Team has recently started speaking out about their pay (or lack thereof), and this year, Luna Bar decided to do something about it. On Equal Pay Day, Luna Bar announced a donation to pay each of the 23 players on the Women’s World Cup roster the exact difference in the roster bonus a player on the US Men’s National Team would have made.

Of course, professional soccer isn’t the only field where this is a problem — pretty much every working woman will deal with the gender pay gap at some point in her lifetime. Take inspiration from the badass players on the US Women's National Soccer Team to do your part to fight the gender pay gap — starting with these three lessons. 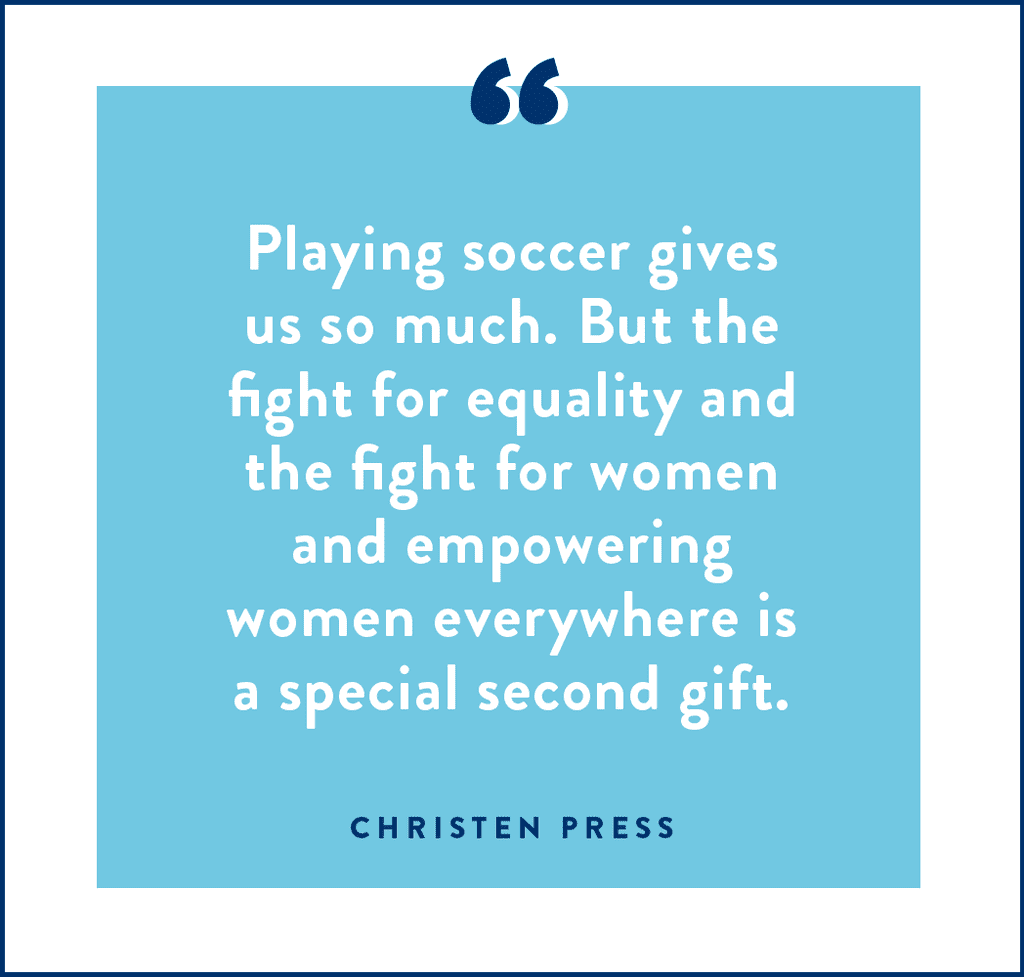 The more attention the fight for equal pay receives, the more likely we are to eradicate the gender pay gap. That’s why the U.S. Women's National Soccer Team has been so outspoken about their pay: The players realize that their notoriety gives them an incredible platform to effect change. Do your part by bringing attention to it the best way you can. Advocate for equality on your social media, or wear blue LUNA Laces to spark a conversation about equality. If you’re a manager, push for equal pay for all of your employees. Encourage your friends to practice negotiating, or help them research the going rate for their industry. Every little bit counts! 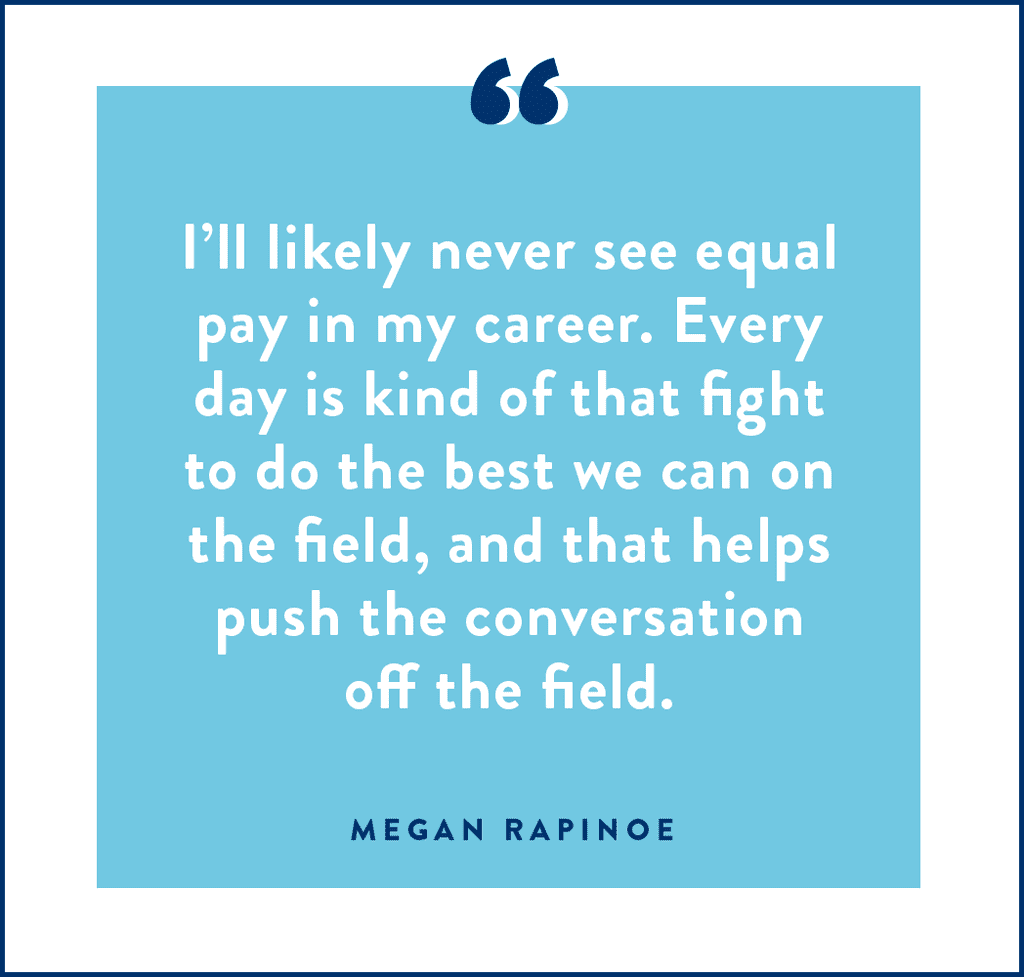 The battle for equal pay has been a long one: Feminists have been campaigning for fair wages for women since the late 1800s. Though we’re much closer to closing the gender wage gap, there’s still work to be done. Keep equal pay relevant by making it part of the conversation. Talk to your family, friends, coworkers, and even acquaintances about it, so they can be educated allies in the fight for equality. You can even lobby your representatives at the local, state, and federal level to push for legislation guaranteeing equal pay for all.
Fight For the Future 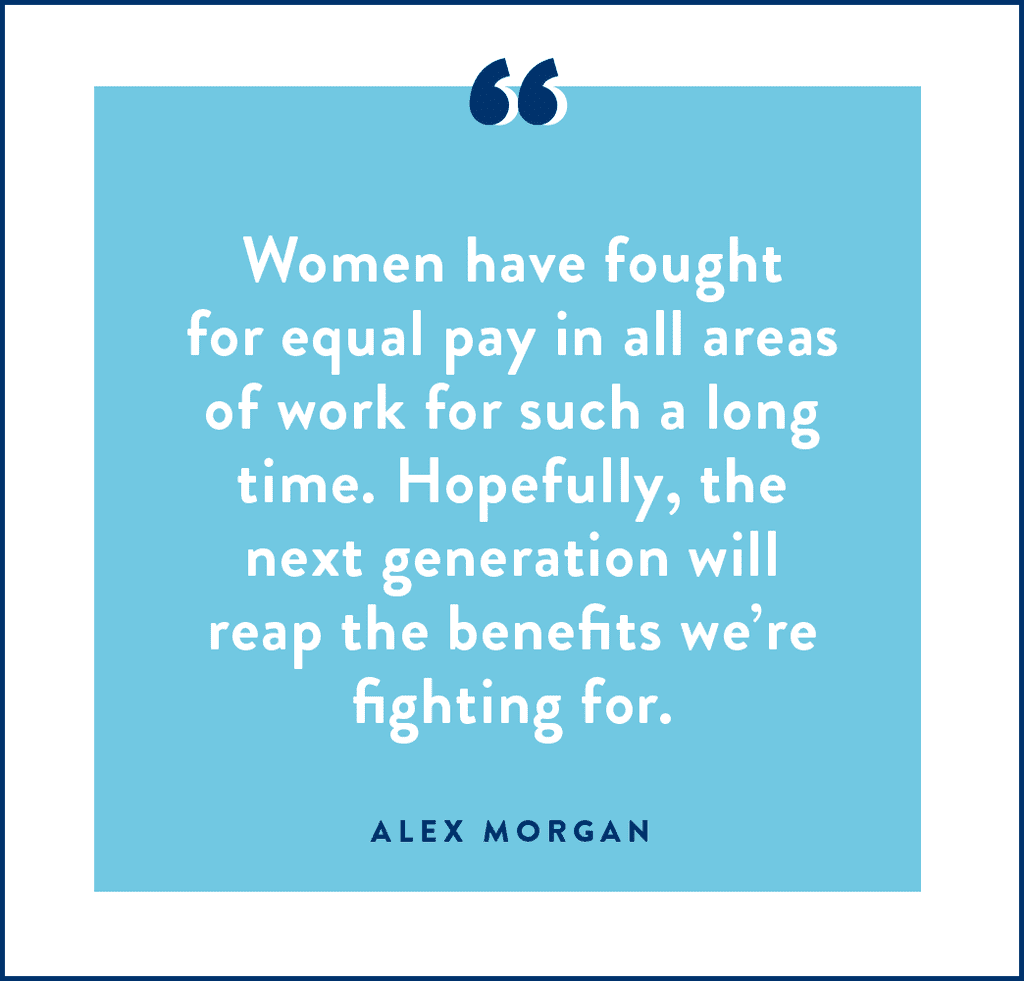 Just as the working women of decades past did for us, we need to keep fighting to improve the lives of future generations. Equal pay won’t just benefit you in your lifetime — it will also ensure that women of the next generation and every one after that are treated fairly and equally at work. Remember that this isn’t just about your paycheck: It’s about making sure the women in the workforce are valued just as highly as their male counterparts. That’s something we can all get behind.
Whether or not you are personally being paid fairly, the gender pay gap affects all of us. No one wants to feel like they're undervalued, or wonder whether or not they make as much as the guy in the next cubicle. By taking a cue from the US Women's National Soccer Team and advocating for equal pay, you're helping to build a fairer world for all of us — one paycheck at a time. 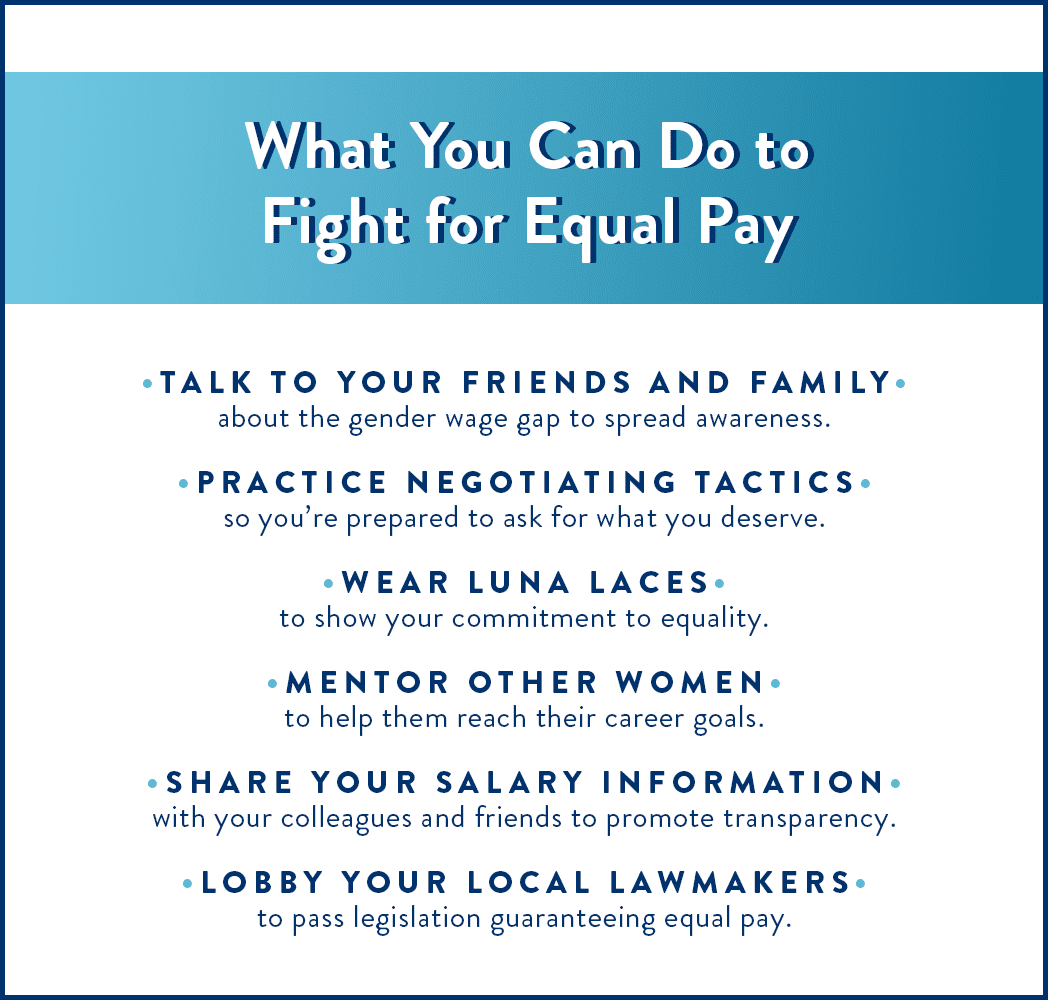