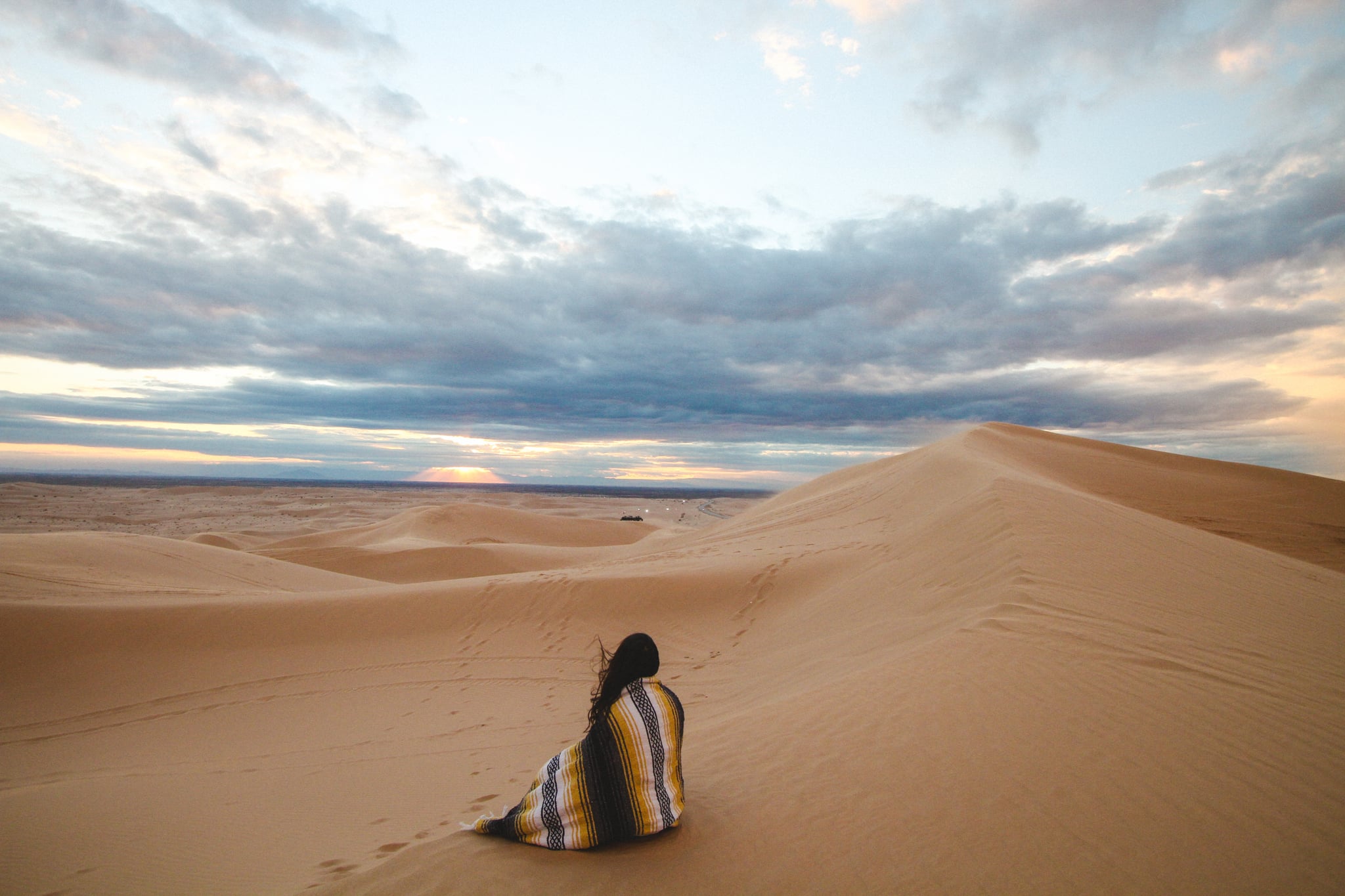 Calendar reminders, Outlook invitations, notes in my phone, early morning gym classes, work deadlines, work events, dinners with friends, date nights: these were a few of the things that made up my life as of about four months ago. If you're anything like me, this list probably sounds pretty familiar. You're constantly moving from one thing to the next barely stopping to process all that's going on. My weeks were scheduled to the minute — I rarely had an evening where I went straight home after work, and if someone wanted to make plans, the conversation usually went something like, "Great! How's two weeks from next Tuesday?"

Now, I'm not complaining. It was a blessed life, one I am so grateful for and worked hard to get. I had an amazing job as an editor for a fashion magazine in NYC, lived in a studio apartment on the Upper East Side, and had an awesome group of friends. It was everything my little 16-year-old self had only dreamed of. But for some reason, something felt like it was missing.

Let me take a step back and explain. Throughout my years working my way up the magazine ladder, I simultaneously learned more about my religion. I was raised secular, as a reform Jew in a suburban town in New Jersey, but throughout college and in the real world, I got connected to classes that taught me so much more about the magic of Judaism. We delved into classes on relationships, prayer, the power of the Jewish woman, and where it all stemmed from. Slowly, I began wanting more. I started observing Shabbat, began keeping kosher, and completely fell in love with the spirituality of it all. While doing so, I learned about different programs in Israel where I could live and learn for a period of time to go even deeper. But I never thought I would be able to do one. I've been planning out my life since college, going nonstop just to get to exactly where I was. I wanted it so badly. How could I give it all up?

Related:
Why We Quit Our Jobs in Advertising to Scrub Toilets

Well, in reality, as much as I loved what I did, it wasn't what it used to be. People were getting laid off at the magazine right and left, I was going on one bad date after another, and when it came to the day-to-day, I started to feel a bit robotic, commuting nearly an hour each way with pushy New Yorkers, and found myself in a bit of a rut. I needed a change, and going to Israel seemed like the perfect (albeit most terrifying) one.

I'll never forget the day I went into my boss's office to tell her I was leaving. It was the most surreal experience of my life — quitting everything I've worked for? I don't think I've ever been more nervous. But when we talked it through, she was incredibly supportive and encouraged me to go for it, which gave me just the extra boost I needed. Three weeks later, I was on a plane, headed into the unknown to a school that's known for teaching women leadership skills, opening up space for introspection, and in my case, pushing me completely out of my comfort zone.

I went from living alone to sharing an apartment with seven other girls and from a full-size bed all to myself to the bottom bunk. I went from brushing elbows with celebs on the red carpet to sitting in a classroom for nine hours a day. And it was undoubtedly the best thing I've ever done. I had a roommate from South Africa and another from Amsterdam; I had teachers who challenged me to think outside the box, to figure out who I am and want to be, while at the same time really learning to trust myself. I became less attached to the crutch of NYC and learned how to live in a totally new, foreign city. I met the love of my life and got engaged. And it was all because I decided to throw out the rule book for a second and, as cliché as it sounds, just say "YOLO."

I'm not saying it was easy. It was the scariest thing I've ever done. I've been a type-A planner since I was born, always knowing exactly what's coming next. Yet going completely against my nature and just letting go, not knowing for once, ended up gifting me with the greatest things I've ever received.

I'm not saying everyone needs to make a drastic move in their life to get to the same place. But if you're itching for adventure, a break from the routine you've been living in for years, a new career, whatever it may be, I urge you to go for it. You may be completely terrified, you may stumble and meet obstacles along the way, but you have no idea how much you'll gain on the other side after you take the leap.