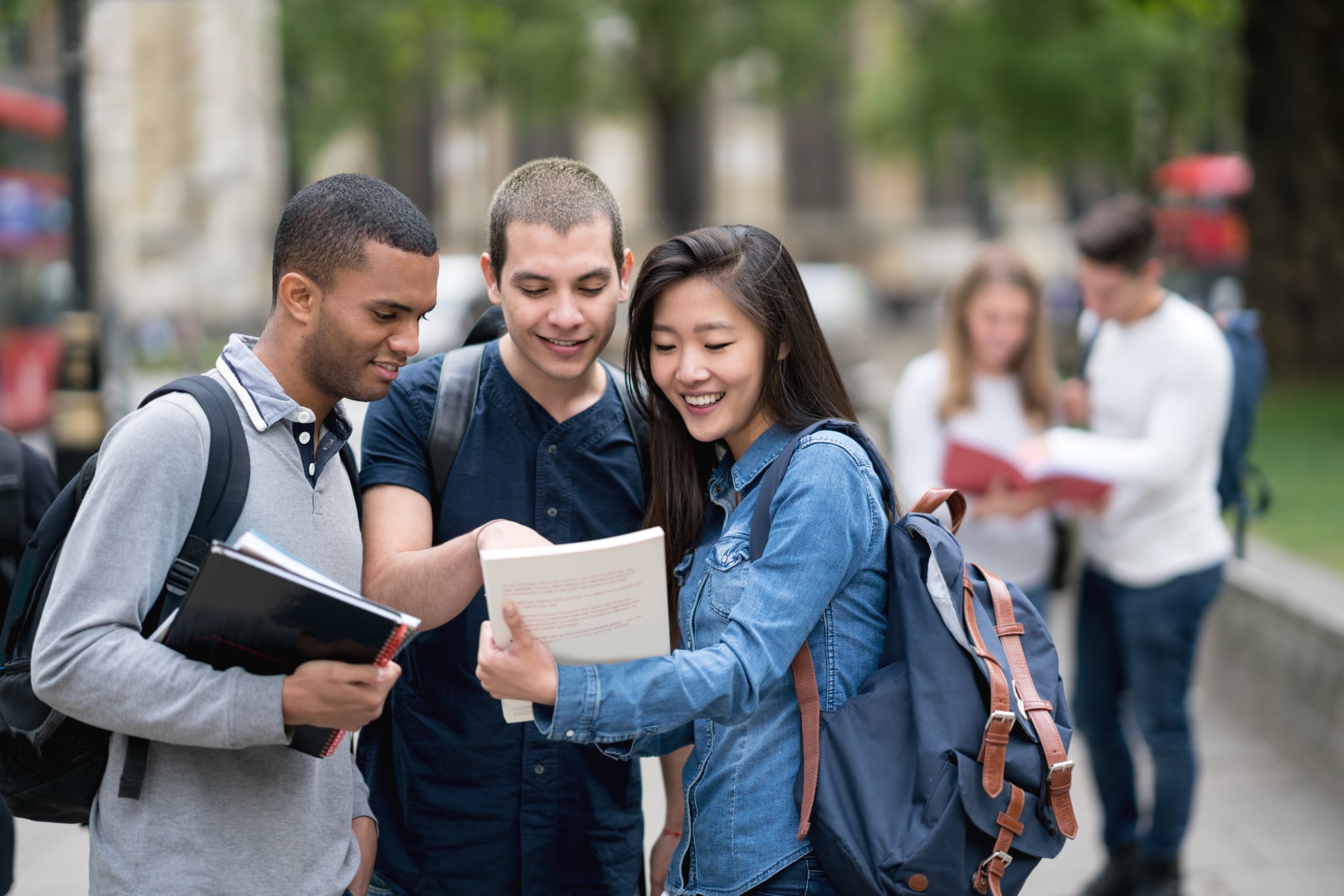 By the time I had my college degree in hand, I had studied at four different institutions in four countries in four years. If that sounds a bit absurd, that's because it is. Trust me, that course of action wasn't always the plan. What began as a decision (which I thought was final) in the May of my senior year of high school to enroll in a university in Canada evolved into a four-year-long journey that took me across the Atlantic Ocean and back (twice) and resulted in a degree in international relations cobbled together from the credits I had earned.

The problem with having the "college years" constantly depicted in media is that it gives you an idea of what you think this experience should look like. There's pressure to make them the best years of your life, because that's what we're told they are.

Like many of us out there, what I thought I wanted when I was 18 turned out to be wrong. And that's OK. I have forgiven myself for making the decisions I felt were appropriate at the time, even if they turned out to ultimately not be in my best interest, because every step along the way has delivered me to the moment I find myself in now, and I am grateful for that journey. But for a long time, a cloud of expectation and disappointment hung over my head, because I found college more personally challenging and objectively less fun than I had expected. I felt so much pressure to have this unforgettable college experience that I saw in so many movies and TV shows growing up. Don't get me wrong — college was really fun in some ways. I showed up for my freshman year and promptly began a routine that included heavy drinking and partying two to three nights a week, partially because I thought that was what I was supposed to be doing, and partially because I was enjoying my newfound freedom and, frankly, was having a blast. But a few semesters later, and after an alcohol-fueled event that resulted in a traumatic experience I am still working to heal from, I realized I needed to change my environment.

Uprooting myself from a place I had spent two years settling into in order to transfer schools was not easy. I arrived at my new school, this time in my home state of New York, at the beginning of my junior year, surrounded by groups of friends who had spent years getting to know one another while I only knew a handful of people. There were many weekends when I had few (if any) plans and would sit in my room alone and think about all the fun my friends were having back at my old school at that exact moment. But once I realized that this idea of a classic college experience was gone, and it was never going to be what I had thought it should or could be, I decided that I was now on my own path and it was up to me to chase after the experiences and types of education that I really wanted. I ended up spending six months studying in Istanbul in 2015, returned to New York for a year, then finished the remainder of my credits in Kazakhstan. These opportunities were a result of the path I had chosen and wouldn't have been possible otherwise.

When I think about my nonlinear path toward my degree, I have some regrets. Do I think I could have had a different, and in some ways better, experience had I settled down and stayed at the same college the entire time? Absolutely. I think about the peers I graduated with in the Political Science department at SUNY New Paltz and marveled at their years-long relationships with professors and unity as a group, something I had missed out on by virtue of not being around that long. I think about the people I had started school with in Canada and their raucous graduation celebrations after four years of shared memories with the same group of friends and how I never had anything similar. I feel pangs of regret that I denied myself those distinct adventures, elements of a college experience that have the potential to culminate in that time being looked at as the best of your life. But I respect and admire my own experiences, and the way I look at things, my life is only just getting started. I'm excited for the great years that lie ahead of me.

I believe that if you're lucky enough to be able to do so, going to college is one of the most unique experiences in a person's life. But when we think about the "college years," we often keep in mind one very specific iteration of the experience, one in which you're away from home, living in some form of student housing with a bunch of friends, hanging out around a bucolic campus, going to sporting events and parties, and having the time of your life. For some, the scene I painted may ring true. But if it doesn't, that's OK, too. The problem with having the "college years" constantly depicted in media is that it gives you an idea of what you think this experience should look like and be comprised of. There is pressure to make them the best years of your life, because that's what we're told they are.

But why is that? Is it because we live in a society that fetishizes youth, particularly in women, and college years are the earliest years of young adulthood? Is it because we're going to emerge from our college years soiled and wrinkled? Is it because everything starts to go downhill the minute you grow up? I say absolutely not. When you graduate college, there is so much more to come. It's important to not get caught up in making those four years the "best," because the rest of your life is still out there, and there's no telling what joys those years will hold. College can be fun, but it's just the warmup.