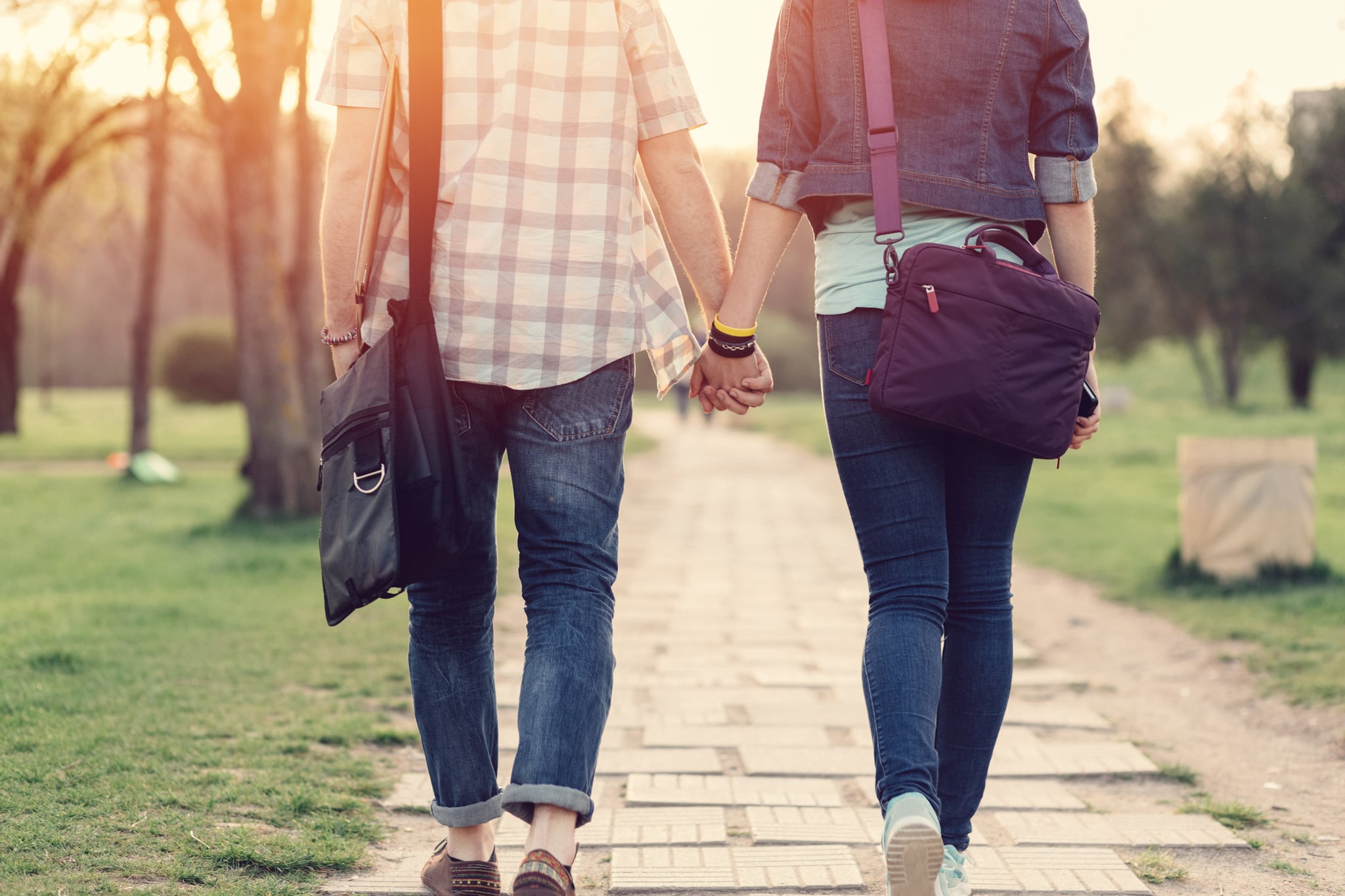 I was 14 when I fell in love for the first time. We met on a warm Friday in May, shortly before our freshman year of high school ended, and by August, our parents were already warning us not to get too serious. Without the adult responsibilities of bills and jobs, all we had to focus on was each other. And we really, really did. We snuck out at night, laid underneath the stars, danced in the street, were each other's firsts for almost everything, and promised each other one chilly September night to never fall out of love. "It will always be you, kid," he said.

It was as if we were in on a secret that the entire world was naive to. We talked about getting married, thought seriously about finding a way to do it without our parents' permission, and mapped out our dreams for the future. He wanted to be a lawyer, me a writer. And while we knew we had not yet really entered the world, we relied on each other enough to want to tackle it together. I felt invincible, because I had found my closest, truest friend.

Of course, we broke up. We broke up several times. We fought about nothing and everything. But during our senior year, a few weeks after my 17th birthday, we broke up for the last time. And while we never got back together after high school, we followed each other to the same college.

The next four years were a blur. Being around each other without really being in each other's lives caused me more pain than I had ever known. My friends all offered the same advice, insisting that I just needed to give it time. But for me, time only made things worse. And while I was surrounded by so many people, I had never felt more alone. I knew I had to figure out how to move on on my own, I just had no idea where to start. Here's what I learned.

Despite what everyone told me, there was no special formula I could follow to get over him. Time just meant our past kept moving further away from me, alcohol made me emotional, and new relationships made me feel even more empty than I was before. After a few years, I even wept over the realization that the memory of the sound of his voice was beginning to fade. Instead of healing me like it was suppose to, time kept betraying me with every new day. Even today, when I think about it too much, it can be a little hard to breathe.

2. You eventually have to forgive yourself.

After we broke up, I punished myself because I thought I deserved to be hurt. I gave pieces of myself away to people who didn't deserve them and was reckless with my life because I stopped caring. I resented who I was, had no idea who I wanted to be, and buried myself under terrible things because of it. After four years of destruction, I knew I couldn't do it anymore. And as hard as it was, I started to forgive myself for the mistakes I made as a teenager. The person I was then wasn't there anymore, and I had to start acting like it.

I was born with an independent soul, but being on my own after my first heartbreak was more difficult than I had anticipated. It took me a really long time to realize that I had to stop searching for answers. Instead of trying to fill the void, I forced myself to feel every inch of it. And eventually, I started feeling comfortable not having anyone to call at night and started to enjoy the silence in between my thoughts.

4. Sometimes running away from your problems really is the answer.

We went to college 20 minutes from where we grew up, so by the time we graduated, I couldn't stand the sight of the city anymore. Everywhere I went was stained with memories and when I started to google things like "how do I survive this," I knew I needed to get out. Less than three months later, I packed up and moved to Ireland. I had studied abroad there in college and for some strange reason, Ireland felt like home to me. I knew next to no one when I moved back, but the second I stepped off that plane, my sadness suddenly lifted. I fell in love . . . with the people, the places, new friends, and most importantly, myself. I saw beautiful places not to share them with anyone else, but to make my own memories. And instead of wishing for happiness, I started insisting upon it. I brought myself back to life, and I will always be proud of that.

5. It may never completely leave you.

I've been in love twice in my life, once with him and once now, with the Irishman I met eight years ago. And while I constantly question how I lucked into the life I have now, with the man I have now, there will always be a small corner of my heart that will remain closed. The corner that I sometimes still can't believe is standing after what it went through. The corner that still stings at the thought of what once was and what could have been. The corner that I know would surely shake if I were to ever see him again. But it's there, and I'm here, living out the dreams we had talked about accomplishing together. And while getting over him was the hardest thing I've ever done, when my future daughter asks me about the great, big, life-changing love of my life, I'll smile and say, "You're looking at her."