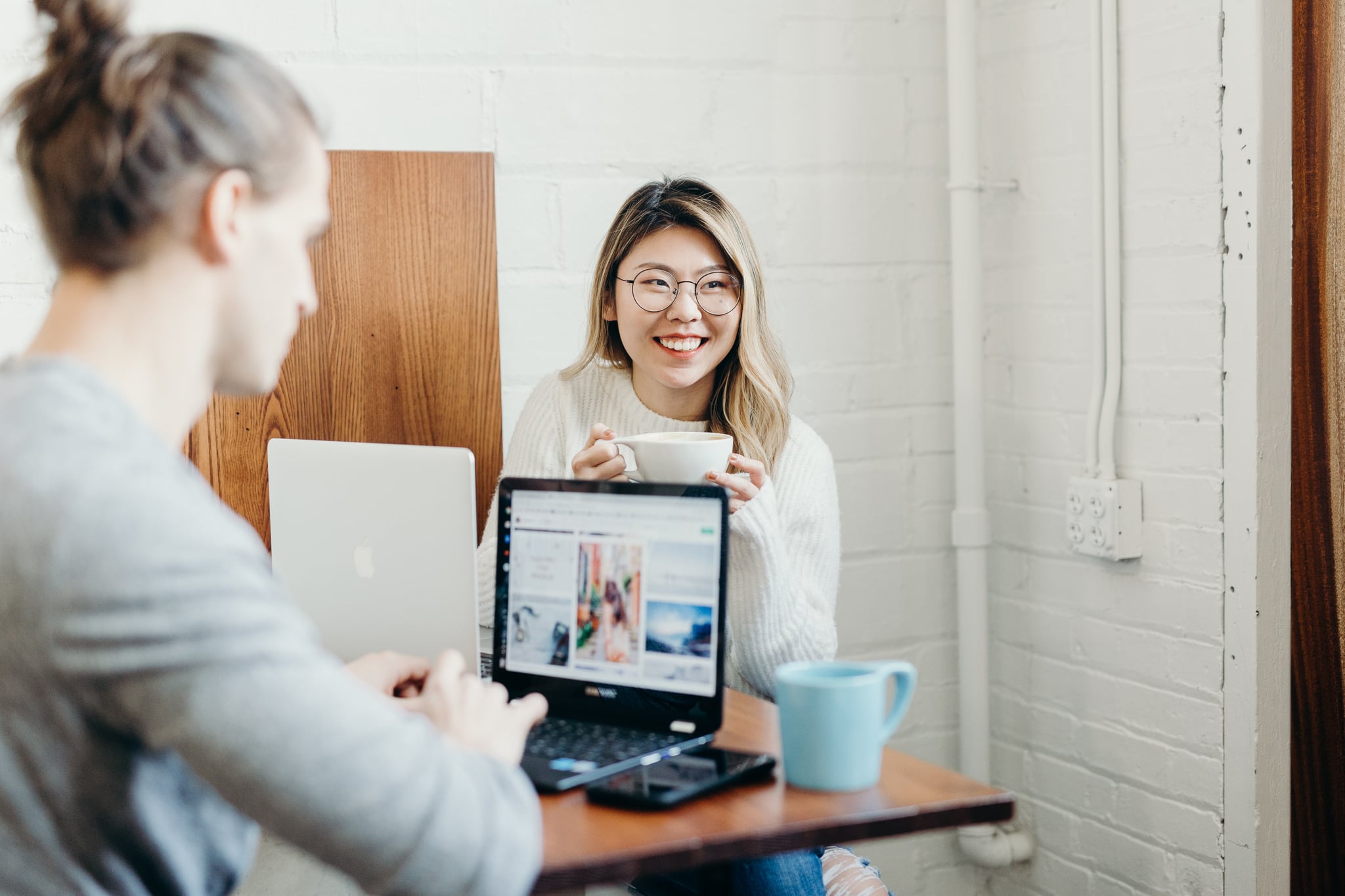 I never thought my screen time was that bad. Sure, I'm on my phone a lot, but it wasn't until I started receiving notifications from Apple informing me of just how much time I was spending on it each week that I realized the damage it might actually be causing.

I had been experiencing more frequent headaches off and on. After I ruled out being dehydrated, sleep deprived, or hungry each time — and completely passing up the internet's subtle suggestion of eye strain — I would always go back to the fact that I probably have some sort of extremely rare brain disease (pro tip: don't Google your symptoms . . . ever).

After talking to my friends about it, one suggested I get blue light glasses. My first thought was, "Do those things actually work?" I work on my computer pretty much all day, and "breaks" consist of scrolling through social media, so drastically cutting back on screen time wasn't really an option for me. But I've been doing that for years. I didn't think any ol' blue light glasses could help now. But after reading about the negative effects of looking at screens too much, I took her advice and ordered a pair (I got these stylish ones on Amazon for $20!). Here's a breakdown of what happened when I wore them for a full work week:

After opening them and trying them on, the first thing I noticed was how light they are! They also come with a testing strip and a blue light so you can see that the glasses actually work. There's a very slight blue tint to them, but I only noticed when I really looked. I wore them for about three hours in the afternoon while I worked on my computer and didn't have a headache by the end. I also tested them while looking at my phone before bed, but I had trouble falling asleep.

Although I fell asleep later than usual, I got up early because I had a full day of work ahead of me. I wore the glasses all day, from the moment I opened my computer until I made dinner. In total it was about nine hours. By the time I got in bed later that night I had a headache and was super tired. Not knowing whether the headache was due to less sleep, a large amount of screen time for the day, or something else, I was glad my glasses test was only in its second day and I could see if things were different tomorrow.

With a lot of work to get done this day, I wore the glasses from 9 a.m. to 5 p.m., just like the day before. No headache!

Since I had two long days of working on my computer, I took the morning off and didn't wear the glasses. In the afternoon I was only on my computer for about four hours and wore the glasses. They felt a little heavier, but it was another day of no headache.

This was another lighter work day, and I only spent about half of it in front of my computer screen. I did wear the glasses all the way until I got in bed and didn't notice them. I almost fell asleep with them still on!

On the days where I was in front of a screen for a significant amount of time, I did notice a difference in how I felt. There was no achiness around my forehead or behind my eyes, which is normally where I feel headaches and tension. I only noticed I had them on when I had worn them for a few days straight, but other than that, they were comfortable and didn't bother my nose or ears. While I know they won't solve all of my problems related to looking at screens all day (hello, poor posture!), I'm impressed with the results and happy I bought the glasses. I would recommend them to anyone who also has to look at a screen for prolonged periods of time!