POPSUGAR / paid for by / Zevo

Together with Zevo, we're spilling all the nitty-gritty bug facts — and what you can do to outsmart the pesky critters.

When you hear the term "adulting," your brain might immediately think of stock options, investing in a 401(k), buying a home, scheduling your own doctor appointments, or even making a trip to the post office. But I'd argue nothing propels you into adulthood like dealing with bugs. From the time I was 22 years old, fresh out of college and living in my first New York City apartment, until now, an almost 31-year-old living in an upstate lake house, I've had to deal with all types of bugs. And let me tell you: you learn a thing or two when it's just you going to battle against these unwanted house guests. From ants and roaches to gnats and wasps, if you can think of it, I've dealt with it. Find out what I've learned along the way, and the Zevo products I've discovered that help me outsmart these household bugs and get them to buzz off. 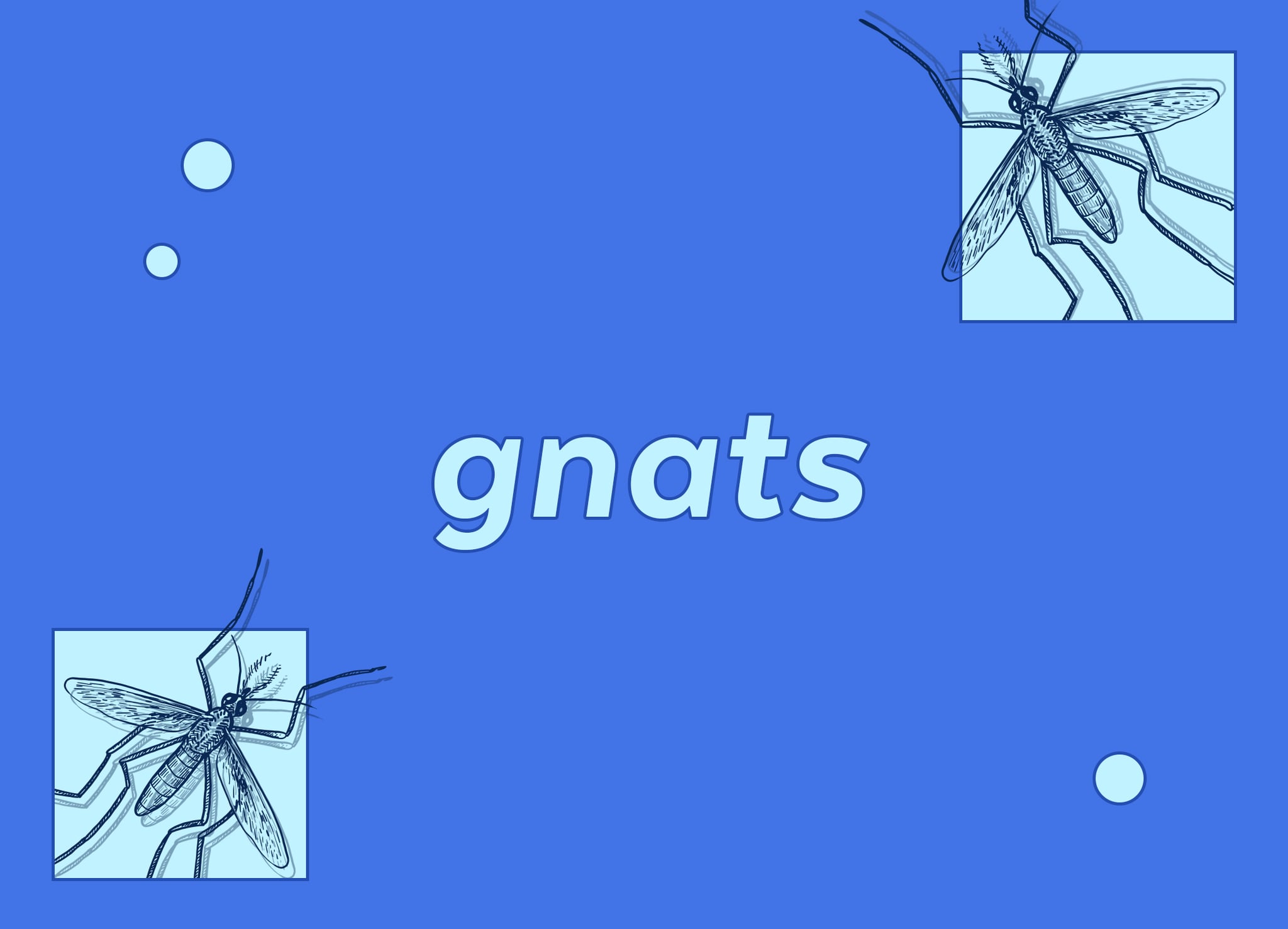 Nothing, and I repeat nothing, can test your will to live more than living with gnats. It was my first New York City apartment, and my roommate and I fell in love with the new finishes and the cheap rent. We were in Washington Heights, and I basically had to commute an hour downtown everyday for work, but who cared, we were living the dream! That was until we started noticing gnats flying around our kitchen. At first, I did what any self-respecting 22-year-old would do in my shoes: I called my mom. She informed me that they probably came in with a fruit or veggie and told me to throw away any bags of potatoes I had lying around. Did that. It didn't help.

I started noticing dead gnats littering the bottom of my fridge every time I opened it up, and the little buggers seemed to be attracted to my window AC unit. I tried every home remedy and spent hours on Reddit, but nothing seemed to be working. It was during my many deep dives online that I learned that gnats are attracted to stagnant water and smells. They were probably breeding in a dirty condensation pan underneath the fridge or somewhere nearby. Fortunately, our lease was up before I had to find out where. I got the heck outta that apartment, but since then, I suffer from a touch of PTSD every time I see a gnat in my kitchen. Luckily, I've found a product that kills them on contact (no more trying to "trap" gnats for me!). Zevo Fly, Gnat & Fruit Fly Insect Spray is powered by essential oils — which I love. Plus, it uses Bio-Selective™ Technology, meaning it targets nervous system receptors vital to insects, not people or pets. All you have to do is spray directly on the swarming pests and wipe away for bug-free living. 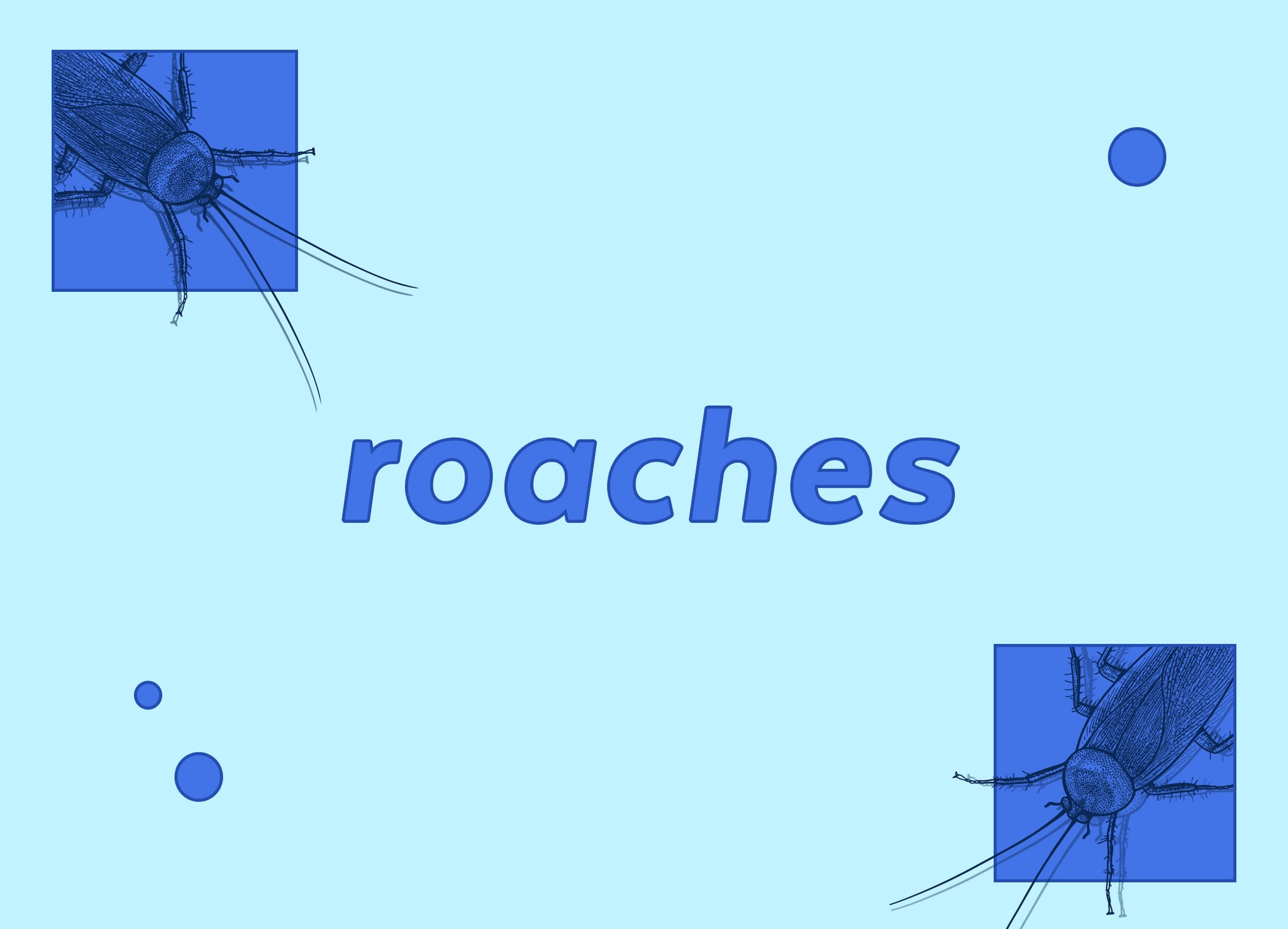 I hate to say it, but gnats weren't the only bugs I had to deal with during my time in NYC. Because let's be real: you're not a real New Yorker until you've gone head-to-head with a roach. First, I need you to know that even thinking about seeing these creepy-crawlers poke their little antennas out from a drain or a kitchen cabinet gives me the full-body shivers. So it's really taking a lot out of me to think back to my MacDougal Street apartment in Greenwich Village. It was a cute little railroad-style studio apartment with a bathroom adjacent to the kitchen (some of the older apartments in the building actually had a tub next to the stove) and was filled with historic charm. Plus, the location could not be beat. All the best falafel, pizza, and dumplings the city had to offer were literally next door. But what's a bad side effect of having restaurants as neighbors (besides the extra pounds)? Yup, you guessed it — roaches.

We noticed them the day we moved in. I actually screamed when one snuck up on me while I was trying to unpack our dishes. After that initial sighting, it was game on. After a heavy disinfecting session, I did a bit of research. According to what I found out online, the types of roaches I was seeing were German cockroaches, the thinner, more common cousin of the American Cockroach. Unlike American cockroaches (who love a basement or crawl space), German Cockroaches thrive in warm, humid places close to a food source, which explains why they were throwing a party in my kitchen cabinets. I learned that although they have wings, they rarely fly, preferring to run (there come my full-body shivers again). There is lore in NYC about never squishing a roach with your shoe because you'll spread eggs all around your apartment. I don't know if that's true or not, but I wasn't willing to take any chances. Before discovering Zevo Ant, Roach, & Fly Multi-Insect Trigger Spray, I would try anything to stop them in their tracks. I even went so far as spraying half a can of hairspray when I was viciously attacked in my bathroom. Thankfully, I learned about the instant action trigger spray from Zevo and never had that problem again. 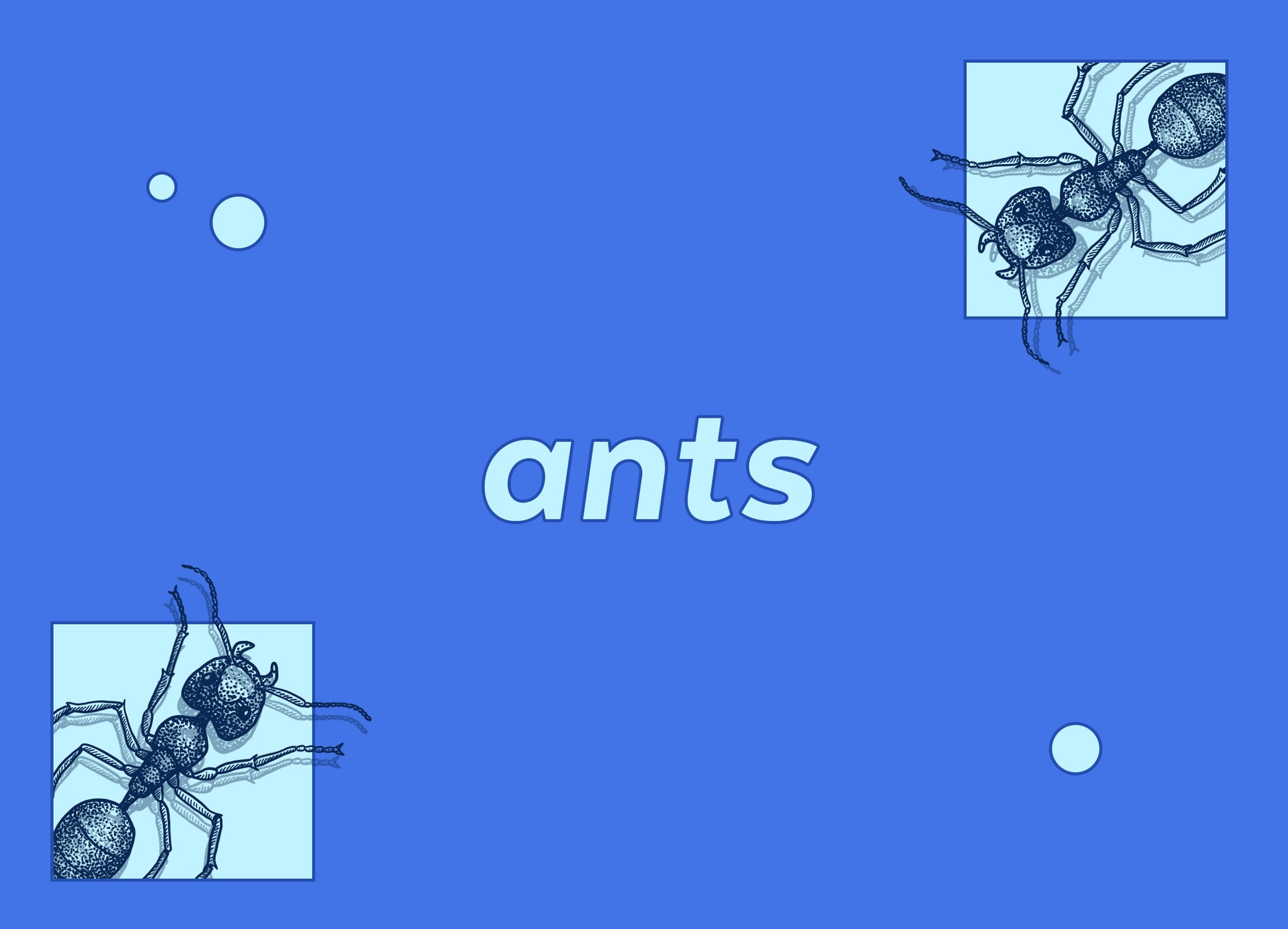 Ever wonder why ants march in a line? I did, too, when I once came home from work to find an ant army in my Jersey City apartment living room. Marching in both directions from my front door to my kitchen trash can (about 20 feet away) were about a thousand ants. Apparently, as ants walk, they leave behind a scent, so that they can trace their way back to the nest. Since ants are hunters and gatherers, they often need to travel far to find a food source, so this type of follow-the-leader behavior is common. I don't know how they discovered my kitchen trash can, but I was not about to let them make themselves at home. Using my Zevo Ant, Roach & Spider Crawling Insect Spray, I sprayed the whole darn line. Zevo is safe to use around people when used as directed and it's bio-selective formula meant I wasn't worried about going a little "spray happy" in my home. Plus, since it's made with essential oils, after I wiped the residue away, there was a light scent left behind that I definitely wasn't mad about. 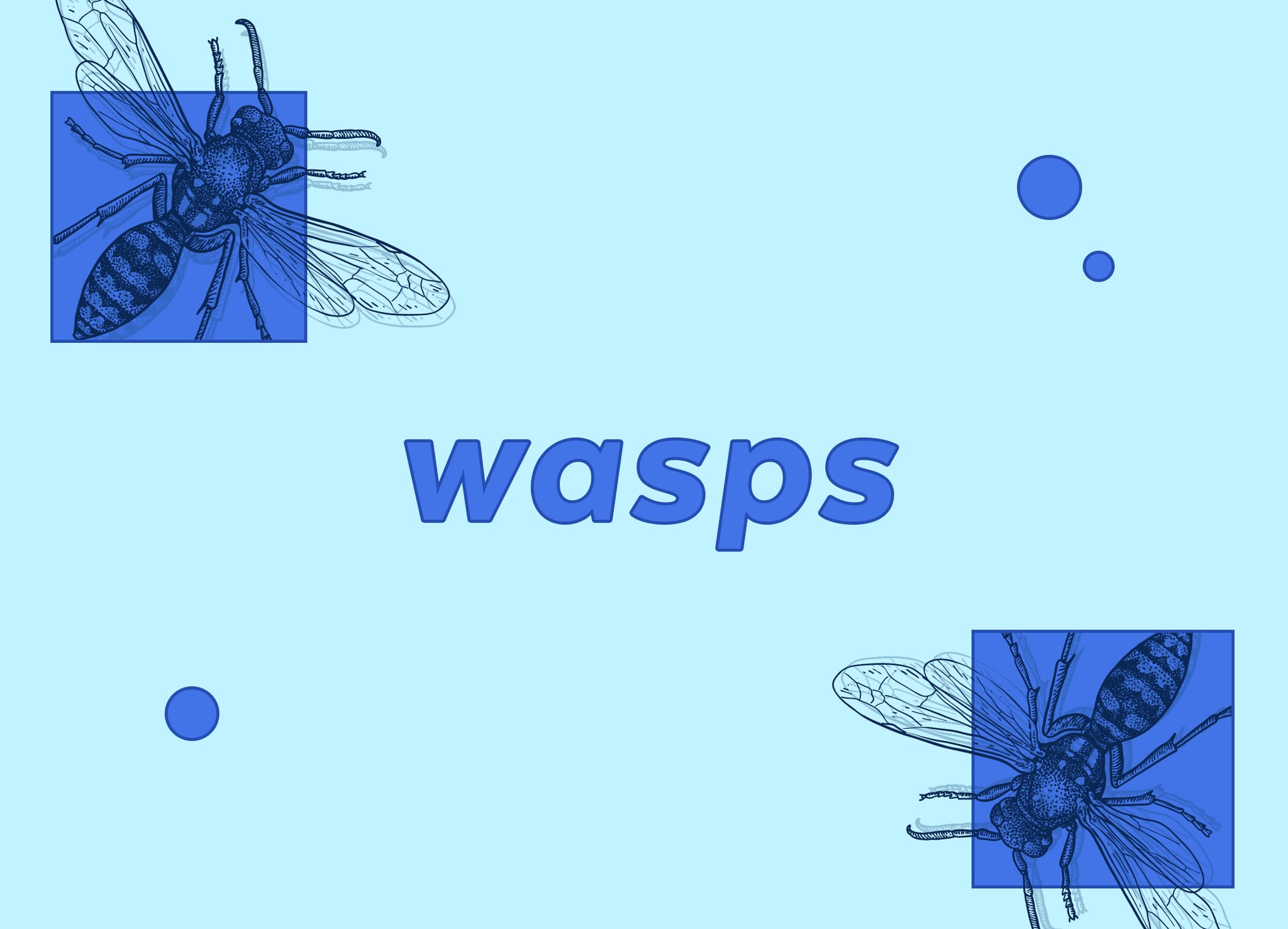 As you can probably tell, I've learned a few lessons about bugs over the years, but the biggest lesson was that when you research first, you can outsmart bugs. It's easy to go into full-panic mode when you see a bug around your home, but researching what that bug is and finding a method of removal that is safe when used as directed is really the only acceptable reaction.

Which brings me to my current problem: wasps. As mentioned, my husband and I now have a lake house upstate that we love spending time at as a family. We have a rule about bugs at this house: as long as they're outside, they don't bother me. As you can imagine, there are a lot of bugs when you're surrounded by nature, but I've followed that rule for the past three years until this spring. The problem is that wasps decided that the space above my sliding deck doors was the perfect place to hang out. What I know about wasps is that they don't often sting unless provoked or are trying to protect their nest. But try explaining to my 18-month-old that a wasp isn't a toy and that they don't want to play with him. We no longer hang out on the deck unless I have my Zevo Wasp, Hornet & Yellow Jacket Stinging Insect Spray on hand. It provides me with the peace of mind to know that I can take care of an aggravated wasp and protect my son at the same time. 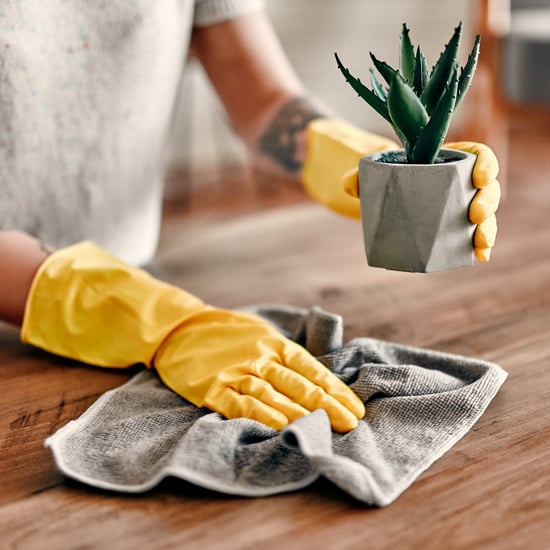 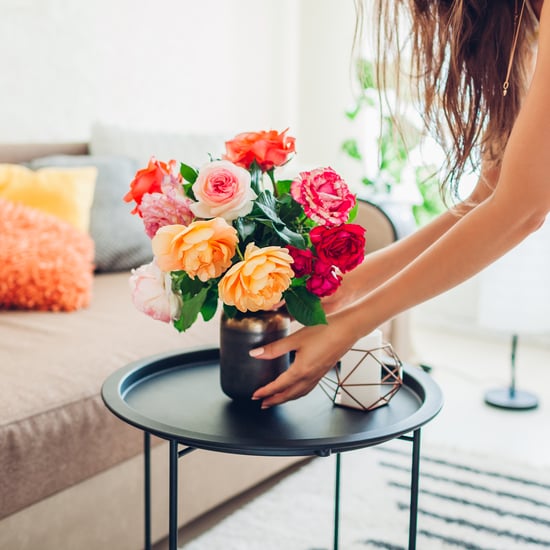