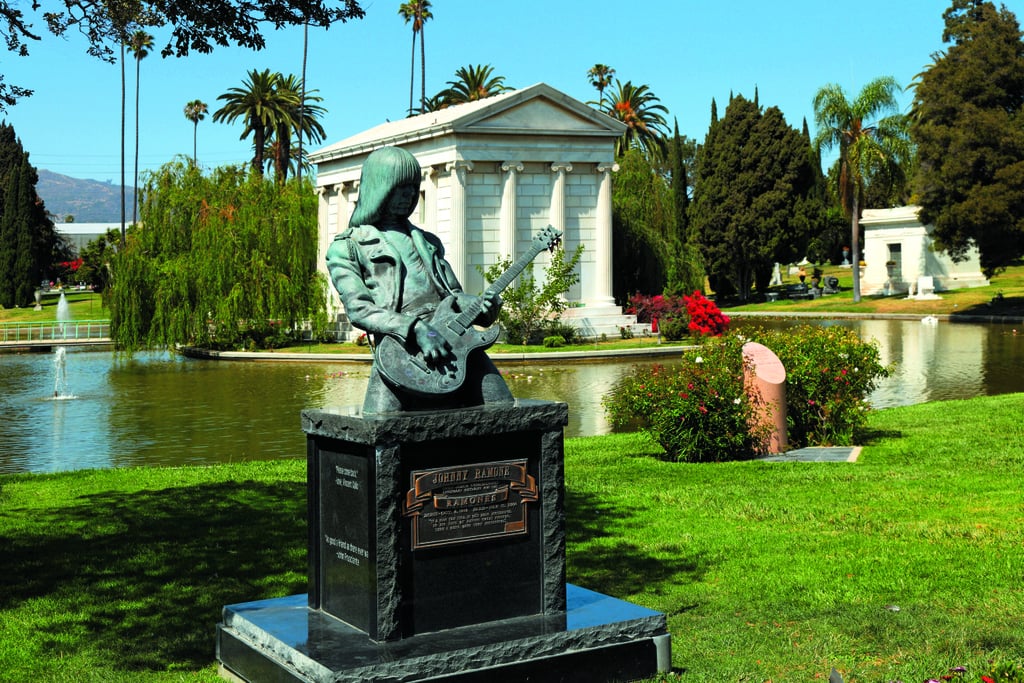 In the early days of the film industry, Hollywood Memorial Park was to die for. Film folk flocked to the cemetery, which backs against the Paramount Studios lot.

The Old Hollywood glamour wore thin and the cemetery fell on hard times, compounded by damage caused by the Northridge earthquake in 1994. Luckily, the cemetery was rescued in 1998 by a young entrepreneur who changed its name, showed movies on the mausoleum walls, booked concerts, hosted a huge annual Día de los Muertos event — and generally lured young people back to the graveyard.